Parrikar also said his remarks were not an expression of fear, but a worry. 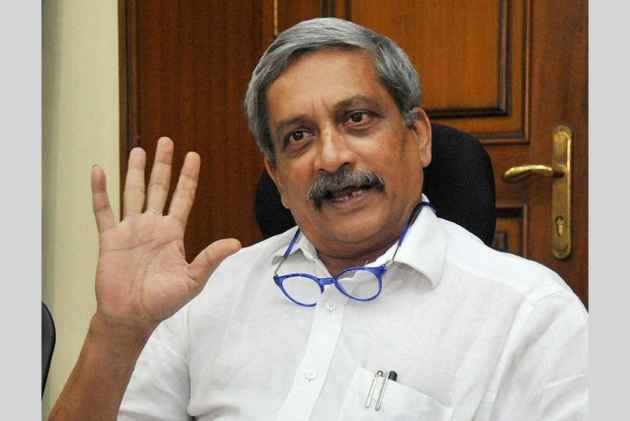 Facing criticism on the social media for his remarks on girls consuming liquor, Goa Chief Minister Manohar Parrikar today claimed that the media twisted his statement, while he had only referred to the "school and college students".

He also said that politicians needed to be careful while making statements, referring to his cabinet colleague, Vijai Sardesai, who had dubbed a section of domestic tourists visiting the coastal state as the "scum of the earth".

However, Parrikar also said Sardesai was not wrong in highlighting the issue but that he interpreted it in an incorrect way.

"I have begun to fear now, because even girls have started drinking beer. The tolerance limit is being crossed.

The chief minister today said, "If someone wants to purposely twist the statement, we cannot help it."

"It was twisted in such a way that finally the interviewer (the person who had taken the public interview of Parrikar at the event) had to intervene and tweet that I was referring to school and college students," he told reporters here, adding that he had "not asked anyone not to drink".

Parrikar also said his remarks were not an expression of fear, but a worry.

"I had said it was my worry, not even fear. Worry is different from fear," he said, adding that "worry is fundamental to every person".

To a question on Sardesai's comments on domestic tourists, the chief minister said, "Sometimes, a politician has to be careful while making a statement.

"But sometimes, if a report is filed by a journalist who was not present at the event, there is a possibility of dilution or modification of the statement."

He said Sardesai was referring to an incident of a tourist urinating from a bus window, the video of which had gone viral on the social media.

"He (Sardesai) should not have used very harsh words. I have spoken to him about it. He was not wrong in what he was highlighting. But he interpreted it in a wrong way or rather, he was not able to express it correctly," Parrikar said, adding that the minister, however, corrected his statement later.