A five-judge constitution bench headed by Chief Justice Dipak Misra had on May 10 reserved the verdict on the matter after a marathon hearing that went on for 38 days, spanning four-and-half months. 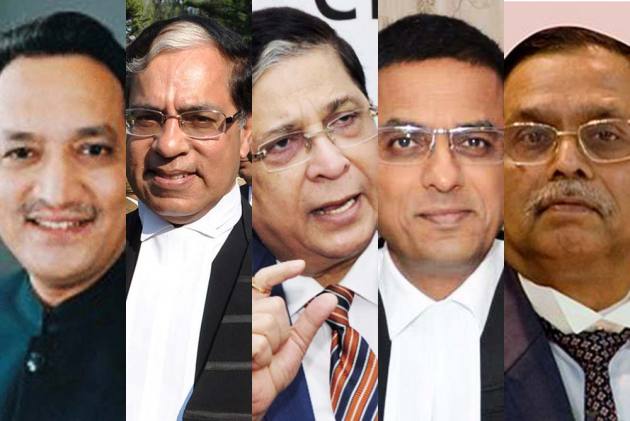 Three sets of judgements were pronounced. The first of the three verdicts was pronounced by Justice A K Sikri who wrote the judgement for himself, CJI and Justice A M Khanwilkar.

Rush For A 12-Digit Armour: Aadhaar Finds Favour With Kashmiris

Justice Chandrachud and Justice A Bhushan, who are part of the bench, have written their individual opinions.

Justice Dipak Misra is the current and 45th Chief Justice of India. CJI Misra is retiring on October 2. But as the day is a national holiday on account of Mahatma Gandhi's birth anniversary, October 1 will be his last working day.

Born in 1953, Misra began his career as an advocate in February 1977. He was appointed Additional Judge of Orissa High Court on January 17, 1996.

He was later transferred to the Madhya Pradesh High Court on March 3, 1997. He became a permanent judge on December 19, 1997.

He is known for heading the bench that dismissed Mumbai serial blasts convict Yakub Memon’s petition seeking a stay on his execution and upholding the death sentence given to Nirbhaya’s killers.

Before he retires, Justice Misra is set to deliver verdict in several important cases such as Aadhaar, Ayodhya title suit, prohibition to the entry of menstruating women in Sabrimala temple, the "discriminatory" adultery law and the reservation in promotion for SC/ST.

Justice A M Khanwilkar is a Justice of the Supreme Court of India and the former Chief Justice of Madhya Pradesh High Court.

He was part of the five-judge Constitution bench of the Supreme Court which delivered verdict on Section 377.

He was also part of the Supreme Court bench which allowed a writ petition filed by the mother of a 13-year-old rape victim, seeking medical termination of the daughter’s 24-week-old foetus.

Justice D.Y. Chandrachud was appointed as a judge of the Supreme Court on 13 May 2016, He was the Chief Justice of the Allahabad High Court from 31 October 2013 until his appointment to the top court.

He had also served as a Judge of the Bombay High Court and as Director of Maharashtra Judicial Academy.

He was the Additional Solicitor General of India from 1998 until appointment as a judge.

Justice Chandrachud was part of the landmark judgement of nine-judge constitution bench of the Supreme Court that declared Right to Privacy as Fundamental Right.

Justice Ashok Bhushan is currently a judge at the Supreme Court of India. He was the 31st Chief Justice of Kerala High Court. He was selected as the Judge of the High Court of Kerala In Jul, 2014.

He was appointed as the Supreme Court of India judge in May 2016.