Abdullah has argued for broader consensus among all parties to prevent Article 35(A) from being struck down by the Supreme Court. 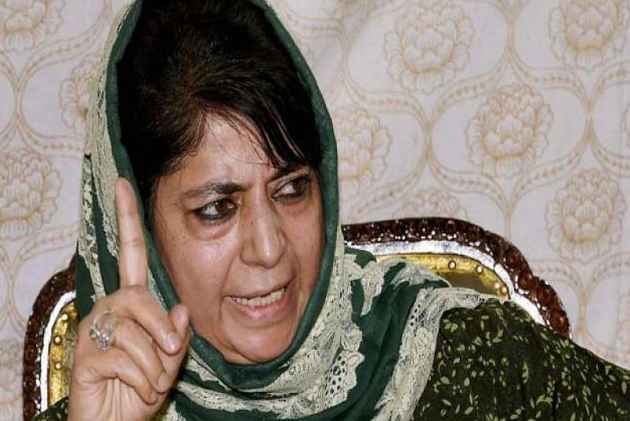 In the 20-minute meeting, both discussed ways to protect Article 35(A) that debars non-residents of Jammu and Kashmir to buy land in the state.

Abdullah has argued for broader consensus among all parties to prevent Article 35A from being struck down by the Apex Court.

Earlier, senior minister in Mehbooba's cabinet Altaf Bukhari said along  with the state BJP, the coalition government will firmly safeguard the special status of Jammu and Kashmir guaranteed under the Article 370 and Article 35(A).

Bukhari told Outlook that the coalition government and people of Jammu, Ladakh and Kashmir were on the same page on the issue.

Bukhari said an imprsssion was being created that only Kashmir region was concerned about any erosion in the J&K special status. “In our view Jammu and Ladakh regions have more concern and they are with Kashmiris on this issue”, he added.

On Monday  Abdullah said any attempt to abrogate Article 35 (A) could trigger an explosive situation that will be nothing as compared to 2008 Amarnath land row protests.

Mass protests of 2008 against transfer of forest land to Shri Amarnath Shrine Board led to fall of Congress led government in Jammu and Kashmir and killing of over 60 protesters in the government forces firing.

Abdullah after  chairing the meeting of opposition parties on Monday called for devising  a strategy how to counter any move to stop tinkering with Article 35 (A).

He said any attempt to tinker with Article 35 (A) is going to affect people from all the regions of the state including Kashmir, Jammu and Ladakh.

He was referring to Government of India’s approach towards Supreme Court’s recent decision on a PIL that called for abrogation of Article 35-(A) of Constitution of India. The central government has not filed any counter on the issue so far and has described it as a legal matter.

Opposition  leader Omar Abdullah on Monday said that to oppose removal of Article 35A is not anti-Jammu or anti-Ladakh. “It's removal will have grave consequences for people living in Jammu and Ladakh."

“It's amazing that people who talk about protecting Dogra heritage and culture forget that J&K's state subject laws were Maharaja's decision,” he said.

“Long before removal of 35A effects Kashmiriyat it will do grave damage to Dogriyat - the identity and culture of the Dogras...So our opposition to any dilution of 35(A) is not to benefit one region at the cost of another but to safeguard the state as a whole.”

In 2014, an NGO We the Citizens filed a writ petition in the Supreme Court. The petition sought the striking down of Article 35 (A). The J&K coalition government of the Peoples Democratic Party and BJP filed a counter-affidavit and has sought dismissal of the petition. However, the central government did not file the counter so far.

Regional political parties in J&K believe that the Article 370, Article 35 (A) and other such Articles of the Indian constitution have come up after the Accession of Jammu and Kashmir state with India.

They argue that the special status of Jammu and Kashmir is a political issue and the organisations affiliated with RSS are taking legal recourse to abrogate it. They say tinkering with the the Articles would be end of the road for pro-India mainstream parties and pro--India constituencies in restive Jammu and Kashmir.

Already, Mufti has warned that if the Article 35(A) was tinkered with, no one would hold the tricolour in Jammu and Kashmir.