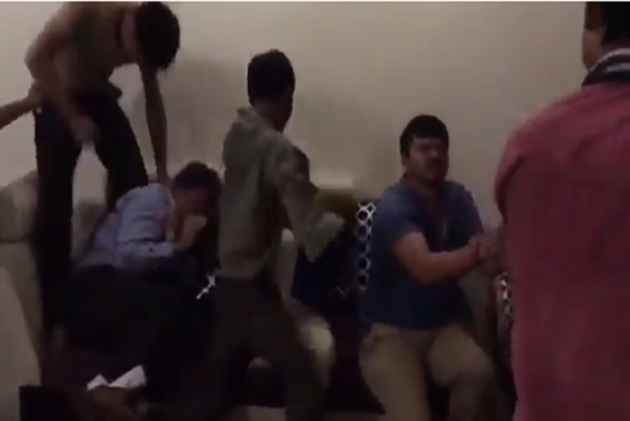 Six men impersonating as Income Tax officers barged into a house in Malviya Nagar, Delhi on Sunday morning and were trying to flee away with Rs 20 lakh cash.

They were handed over to the police before being thrashed by locals, reported The Times of India.

All the accused were wearing fake "IRS officer" ID cards and had come in a vehicle with the government of India stickers. They took mobile phones of the family members and searched the whole house claiming to be busting a black money ring, the report adds.

But after the neighbours were alerted, all the men were locked and thrashed inside a room.

The incident took place around 10:30 am when the accused arrived at electronic goods showroom owner Ramesh Chand Ahuja’s house in B-1 block with a notice claiming that the family had disproportionate assets worth Rs 20 crore.

Before  entering their house, they locked Ramesh's son in the car.

When they asked the family members to switch off the CCTV cameras, the Ahujas' got suspicious and informed their neighbour Sanjeev Rao, the RWA president, who later came to their house with some other locals.

Rao, then called his friend from IT dept to confirm the identities of the six men. When he called up his acquaintance, it became clear that they were not from the department.

All of them have been booked under IPC sections of fraud, impersonating public servant, kidnapping, extortion, trespass, forgery and assault at Malviya Nagar police station, Additional Deputy Commissioner of Police (south) Chinmoy Biswal informed the newspaper.