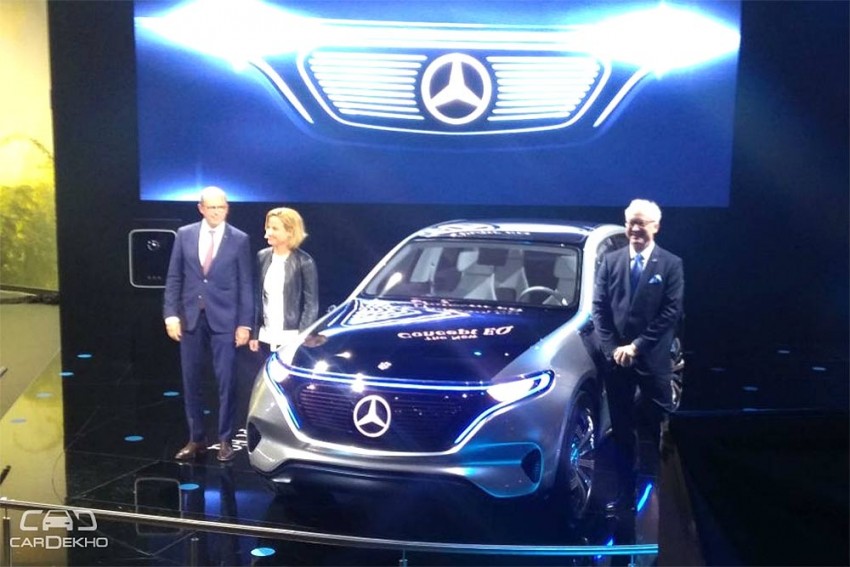 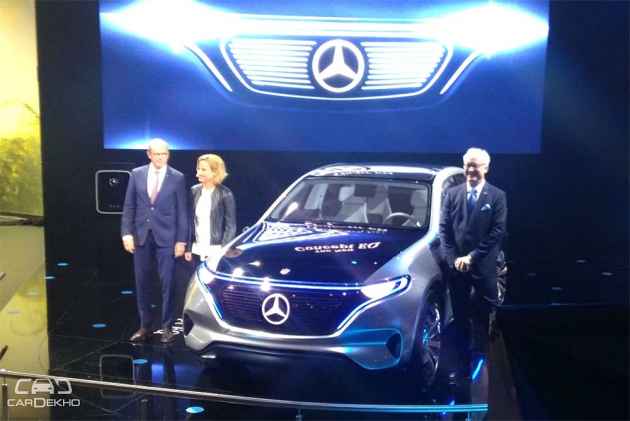 Luxury carmaker Mercedes-Benz has revealed its Concept EQ prototype at the ongoing Indian Auto Expo 2018. First revealed at the 2017 Paris Motor Show the Concept EQ is an all-electric crossover with a claimed range of 500 kilometres. Production of the first EQ vehicle, the EQC, will kick-start from Mercedes’ Bremen plant in Germany in 2019 with a subsequent launch in the same year.

Just as you’d expect from a concept, the EQ looks futuristic with a brushed aluminium paint scheme and blue LED accent lights that accentuate its electric nature. The rear profile too looks neat, with a large LED strip joining the two tail lights. The machine-cut alloys too match its extravagant style.

The interiors continue to retain the concept feel, with a large screen on the clean dashboard displaying vital information, and another screen behind the front seats. The blue-light theme travels inside as well as you can see the only colour noticeable, barring the upholstery’s grey, is blue.

The EQ concept’s platform will be used to build crossovers of varying sizes. The first production-ready vehicle, the EQC, will be equipped with dual electric motors which generates maximum power of 408PS. The crossover will come with an all-wheel drive setup and will sprint from 0-100kmph in under 5 seconds.