A red alert indicates heavy to extremely heavy rains of over 20 cm in 24 hours, while an orange alert means very heavy rains from 6 cm to 20 cm. 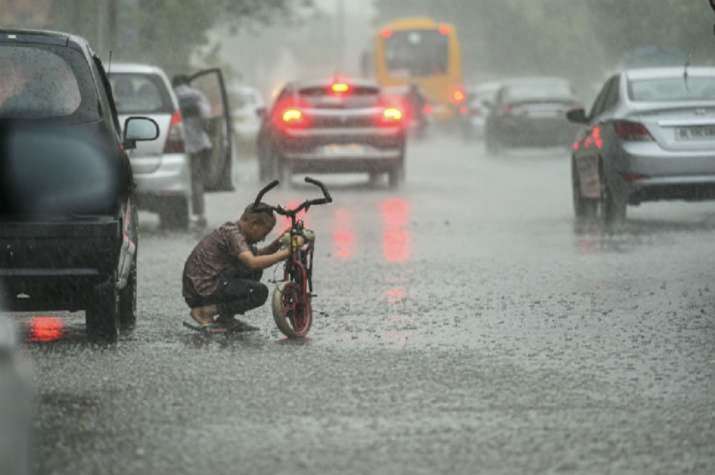 According to the forecast, the active southwest monsoon will is very likely to gain more intensity in the coming days which gives rise to the possibilities of heavy to very heavy rain (115 to 204 mm) in Nagaur, Sikar and Ajmer districts is likely and a red alert has been issued for these places, the Met department said.

Heavy rain is also expected in Jaipur, Jhunjhunu, Tonk, Kota, Bhilwara, Baran, Churu and Jhalawar districts for which the department has issued an orange alert.

In last 24 hours, heavy rainfall was recorded in Bari, Rajkheda and Baseri of Dholpur district. Bari (Dholpur) recorded highest 85 mm rain followed by 70 mm in Karauli, 40 mm in Bharatpur tehsil and 30 mm in Kotkasim of Alwar. Jaipur recorded 3.3 mm during the period.

A red alert indicates heavy to extremely heavy rains of over 20 cm in 24 hours, while an orange alert means very heavy rains from 6 cm to 20 cm.