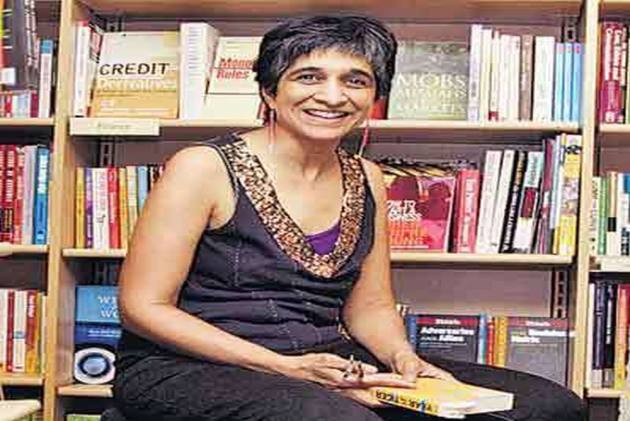 In a timely, upcoming book, author Sohaila Abdulali -- who was gang-raped as a teenager and was among the first survivors to speak out about rape back in the 1980s -- draws on three decades of grappling with the issue. "What We Talk About When We Talk About Rape" coincides with the rising tide of the #MeToo campaign in India.

In the book, Abdulali, who has previously authored two novels as well as children's books and short stories, mentions that she faced "deafening silence" on rape in India for over three decades, but contends that the discourse around it changed after the 2012 Nirbhaya rape case in Delhi.

After 2012, for the first time in India, "rape became an acceptable topic of everyday conversation. It led to changes in the law, some good, some bad. Whether it led to the prevention of even one rape, I have no idea. Much of what was said was rubbish, but that's okay -- at least the topic is less taboo than it was earlier", Abdulali told IANS in an email interview from New York.

She goes on to mention that the #MeToo campaign has "shone a startling spotlight on sexual harassment". Since the days her manuscript went to the presses via Penguin Random House, the #MeToo campaign has gathered much momentum in India and has now brought a slew of sexual harassment allegations against prominent personalities from the media, film and political circles, to the forefront of national discourse.

"As for #MeToo in India now, wow! Can you hear me cheering from New York? I'm cheering for all the unbelievably gutsy women who are speaking up at great risk to themselves," she quipped.

The #MeToo campaign in India has also thrown up some allegations, which many, including staunch supporters of the movement, find "confusing". It has been pointed out on social media that several allegations confuse "flirtation" with "harassment", thereby "diluting" the cause.

The allegation against author Chetan Bhagat by Ira Trivedi, for instance, talks of a 2010 instance when Bhagat allegedly tried to "place a kiss" on her lips. Later, Bhagat shared screenshots of emails sent by Trivedi in 2013, mentioning "hugs and kisses", which the latter said was taken out of its context. Trivedi also invited Bhagat to launch one of her books later in 2014-15.

On this being pointed out as a "flip side", and asked if the #MeToo campaign was vulnerable to "false and baseless allegations", the author vehemently disagreed.

"I don't consider it a 'flip side.' I would hope we are all intelligent enough to make space for different kinds of accusations and weigh their relative seriousness. I'm not in favour of policing what women do and don't say, or judging how someone acts with her accuser after the fact.

"Why is it that when it comes to women making accusations, one of the first concerns is always, oh, are they lying? One of the first concerns is for the poor innocent men who might get hurt by an army of perfidious women. I find this ridiculous. You'd have to be pretty clueless to lie about being raped. Of course, people lie sometimes, for revenge or personal gain or just because they're delusional. But when any other crime is being discussed, the first reaction is never to assume the accuser is lying," she said.

"What We Talk About When We Talk About Rape", an advance copy of which is with IANS, is written from the perspective of a survivor, writer, counsellor and activist. Abdulali reflects on her work with hundreds of teachers, writers, sex workers and feminists, among others, and charts what we think about rape and what we say.

"Let's get real -- I have yet to see a single woman anywhere actually gain anything by pointing the finger at a rapist or harasser. So let us accord women speaking out about sexual abuse at least the respect of not starting with the fear that they are out to get men. Historically, in every culture, there is one group that has consistently lied about rape: Rapists," she maintained.

She contended that #MeToo is "a great start" but "it's certainly not going to end sexual violence".

"We need systematic change, in legislation, in attitudes, in our basic belief structures, for us to really decide as a society that men actually don't have the right to abuse women.The hinterlands are filled with tough women who have always dealt with issues of sexual violence, often in very creative ways. I don't think we need to assume that urban women have answers they don't, and that it is a one-way street. I think women in all strata of society have much to learn from each other," said Abdulali, who has an MA in communication from Stanford University.

Gang-raped as a teenager in what was then Bombay, and indignant at the deafening silence on the issue in India, she wrote an article in a woman's magazine questioning how we perceive rape and rape victims. The story went viral -- 30 years later, in the wake of the 2012 Delhi rape case and the global outcry that followed.