MeToo Being Blown Out Of Proportion, Anyone Can Name And Shame Anyone: Shatrughan Sinha

"Reputations and jobs are being lost through a trial by media. To all the women who are aggrieved, I say, please go to court and make sure the wrongdoers are punished", added Sinha. 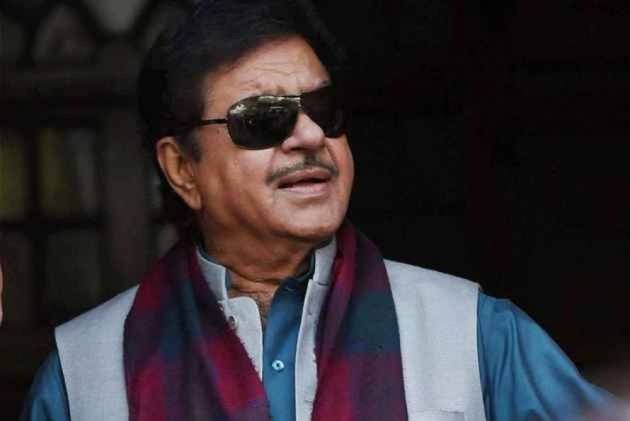 Actor-politician Shatrughan Sinha spoke about the MeToo movement in an interview, saying that while the movement is noble, it is becoming "free-for-all" and being blown out of proportion.

Here are few excerpts from the interview.

#MeToo: The Akbar Who Became Birbal

A. What happened to innocent until proven guilty? I am all for the MeToo movement, never in my 40-year career have I misbehaved with any woman. I treat every lady with utmost respect. Having said that, I think this MeToo campaign is being blown out of all proportion.

A. While the cause was definitely noble and praiseworthy, it has now become a free-for-all. Anyone can name and shame anyone. Reputations and jobs are being lost through a trial by media. To all the women who are aggrieved, I say, please go to court and make sure the wrongdoers are punished.

Q. You've done some terrific films with Subhash Ghai. Would you work with him in future?

A. Why not? If he is proven innocent, why not? Even if he is proven guilty, and he serves the punishment given to him, I'd work with him. Sanjay Dutt served his jail sentence and is back working in our large-hearted film industry. In fact, we had no problem working with him even when he was an accused in a serious case.

Q. Many of the top stars and directors have vowed not to work with sex offenders?

A. This hypocrisy I can't understand. They have no problem working with Sanjay Dutt who has been convicted. But they want to blacklist people whose guilt is yet to be proven. Just to look like heroes of the MeToo movement.

Q. A-list actors have dissociated themselves from tainted directors?

A. I don't want to name anyone. But I will say this. Sau choohe khaa kar billi haj ko chali'. Those seeking to perch themselves on a high moral ground should look into their conscience. The problem of sexual exploitation doesn't end with some names being put out in the social media. This is just the beginning. The problem runs much deeper.

Q. Your tainted party colleague M.J. Akbar refuses to step down. What is your take on his brazen attitude?

A. I don't even know which political party I belong to anymore! Having said that, M.J. Akbar is a friend. And a wise one. I know him from the time he revolutionised journalism in this country. He knows what he is doing, and why. I believe he has employed 97 lawyers to defend him against charges (of sexual harassment). He should have employed three more lawyers... It would have been a century... Seriously, how can he afford such a massive legal fleet? I can't afford it if I ever need it.