Kamp, currently working with the CNN, told online news portal HuffPost India in an e-mail that Akbar harassed her when she was just 18. 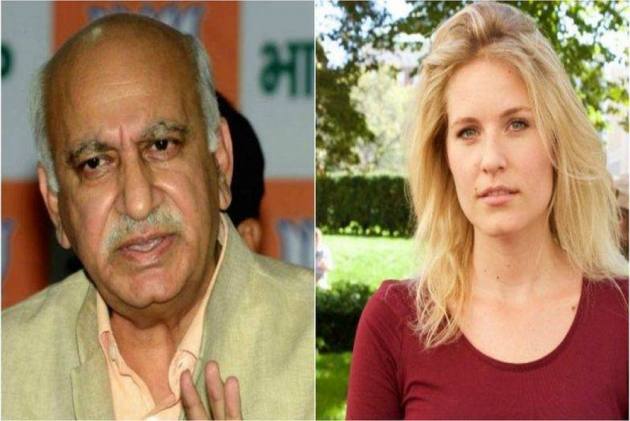 The #MeToo storm intensified last week with more women recounting their experiences of sexual harassment in the entertainment and media industry. Among the big names that have cropped up is one of India’s most senior journalist-turned-politician MJ Akbar. Many women, mostly young journalists have made damning claims against him and here’s another one from a CNN journalist.

Majlie de Puy Kamp took to the Twitter to share her #MeToo story when she was interning under MJ Akbar when he was Editor of The Asian Age newspaper.

I extended my hand to him in gratitude, he shoved his 55-yr-old tongue down my 18-yr-old throat. https://t.co/WLTyMndJYd

At least five women accused Akbar of sexually harassing them when he was a newspaper editor. Akbar, who is travelling outside India, so far has not commented on the allegations.

Demanding resignation of Union minister M J Akbar, who has been accused by several former women colleagues of sexual harassment, the All India Democratic Women's Association (AIDWA) said the "silence" of the government over #MeToo complaints shows its "indifference" towards the issue.

Akbar, a senior journalist, joined the Bharatiya Janata Party ahead of 2014 general elections and was elected to the Rajya Sabha a year later. He was made the Minister of State for External Affairs in 2016.

In October last year, when the #MeToo campaign peaked in Hollywood, journalist Priya Ramani had written an article for Vogue India, titled, "To the Harvey Weinstein of the world" and narrated her ordeal about the gut-wrenching incident of sexual misconduct she faced during a job interview with a renowned journalist who had "transformed Indian journalism".

Ramani, recently on Twitter, claimed that the journalist she was referring to was MJ Akbar.

Another journalist, Shutapa Paul, recalling a 2011 incident, tweeted on Wednesday, "As I tried to dash out the door, #MJAkbar gave me a hard hug, I ducked whatever else could have followed and fled. He seemed amused at my ducking."

Paul added that later, when he went to Kolkata, he wanted to meet her late night at his hotel room but she excused out. "The next morning, I woke up to cryptic text messages from #MJAkbar. Paraphrasing them: 'You should know what's important to you. Your career or other things'," claimed Paul.