#MeToo | Women Journalists Not So Innocent To Be Misused: BJP Leader Lata Ketkar 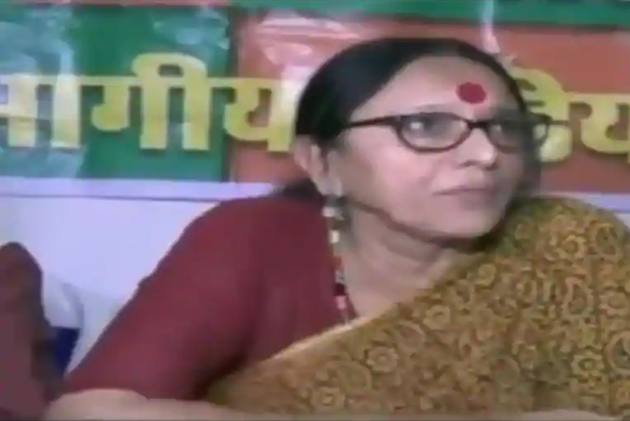 In a statement that could possibly stir up a controversy, Bharatiya Janata Party's (BJP) Madhya Pradesh women wing chief Lata Ketkar said that she does not consider women journalists so "innocent" that they could be misused by anyone.

This statement comes in the wake of recent allegations of sexual misconduct against Minister of State for External Affairs MJ Akbar during his time as a journalist.

However, Ketkar also said that she welcomed the Me Too movement as it gave strength to women if they felt they had been harassed.

According to a source, senior ministers, in off-record conversations, have indicated that Akbar will have to step down once he returns to India. However, a consensus has reportedly not been achieved among the Bharatiya Janata Party (BJP) members on whether an MoS can be ousted merely on the basis of allegations.

Akbar has come under the scanner after several of his former women colleagues accused him of sexual misconduct when he held senior editorial positions in a number of media organisations.

Demanding resignation of Union minister M J Akbar, who has been accused by several former women colleagues of sexual harassment, the All India Democratic Women's Association (AIDWA) said the "silence" of the government over #MeToo complaints shows its "indifference" towards the issue.

Akbar, a senior journalist, joined the Bharatiya Janata Party ahead of 2014 general elections and was elected to the Rajya Sabha a year later. He was made the Minister of State for External Affairs in 2016.

In October last year, when the #MeToo campaign peaked in Hollywood, journalist Priya Ramani had written an article for Vogue India, titled, "To the Harvey Weinstein of the world" and narrated her ordeal about the gut-wrenching incident of sexual misconduct she faced during a job interview with a renowned journalist who had "transformed Indian journalism".

Ramani, recently on Twitter, claimed that the journalist she was referring to was MJ Akbar.

Another journalist, Shutapa Paul, recalling a 2011 incident, tweeted on Wednesday, "As I tried to dash out the door, #MJAkbar gave me a hard hug, I ducked whatever else could have followed and fled. He seemed amused at my ducking."

Paul added that later, when he went to Kolkata, he wanted to meet her late night at his hotel room but she excused out. "The next morning, I woke up to cryptic text messages from #MJAkbar. Paraphrasing them: 'You should know what's important to you. Your career or other things'," claimed Paul.

The slew of allegations were sparked by the #MeToo movement, which has gained momentum in the country after scores of women, from various fields of work, shared their harassment ordeals on social media platforms.