Hamilton, who needed to finish seventh to become the champion, thus became the joint second most successful F1 driver along with Argentine legend Juan Manuel Fangio, and is two behind German great Michael Schumacher's all-time record of seven title. 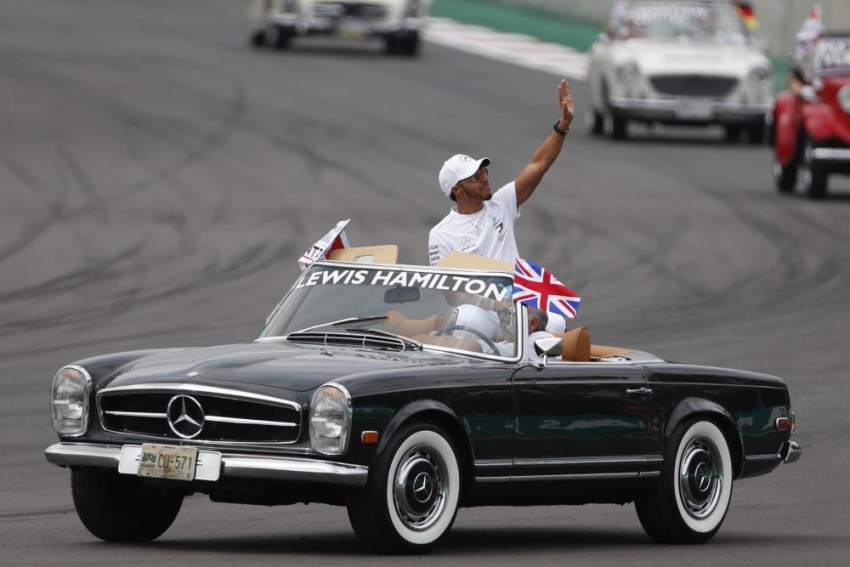 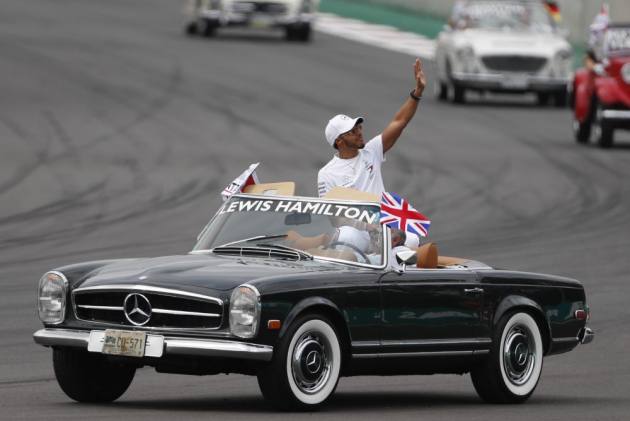 Lewis Hamilton claimed his fifth Formula One World championship title after finishing fourth in the Mexican Grand Prix on Sunday.

Hamilton, who needed to finish seventh to become the champion, thus became the joint second most successful F1 driver along with Argentine legend Juan Manuel Fangio, and is two behind German great Michael Schumacher's all-time record of seven title.

With two races still remaining in the season, Brazilian GP and Abu Dhabi GP, Hamilton can hope to increase his points tally. He currently has 358, 64 more than Vettel's total.

After claiming the championship title, the Briton paid tribute to the "amazing support" of his team and family.

He said Mercedes had been "an incredible unit" and pledged to carry on fighting for more race wins this year as the team seek to retain their constructors' crown.

Ironically, as he admitted, the day of his greatest title triumph came with one of his worst races of the year as he came home fourth behind triumphant Dutchman Verstappen.

"I don't know if it will ever kick in," said Hamilton.

"We have just had a difficult afternoon and it was tough. I didn't know if we would get the car home.

"It has been the toughest year physically, mentally and personally with everything I'm committed to, but I have amazing support.

"Mercedes and my team have just been the most incredible unit and worked to raise the bar. In my mind it is just another day of fighting and I have more races to win, it is not over.

"In my mind I have to work, go to the debrief and try to win in Brazil.

"This was a really tough race, I came to the last lap and I was like 'please hold it together and not make any mistakes'.

"I have to enjoy this one, you never know what is down the corner.

"I'm never going to stand here now as a five-time world champion again. You have to set your sights and goals high, but you have to treasure every moment.

"Naturally I'm going to keep racing, I love doing what I do and the fans really help."

As Hamilton was swamped by the news media in the aftermath of the race at the Autodromo Hermanos Rodriguez, his team boss Toto Wolff admitted it was a bitter-sweet afternoon.

"It's a fantastic title number and I'm so happy for Lewis and the team, but it's bittersweet -- we have had a very bad race and we need to understand it.

"But we should be happy when it comes to the championship.

"It's about finishing in a certain position and everyone seems to struggle. We've seen it in previous championships and I don't know why."

"I didn't say anything to Lewis on the radio when he crossed the line because I was so upset with the race!"

"The constructors is still out there and we need to perform strong in Brazil."

"First of all I want to say congratulations to Lewis Hamilton," he said.

"The good news is the constructors' championship is still open and we will never give up."

"This is the result of a whole year's effort," he said.

"Lewis's driving this year has been peerless, so we have to be happy. You have to remind yourself to be happy when you got a bit of a pasting like that.

"The championships have been so close, the competition of the main contenders, we have not been the quickest for considerable chunks, we have been competitive at the right spots and when we weren't competitive Lewis did enough to stay in it.

"It means everything to him. He is utterly focused on this. He has done five now and it may as well be his first.

"I'm sure it will be the same next season. This is how he defines himself, he will not be happy until he has done it."