Michael Clarke Says His Comeback Story 'Out Of Control'

The former Australia skipper confirmed he has made an offer of help to Cricket Australia CEO James Sutherland as the game reels from the ball tampering scandal in South Africa. 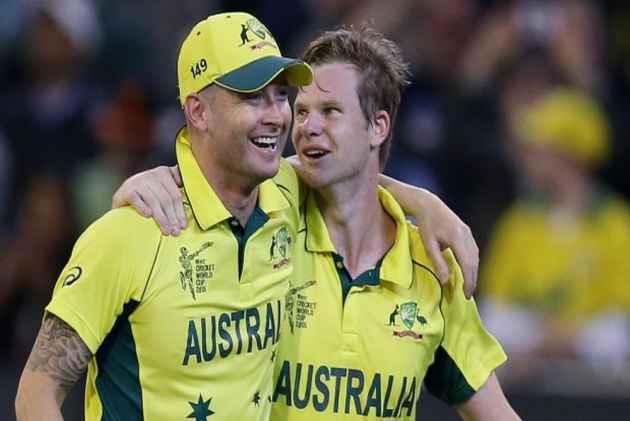 Retired cricket Test captain Michael Clarke on Sunday offered to play for Australia for free to help the team recover after the downfall of his successor Steve Smith over a ball-tampering scandal in South Africa.

Smith and vice-captain David Warner were stripped of their leadership roles and banned from the sport for one year after a plot to alter the balls condition during the third Test in March.

"I would do anything to help the Australian cricket team," the 37-year-old told Sydney's Sunday Telegraph.

"It's like getting back on a bike. I'm as fit and healthy as I've ever been. The time away has been great for my body."

The former batsman, who is in India to cover the IPL and comments on the sport for Australia's Nine Network, said he had messaged Cricket Australia (CA) chief executive James Sutherland but had not received a reply.

However, late he tweeted,  backing away from the a News Corp report that he wanted to make a cricket comeback, saying the story is "out of control".

The former Australia skipper confirmed he has made an offer of help to Cricket Australia CEO James Sutherland as the game reels from the ball tampering scandal in South Africa.

Clarke said he had not made a "formal offer" to come back to play cricket and denied a claim in the News Corp report for which he was interviewed that he will return to the practice nets during his time in India commentating on the IPL.

This article is out of control! Let me make very clear that I have not sent any formal offer to James Sutherland to come back and play cricket. I sent him a message as a friend offering to help Australian cricket in ANY way I could (this could mean mentoring the under 14s)

I won’t be batting in the nets in India in preparation for a comeback ððð and as I have always said the game owes me nothing, I owe it everything. Have a great Sunday ðð

The ex-skipper retired in 2015 after his 115th and final Test of the Ashes series against England and said his experience could be useful for the embattled team either on or off the field.

"Ive experienced a lot of great things in cricket but some tough times as well," he told the newspaper.

"Ive got the experience to help these young players and that's where our focus should be right now until the other guys come back."

Smith, Warner and bowler Cameron Bancroft -- who was banned for nine months -- decided not to challenge their sanctions imposed by CA last week.

This means Smith and Warner will not be eligible to play for Australia until March next year, with wicketkeeper Tim Paine appointed captain.

Clarke said the ball-tampering affair, as Australia slips to fourth in the world Test rankings, could set the team back for years.

"Im worried about it. I dont want us to be like the West Indies," he added.

"Were not talking about the next five years. Its the next six months and we need to fix it now.