Zlatan Ibrahimovic and Paul Pogba returned from injury to provide a 'Plan B' at San Siro. It worked for Manchester United, but not for Milan. 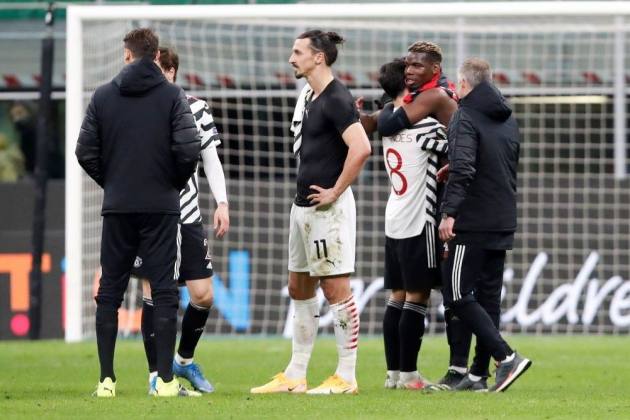 A game-changing substitution was the plan for Milan. They did not count on the match-winner stepping off Manchester United's bench. (More Football News)

Stefano Pioli was still to play his trump card 135 minutes into a Europa League last-16 tie in which Milan had been the better side.

The Rossoneri pressed United back in the first half at San Siro on Thursday, the visitors sloppy and submissive despite requiring a goal to advance.

The clear-cut chances still did not come for the home side, though. Five efforts before the break failed to cause Dean Henderson undue concern, a pattern all too familiar for Milan, who had 15 attempts at Old Trafford but waited until the last of them, in the 92nd minute, to equalise.

Theo Hernandez and Hakan Calhanoglu had returned to the side for this return fixture but the man most likely to take the match away from United, a man they know well, was fit enough only for the bench.

Pioli said Zlatan Ibrahimovic, out since February, would feature but not for 90 minutes. The team sheet confirmed the role of impact substitute was Milan's preferred use of their talisman.

The only issue was that by the time Ibrahimovic returned to the fray, ready to torment his former team-mates, United had their goal and the game had changed. 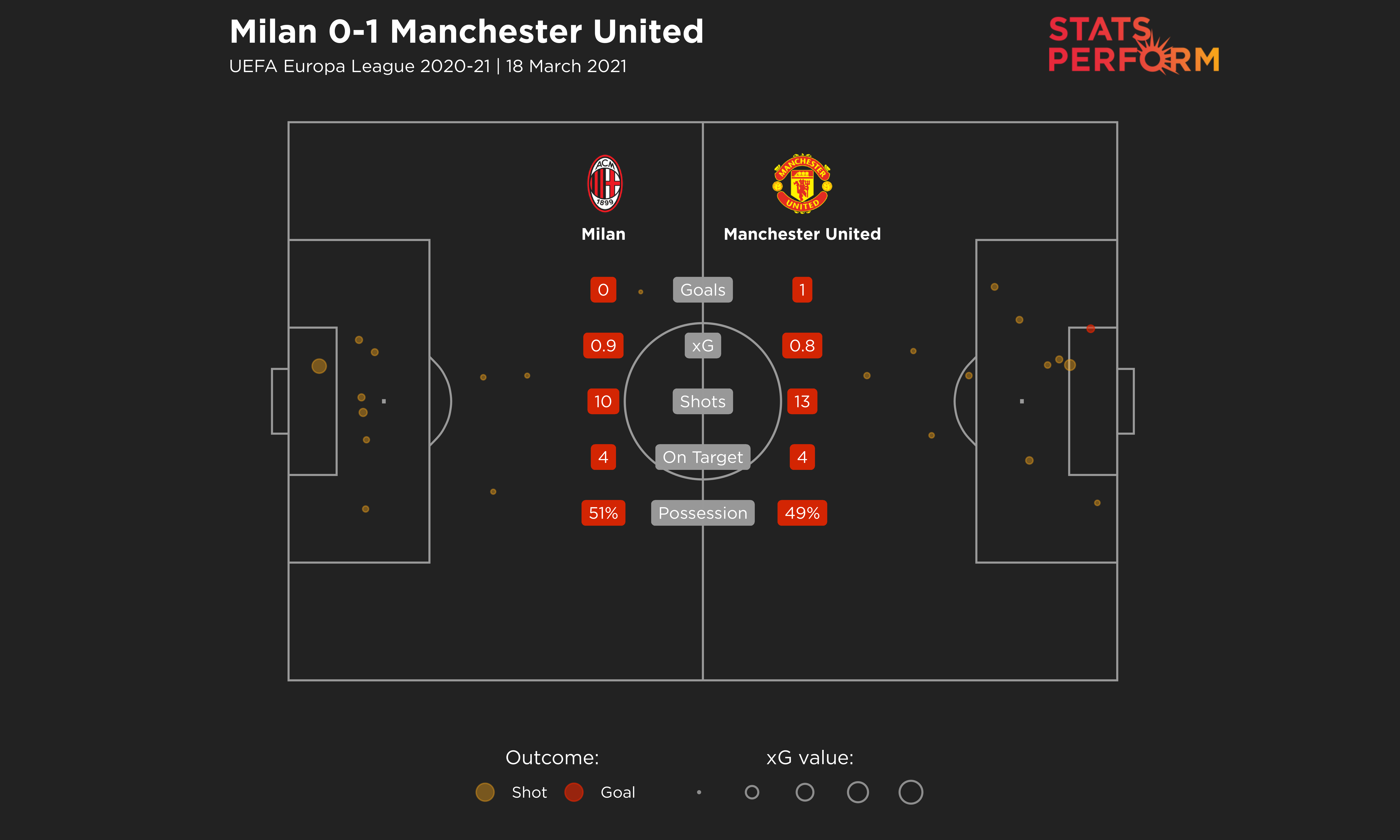 United have not lost away in the Premier League since January 2020, this a team suited to playing on the break and so enjoying their travels.

But their most recent defeat on the road in all competitions saw their Champions League elimination in December.

Ole Gunnar Solskjaer headed to RB Leipzig needing only a draw but found his plans in tatters after two minutes when United trailed, forced to chase the game rather than counter their opponents.

Only Inter and Paris Saint-Germain across Europe's 'top five' leagues have had more fast breaks in all competitions this season than United (34), whose 10 goals from these situations cannot be topped. Of those, 24 fast breaks and seven of the 10 goals have come away from home.

Trying to break down opponents reluctant to attack at Old Trafford has been more of a challenge for United and so it also proved in a first half when Milan had no need to abandon their patient approach, attempting to pick off the numerous slack passes.

"We were awful," was Luke Shaw's post-match summary of the opening period.

Marcus Rashford was the man to make way at the interval, a recent ankle worry perhaps bothering the forward as he enjoyed only 16 first-half touches, the fewest of any outfield United player.

But Solskjaer did not necessarily have to turn to Paul Pogba, who like Ibrahimovic was returning from a thigh injury. First-leg goalscorer Amad Diallo might have seemed a more obvious fit on the left flank as United sought an outlet.

Where Pioli was playing it safe, keeping Ibrahimovic under wraps for a big finish, the Red Devils manager took a calculated risk.

Only 172 seconds passed before it paid off. Pogba kept a United attack alive on the left-hand side of the area and squared for Fred to attempt an ambitious flick.

Although a scrambling Milan defence blocked, they could not clear and Fred's dogged work ensured Soualiho Meite's challenge merely prodded the ball back into the path of Pogba.

It was the sort of opportunity Rashford would have relished, but he could not have been as cool as the substitute, who feinted and then lifted a fine finish past a wrongfooted Gianluigi Donnarumma.

The goal won the tie, yet it was only the first contribution in a sparkling 45-minute performance. Despite observing the first half from the sidelines, no United player had more shots (three) or created more chances (two) by full-time, a textbook match-turning substitution.

"It always helps when you've got a world-class player like Paul to come on and make a difference," Shaw added. "He did that. It's brilliant to have him back." 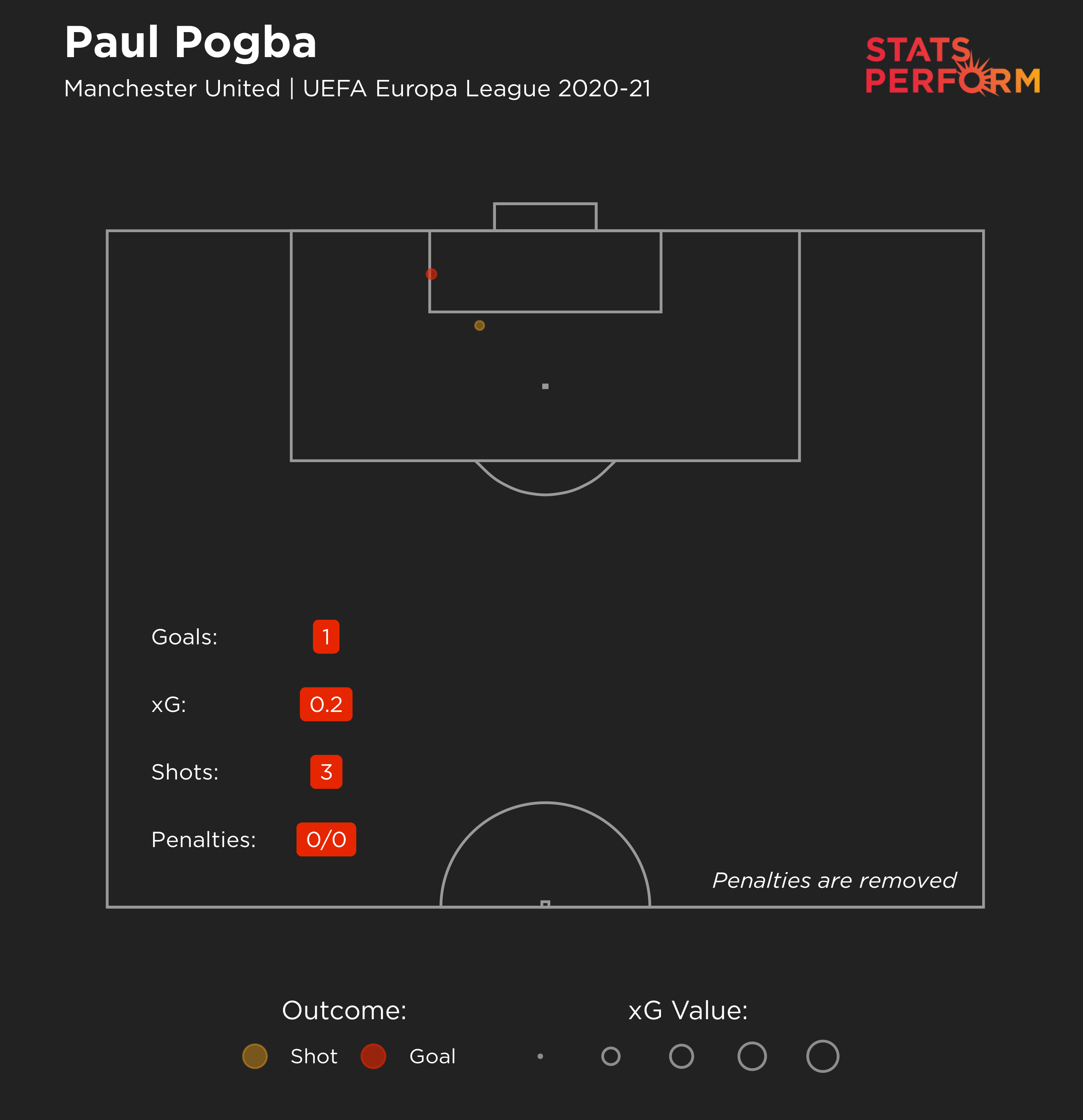 Pioli might have preferred to call on Ibrahimovic to see out the game, protecting a result, but instead required a moment of inspiration, a moment that could and should have arrived.

The only 'big chance', from which Opta would expect the player to score, across the 90 minutes fell Ibrahimovic's way when he climbed above Shaw to meet Calhanoglu's cross.

Henderson, at fault when Simon Kjaer netted with a similar header last week, got enough on the ball this time and the chance was gone. It was Ibrahimovic's only attempt, while he was caught offside on three occasions.

This was supposed to be the veteran striker's tie and instead he was no match for the man he used to mentor. Pogba and United march on.