Congress Rule Hid It For Some Time: We Indians Are Like Our Brothers In Pakistan, Sri Lanka And Bangladesh

We have a majoritarian instinct that is powerful and that is today asserting itself against the minority. 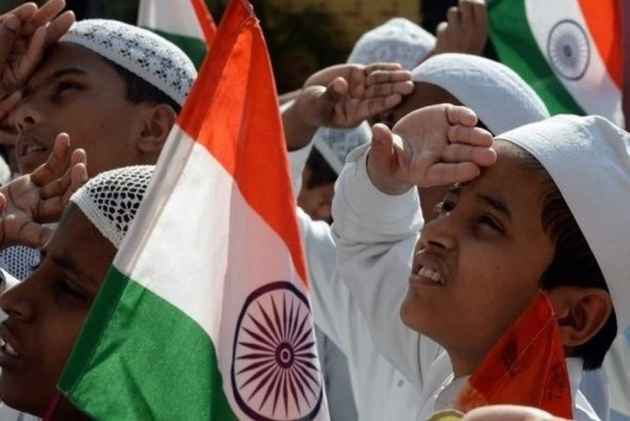 The post colonial tradition of the Indian subcontinent has been one of religious and ethnic majorities ganging up against the minorities.

In Sri Lanka, the mostly Buddhist Sinhala speakers fought Lanka’s Tamils over religion and language. In India, we wonder how Buddhists and Hindus can hate each other but that is the nature of majoritarianism. It always finds an enemy.

The Lanka civil war lasted over a quarter century and killed a lakh people, including several Lankan leaders and India’s Rajiv Gandhi. It ended with a horrific attack on camps that included civilians.

In Bangladesh, the initial nationalism was based on language and unified Bengali Muslims and Hindus against West Pakistan’s militarism and imposition of Urdu. Surprisingly, MA Jinnah, a Gujarati who himself spoke almost no Urdu, wanted it imposed on the Bengalis.
The violence the resistance produced expelled the West Pakistan army with the help of India in 1971. Unfortunately, one aspect of Bangladeshi nationalism then became religious. Attempts were made and continue to be made to Islamise the constitution. The division of the polity has become ‘secular’ versus ‘communal’.

Secular in this case means the Muslim party that wants to accommodate Hindus and communal is the Muslim party that sides with the religious extremists like the Jamaat e Islami. It is that 10% or so of the minority population that takes up much of the focus of mainstream politics. We are, of course, familiar with this formulation.

In Pakistan, the initial majoritarianism was sought to be curbed by Jinnah. With the Punjabi Muslims of Lahore refusing to accept North Indian Muslim refugees coming from Uttar Pradesh and Bihar, these families settled in Karachi. Violence began against the urban and well-off Hindu population of that city, whom we know today as our Sindhis. Jinnah made a few speeches that first attempted to stop the Hindus from leaving, because he wanted minorities to remain. But he was overwhelmed by the violence and then gave up tying to stop the Sindhis from migrating, blaming India for his problems.

Jinnah had made a famous speech a few days before independence in which he indicated that he wanted a secular constitution. Jinnah said the state should not recognise the citizen based on religion and stressed equality under the law.

He died a year later, having ruled with absolutely authority and before the constituent assembly could really shape the laws. After his death, the natural trajectory of the Pakistan movement took over and the laws began to be Islamised. Under Ayub Khan in the 1960s, it was written that no non-Muslim could be Pakistan’s president. Under ZA Bhutto in the 1970s, a law came that banned non-Muslims from the post of prime minister.  Under Zia ul Haq in the 1980s came a flurry of Islamic laws, including whipping people for drinking alcohol, putting rape victims in jail if they could not prove the crime, and allowing murderers to escape if they paid the victim’s family blood money.

In the 1990s, Nawaz Sharif attempted to pass an Islamic law, the infamous 15th amendment, that would make him a permanent ruler. Such fervour also touched the rest of the polity.
A little later, the Pakistan Supreme Court banned banks from charging interest saying it was unIslamic. Sharif was removed from office recently and banned permanently from politics by the Supreme Court. It used a law that specifies that leaders should be ‘good Muslims’.

India was fortunate to be led for the first few decades by a party, Nehru’s Congress, that was inclusive. Our constitution has some upper caste Hindu majoritarian aspects, particularly in its Part IV, the directive principles. Such as touching upon cattle slaughter and prohibition of alcohol (strongly resisted by Congressmen who took the Adivasi perspective). But for the most part the Constitution is a truly secular document and the best produced in South Asia. Nehru’s and the Congress’s inclusive instinct did not end there.

Today, India’s prime minister tells the world that he has given more respect to BR Ambedkar than the Congress. But the fact is that it was the Congress that gave Ambedkar the position in the Constituent Assembly and the Cabinet, despite losing his elections. Despite having a two-thirds majority, Nehru also accommodated SP Mookerjee, the Jana Sangh leader.

The first few decades of the Congress rule hid the fact that we Indians are also like our brothers in Lanka, Bangladesh and Pakistan. We have a majoritarian instinct that is powerful and that is today asserting itself against the minority.

I don’t have to demonstrate what I mean. One look at any day’s newspapers will produce the evidence.

The claim of the Hindutva leaders and intellectuals is that our majoritarianism is reactive and not proactive. The claim is that what we are doing is justified and it is not the same thing as was being done and is being done in the rest of South Asia.
But of course there is no difference.