Mirwaiz was allowed to address the Jamia Mosque here after seven weeks. 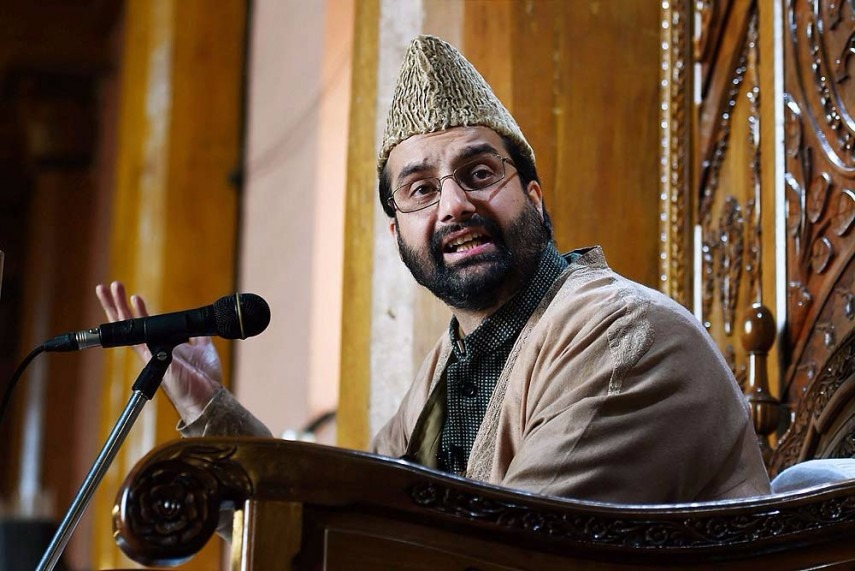 Moderate separatist leader, Mirwaiz Umar Farooq, today said it is up to the BJP government in the centre to look beyond "rich electoral dividends" for the party from its Kashmir narrative and status quo.

"For end of bloodshed and real peace in Kashmir and the region, it (BJP) has to behave as a genuine and mature democracy," Mirwaiz said addressing people at Jamia mosque here.

Mirwaiz was allowed to address the Jamia Mosque here after seven weeks.

Mirwaiz said the centre government has to seriously and sincerely engage with the people of kashmir taking into account their political will and aspirations and should start a process of engagement with Pakistan. Pakistan, Mirwaiz said, was the party to dispute.

"Spontaneous mass student protests and agitation across the valley clearly bring out that every section and segment of the Kashmir society is actively connected with the sentiment which has got embedded in our collective consciousness as a nation and drives us, especially, our youth to break free from the yoke of occupation."

Referring to ban on social networking sites and government not allowing protests, Mirwaiz said all space for freedom of expression have been blocked. "In this atmosphere if students are hitting the streets, it is imminent."

"The state has to understand that it cannot control the situation by resorting to brute force . It has to change its mindset and allow students to reclaim their space for activism and freedom of expression in college and university campuses, as is norm across the world."

Mirwaiz said keeping separatist leadership in jails or under house arrest for months or for years has proved futile in "containing " the problem. He said the resistance was not confined to any particular section ,that it can be isolated and curbed by force.

"It is of no consequence to the occupied people of Kashmir whether the president of India rules over them or a pro India political party. Their control always rest with New Delhi. New Delhi for past seven decades has vested all powers to the armed forces and police", he added.

"Much blood of innocent Kashmiris has flown down river Jhelum and people of Kashmir do not even want the death of Indian soldiers. They want the death dance to stop