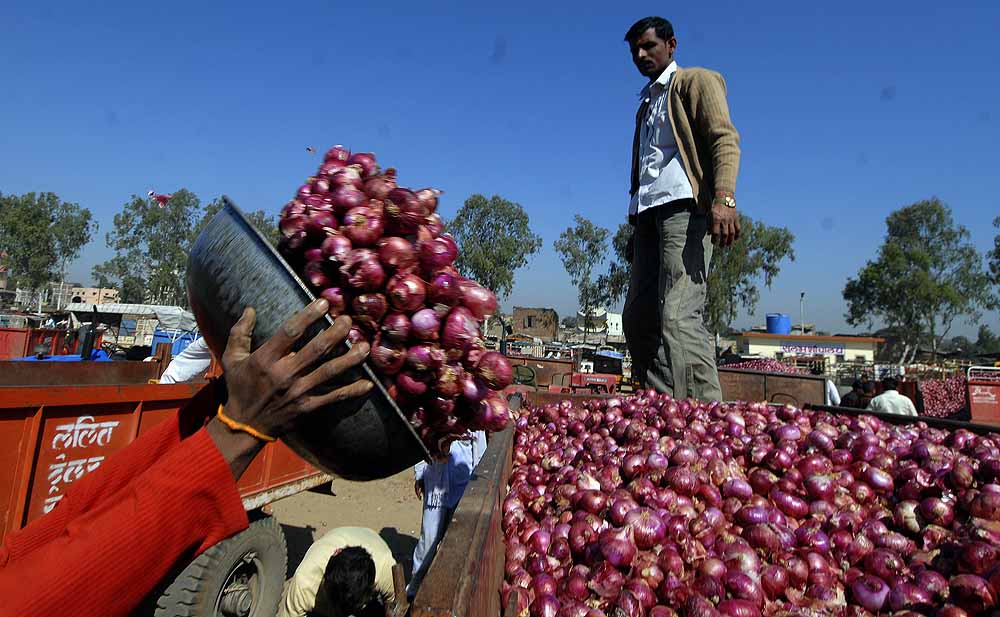 He said that his ministry has again written to the commerce ministry to reimpose export floor price of USD 700 per tonne on onion to discourage outbound shipments.

Onion prices in most retail markets have skyrocketed to Rs 50-65 per kg due to tight supply.

"We have asked Nafed (National Agricultural Cooperative Marketing Federation of India) to procure 10,000 tonnes and SFAC (Small Farmers Agriculture-business Consortium) about 2,000 tonnes directly from farmers and sell in consuming areas. We have also asked the MMTC to import 2,000 tonnes," Paswan told reporters.

Onion prices have been under pressure since August, but they have now touched high level that the government is trying all means to improve the availability and control prices.

While the private traders have imported 11,400 tonnes in the last few months, now the government agency MMTC will soon float tenders to import 2,000 tonnes in two tranches.

To discourage exports, Paswan said that he has recommended the commerce ministry to reimpose minimum export price (MEP) on onion, which was scrapped in December 2015.

Meanwhile, the commerce ministry is mulling over imposing MEP of USD 700-800 a tonne. It has already taken the opinion of exporters and other stakeholders on the matter.

The country has resorted to import of onion as the old crop has got exhausted and the new kharif crop, which is being harvested, is expected to be lower.

The new kharif crop is likely to be lower by 10 per cent as area sown is less by 30 per cent. The production assessment will be known once the harvesting completes, a senior consumer affairs ministry official said.

It may be noted that 40 per cent of the country's total onion crop is produced in the kharif season, and the rest during the rabi season. The kharif crop, however, cannot be stored.