The exact motive for the crime was not immediately clear, police said adding they suspected the victims' opposition to cow slaughter could be one reason. 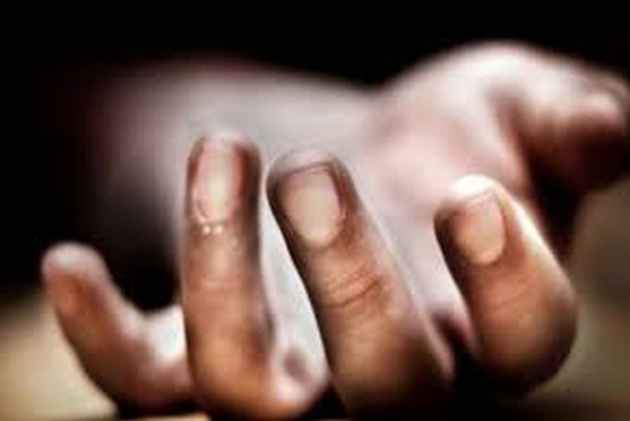 Two 'sadhus' were stabbed to death and another injured inside a temple premises by unidentified persons on Wednesday triggering mob violence in the Bidhuna area of Auraiya district, police said.

Enraged at the killings, a mob set some shops ablaze and pelted stones forcing the police to fire in the air, they said. The situation was brought under control even as there was heavy deployment of security personnel to maintain law and order, they said.

The exact motive for the crime was not immediately clear, police said adding they suspected the victims' opposition to cow slaughter could be one reason.

Additional DG (Kanpur range) Avinash Chandra said the priests were found lying in a pool of blood with multiple stab wounds on their necks and other body parts inside the Bhayanak Nath temple in Kudarkot area under Bidhuna police station.

Auraiya is around 180 km from Lucknow.

Police suspect the monks were attacked as they opposed some people who were allegedly into cow slaughter. "They were tied to a charpoy and attacked. Two of them were killed," circle officer, Bidhuna, Bhaskar Verma said.

Infuriated at the killings, a mob attacked shops and set some of them afire and hurled stones and brickbats, prompting police to open fire in the air, an official said, adding the situation was soon brought under control with heavy deployment of police to prevent any untoward incident

The deceased were identified as Lajja Ram (65) and Halke Ram (53), residents of Bakewar, Etawah.

Another monk, Ramsharan (56), received serious injuries, police said. A resident of Bidhuna, he was shifted to Saifai hospital, they said.

The three were rushed to the district hospital where Lajja Ram and Halke Ram were declared dead upon arrival, while Ramsharan was shifted to Saifai hospital in a critical condition, ADG Chandra told PTI.

"People were generally complaining that the area where the murders took place was witnessing cases of cow slaughter and the victims were opposing it. That could be a possible motive behind the attack," the IG said, adding, Station House Officer, Akhilesh Mishra, was placed under suspension on charges of negligence.

Around a dozen police teams headed by senior officials were formed to investigate the double-murder.

Special surveillance teams were sent to Auraiya from Kanpur to assist local police in cracking the case and in dealing with rumour-mongers, officials said.

The exact motive behind the gruesome killings was not known immediately, the ADG said, adding that they were exploring all possible angles.