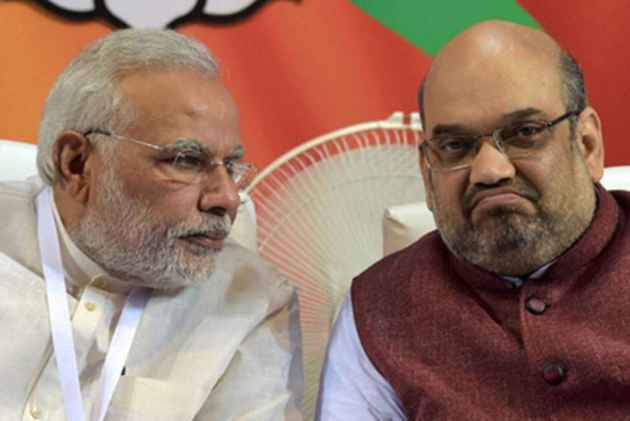 Echoing the Prime Minister, BJP President Amit Shah gave a caste spin to the party’s lackluster win in Gujarat assembly elections, where the saffron party lost 16 seats from 2012 and the Congress gained 16 seats.

Shah attributed the drop in BJP's seats, from the target of 150 to 99, to "caste politics" and the "low level of political discourse" of the Congress and its allies—and dismissed the Congress claim of moral victory in the elections.

"Congress brought the level of the campaign down, because of which our number of seats went down," said the BJP president. Shah was pointing fingers at Patidar agitation leader Hardik Patel, dalit leader Jignesh Mevani, and face of the Kshatriya-Thakor community Alpesh Thakor who lined up behind the Congress, carting away the sureshot votes of BJP.

Jignesh Mevani came to fore after four dalit men were flogged in Saurashtra’s Una town in 2016. He became the Dalit face and contested as an independent candidate from the Vadgam constituency, and won. Hardik, who has been pitted against BJP on the issue of reservation for his community managed to split the BJP votes. OBC leader Alpesh Thakor joined Congress in October, contested from Radhanpur and won.

Prime Minister Narendra Modi too accused the Congress of trying to sow the seeds of casteism in Gujarat in its "hunger for power".

The vitriol-filled Gujarat election campaign had enough slurs from the BJP side too.

Modi had raked up caste angle in his election speech by joining issue with Mani Shankar Aiyar, who called him a “neech”. Modi chose to spin the neech remark to portray it as an attack on his caste.

The Prime Minister said Pakistan was trying to influence Gujarat polls through the Congress leaders and they want Ahmed Patel as the chief minister of the state. “He had claimed that at a meeting in Congress leader Mani Shankar Aiyar’s house, the guests, including former prime minister Manmohan Singh, discussed the Gujarat polls with Pakistan’s High Commissioner to India and former Pakistani Foreign Minister Khurshid Kasuri.”

Modi had also attacked Rahul Gandhi by “congratulating the Congress on their Aurangzeb raj” ahead of party vice-president Rahul Gandhi’s expected elevation as party chief.

"The Congress might be visible on the ground but there were many forces at work beside it. 'Bring down the BJP once'. All sorts of conspiracies were hatched," Modi said.