Modi Biopic Should Be Released After Polls: EC To SC

EC officials, who watched the film, opined that there is high probability that a particular political party will gain electoral mileage if the film is permitted to be released during the ongoing polls. 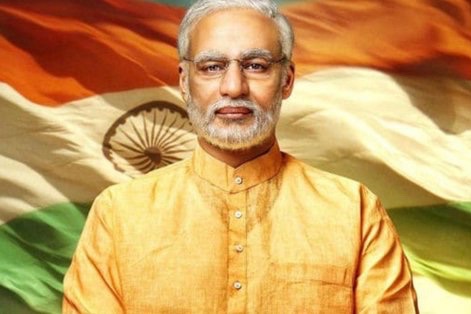 The Election Commission has reiterated that its decision to ban the release of a biographical film on Prime Minister Narendra Modi during the ongoing polls is valid, a source here said on Wednesday.

The Election Commission (EC) submitted its report in a sealed cover on the biopic "PM Narendra Modi" starring Vivek Oberoi to the Supreme Court on Monday.

According to a source familiar with the poll body's report to the apex court, it said the officials, who watched the film, opined that there is high probability that a particular political party will gain electoral mileage if the film is permitted to be released during the ongoing polls.

Consequently, the poll body is justified in its decision to release the film after the last phase of voting for the Lok Sabha elections on May 19, according to the report.

The Supreme Court will decide on EC's report on Friday. The poll panel submitted the report in the court through its counsel Rakesh Dwivedi.

The Suprme Court bench has also directed the EC counsel to share the report with the film's producer, who had moved the apex court challenging the Commission's decision to ban its release despite getting the nod of the Central Board for Film Certification (CBFC).

The source said that the movie popularises the character of Narendra Modi, and also portrays him as a leader with a no-compromise approach.

"The content of the movie is uni-dimensional," said the source.

Earlier, the poll body had said that release of the film is not justified after the model code of conduct had come into effect. The film producer on the contrary has said that the EC's ban is simply an exaggeration.

The Supreme Court will rule on these contentions by the end of this week.