Calling Jaitley a “lucky Finance Minister”, luckier than any post-1992, Sinha says that global crude oil prices had placed an “unprecedented bonanza” of “lakhs of crores of rupees” which “has been wasted " 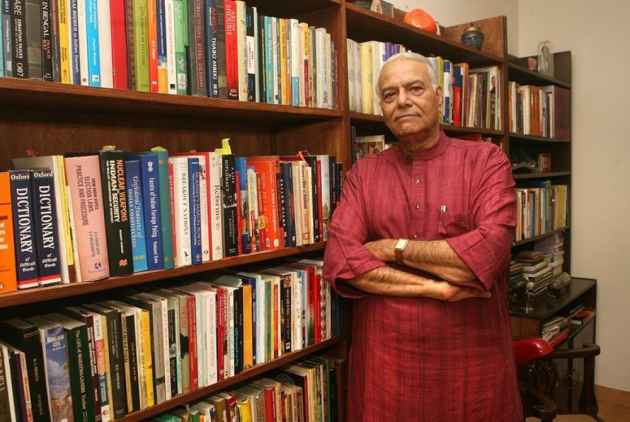 Senior BJP leader and former Finance Minister Yashwant Sinha has come out all guns blazing in a scathing piece where he says he would be ‘failing’ his ‘national duty’ if he did not speak out about the ‘mess’ that the current Finance Minister Arun Jaitley has made of the economy.

Sinha’s article in The Indian Express has already sent tongues wagging on social media. The 84-year-old  former Finance Minister in Atal Behari Vajpayee’s cabinet during the first NDA government lay into the current one, saying that Jaitley losing his Lok Sabha election did not hinder his appointment. Sinha contrasted it with a time when Vajpayee had refused to induct Pramod Mahajan and Jaswant Singh into the cabinet in 1998 for similar reasons.

There was more. Sinha writes that the job of the Finance Minister “calls for the undivided attention of its boss” and that Jaitley had been handed four portfolios out which he still retains three.

Calling Jaitley a “lucky Finance Minister”, luckier than any post-1992, Sinha says that global crude oil prices had placed an “unprecedented bonanza” of “lakhs of crores of rupees” which “has been wasted and the legacy problems have not only been allowed to persist, they have become worse.”

Sinha then ran a status-check on the economy, noting a shrinking of private investment, the ‘collapse’ of industrial production, saying that “demonetisation has proved to be an unmitigated economic disaster.” Sinha also wrote about how a badly implemented GST played ‘havoc’ with businesses and that demonetisation only added fuel to a fire that had already started.

“The Prime Minister is worried,” writes Sinha, mentioning the new Economic Advisory Council which was appointed recently and also that a meeting with the Finance Minister has been postponed.

Writing that economies are more difficult to build than they are to destroy, Sinha writes that no one has a ‘magic wand’ that would revive this one overnight, and ends the piece with a parting shot:

Also Read: An Undercurrent Of Goodwill

Sinha, a senior leader of the BJP, has been miffed about the government's ambivalence towards his report on Kashmir. Yesterday, a group led by Sinha asked the central government to initiate a dialogue on Kashmir with the state's stakeholders and set a "time-frame" for it.

In a statement, the Concerned Citizens Group (CCG) said it has read with high hopes the statements of Prime Minister Narendra Modi, Home Minister Rajnath Singh and the BJP leadership on a positive change in policy towards Kashmir's citizens, as have many Kashmiris.

Sinha, who took over as Foreign Affairs minister from Jaswant Singh in 2002, had also criticised the Modi government's foreign policy last year. The criticism was brushed aside by the ruling party.