BJP-ruled Rajasthan is the first Indian state to have a minister in charge for the welfare of cows. 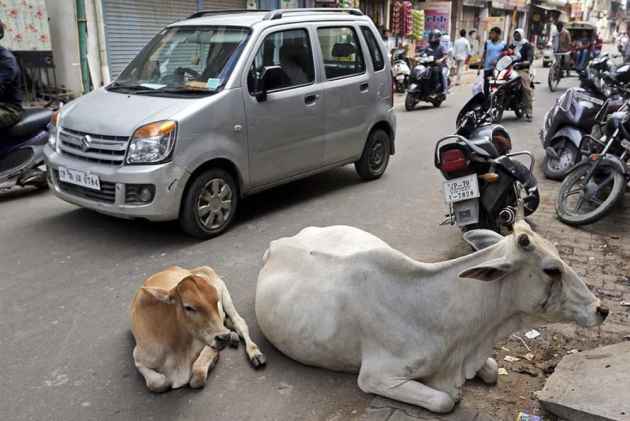 The Narendra Modi government is planning on introducing a new ministry for cows, said BJP President Amit Shah in Lucknow on Monday.

The Telegraph quotes Shah saying that “there are many recommendations about a cow ministry. A discussion (about the matter) is on.”

According to the report, Shah did not specify what the mandate for the said ministry would be. It added that Uttar Pradesh CM, Yogi Adityanath was present with Shah at the press conference. Adityanath, who has been championing a ‘save the cow’ campaign, was reportedly the first to ask for such a ministry, requesting Prime Minister Modi in 2014.

BJP-ruled Rajasthan is the first Indian state to have a minister in charge for the welfare of cows. Prime Minister Narendra Modi rode to power in 2014 on a slew of promises, which include a national ban on cow slaughter. In April, the home ministry came out with plans to assign a unique identification number, Aaadhar, to cows. His home state Gujarat raised the sentence for cow slaughter to life term in jail.

In Lucknow on Monday, Shah described Modi as the "undisputed most popular PM" of India, claiming that the saffron party's government had succeeded in "ending the politics of family, caste and appeasement" in the country.

Shah claimed that if all the assistance extended to Uttar Pradesh were summed up, then it would be "2.3 times" more under the Modi government than what was given during the UPA regime.

Modi has come out twice in the recent past to condemn instances of lynching related to cow slaughter around the country. The issue has plagued the monsoon session of Parliament with the opposition particularly not letting Lok Sabha proceedings continue without a debate on the matter.