He said that in the last seven years, Prime Minister Narendra Modi's government has taken many important steps to tackle cyber crime, an official statement said. 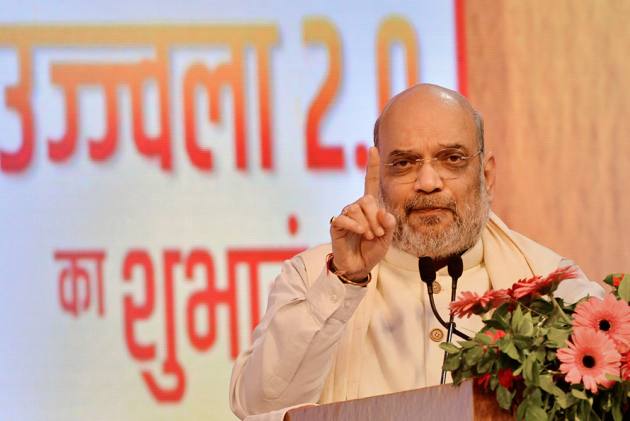 Union Home Minister Amit Shah on Tuesday said that all FIRs in 99 percent of police stations are registered on the central government's online portal CCTNS, which is accessed by all 16,347 police stations in the country.

Chairing a meeting of the Consultative Committee of the Ministry of Home Affairs on the topic 'Cyber Crime: Threats, Challenges and Response' here, Shah said that the work of making analytical tools against cyber crimes has been completed up to 40 per cent.

He said that in the last seven years, Prime Minister Narendra Modi's government has taken many important steps to tackle cyber crime, an official statement said. "In the last seven years, the work of setting up the infrastructure to deal with cyber crimes in the country has been completed fully up to the police post level," he said. Shah said efforts are being made to train police personnel and lawyers for the prevention of cyber crime.

"Crime and Criminal Tracking Network and Systems (CCTNS) has been implemented in all 16,347 police stations in the country. In 99 per cent of police stations, including newly established police stations, 100 per cent FIRs are being registered directly in CCTNS," he said in the meeting attended by several MPs.

The home minister said as public representatives, it is the responsibility of the MPs to try to spread awareness about cyber crimes. "The central government under the leadership of Prime Minister Narendra Modi is committed to deal with every aspect of this new menace," he said. Shah referred to various e-initiatives of the Ministry of Home Affairs to deal with cyber crimes such as the National Cybercrime Reporting Portal (NCRP) which facilitates victims and complainants to report cyber crime online. So far more than 6 lakh complaints have been received and 12,776 FIRs have been registered, he said.

The home minister said the National Cybercrime Threat Analysis Unit (NCTAU) has issued 142 cybercrime prevention advisories and has blocked 266 mobile apps while 3,800 forensic services were provided by the National Cybercrime Forensic Laboratory (NCFL). He said that seven Joint Cyber Crime Coordination Groups (JCCTs) have been constituted which include all States and Union Territories. Shah said the National Cybercrime Training Center (NCTC) registered 8,075 police personnel for online training and issued 1,877 certificates. The home minister said 960 cyber security tips were issued by the authorities and these are constantly being issued on social media.

The initiatives focusing on cyber awareness and cyber hygiene promotion among the general public through social media handles of MHA @CyberDost, regular SMSs to citizens, etc. are being taken so as to strengthen the mechanism to deal with cyber crimes in a comprehensive and coordinated manner.

During the discussions, the MPs gave constructive suggestions for further strengthening and improvement of response mechanisms to effectively deal with the menace of cyber crimes, challenges and response, including the importance of cyber hygiene for prevention of cyber crimes.