Modi Meets Theresa May For Bilateral Talks On Immigration, Counter-Terrorism

"Very welcome to London, Prime Minister," May said as she greeted Modi, who arrived in a Tata Motors' Range Rover. 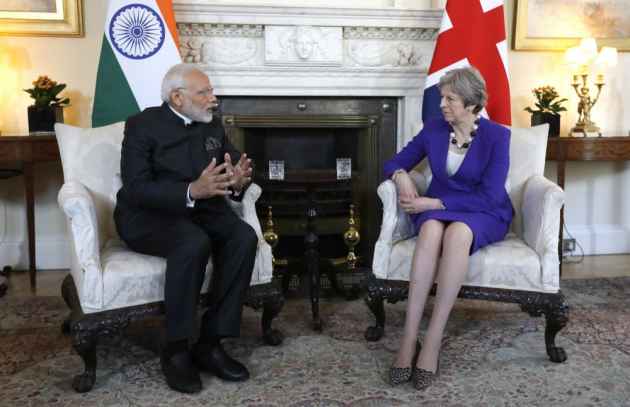 Prime Minister Narendra Modi today arrived at 10 Downing Street for a breakfast meeting with his British counterpart Theresa May during which the two leaders are expected to discuss wide range of issues of mutual interest, including cross-border terrorism, visas and immigration.

Modi was met with the customary handshake by May.

"Very welcome to London, Prime Minister," May said as she greeted Modi, who arrived in a Tata Motors' Range Rover.

The two leaders held talks over a breakfast meeting on a wide range of issues of mutual interest, including cross-border terrorism, visas and immigration.

A memorandum of understanding (MoU) on the return of illegal immigrants, which had expired in 2014, will be officially renewed to take into account biometric and other developments in the field, along with a range of nearly a dozen MoUs across different sectors.