The two leaders are scheduled to proceed to Sabarmati Ashram to pay their respects to Mahatma Gandhi. 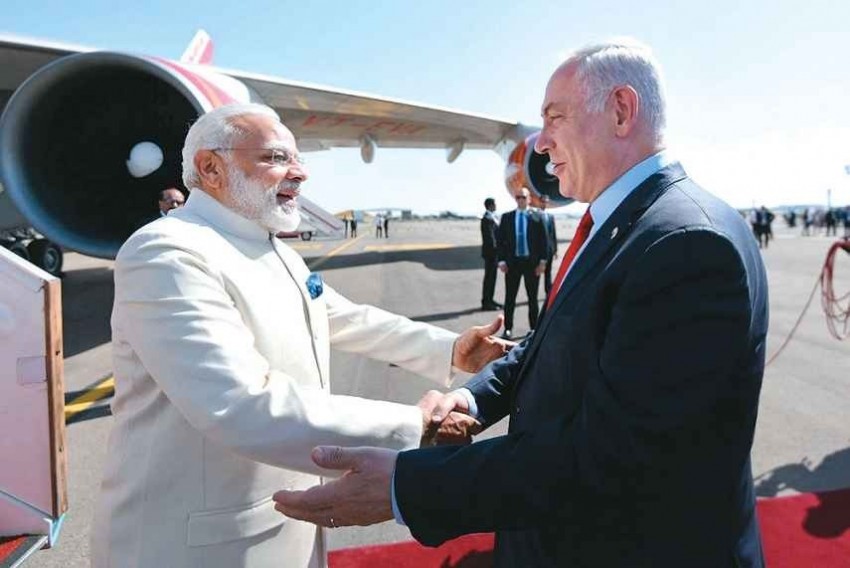 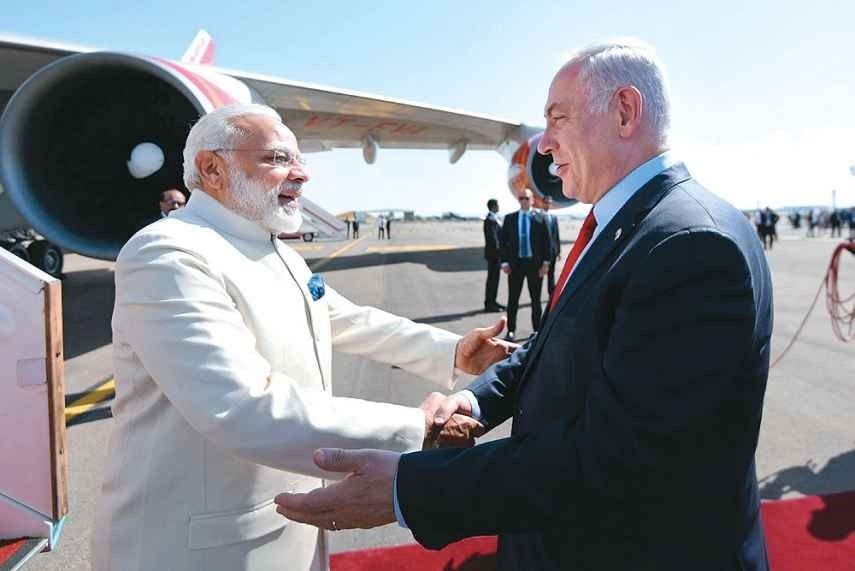 Prime Minister Narendra Modi and his Israeli counterpart Benjamin Netanyahu today held a roadshow in the city under a heavy security blanket as thousands of people lined up along the route to greet them.

After arriving in Modi's home state, the two leaders, along with the Israeli prime minister's wife Sara Netanyahu, set out in a car from the Sardar Vallabhbhai Patel Airport here.

Around 50 stages were erected on the roadside along the stretch to showcase performances by troupes of different states to welcome the guests.

People carrying Indian and Israeli flags stood in large numbers on both sides of the tastefully decorated road.

Modi and Netanyahu waved at the people, who greeted them with loud cheers.

At 'Hriday Kunj', Gandhi's home in the ashram, Modi showed them Gandhi's room and the articles he used.

Netanyahu and his wife tried their hands at Gandhi's cherished spinning wheel.

Modi also showed kites to the Israeli prime minister, whose visit comes just a few days after 'Uttarayana', the popular festival of kites in Gujarat.

Netanyahu and his wife then took a try at flying kites in the ashram.

The Israeli PM is the third international leader whom Modi is hosting in his home state of Gujarat.

Modi and Japanese premier Shinzo Abe had held a joint roadshow in an open jeep during the latter's visit here in September last year. The Indian premier had shown Abe and his wife around at the Sabarmati Ashram, where Mahatma Gandhi had stayed for a long time.

They had also spent some time at the Sabarmati Riverfront, developed during Modi's tenure as Gujarat chief minister.

Modi had also accompanied Chinese President Xi Jinping and his spouse to the riverfront during the latter's India visit in 2014.