'Modi Vs Rahul' Is BJP's Strategy For 2019 LS Polls, But It Won't Work: Sharad Pawar

He also indicated that a national level pre-poll opposition alliance for the 2019 general elections was unlikely. 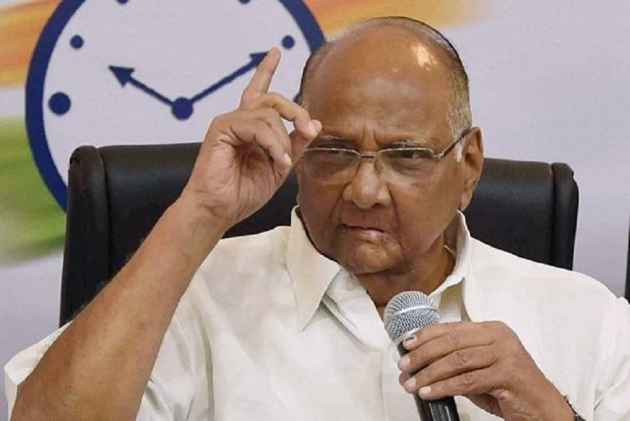 A day after senior Congress leader P. Chidambaram said that Rahul Gandhi had not yet been declared Congress party’s prime ministerial candidate, NCP chief Sharad Pawar on Tuesday said that attempts to project the 2019 Lok Sabha polls as a ‘Modi versus Gandhi’ contest is the BJP's strategy which will not work.

"That is the BJP's strategy which will not work," said Pawar during an interaction at 'Mumbai Manthan' conclave organised by Aaj Tak news channel.

Asked about former finance minister P Chidambaram's comment that the Congress will not project Congress president Rahul Gandhi as the prime ministerial candidate, Pawar said what Chidambaram said was the Congress party's approach.

"During all my interactions with Rahul Gandhi so far, I realised there was no insistence on being the PM candidate face, but only change of the present government," he said.

He also indicated that a national level pre-poll opposition alliance for the 2019 general elections was unlikely but said he was trying to bring the non-BJP parties together on a common platform in a bid to defeat the ruling NDA.

Pawar also said any party in the Opposition getting the maximum seats after the Lok Sabha polls could claim prime ministership if the Modi government is unseated.

"I do not see the possibility of a uniform national alliance since political situation on the ground varies from state to state. I am talking to different parties to bring them on a common platform," said Pawar.

He said the current situation in the country was similar to the one in 2004.

"There will be change in government in Delhi and Maharashtra. No single party can provide an alternative. I do not think Narendra Modi will be prime minister after the Lok Sabha polls," he said.

Nobody thought Manmohan Singh would become the prime minister, but he gave a stable government for 10 years, the Nationalist Congress Party (NCP) chief said.

"(Former prime minister) Atal Bihari Vajpayee's stature in the BJP and the country was much bigger than Modi. Still there was a change. There is never a vacuum in politics. There will be an alternative even now," he observed.

On being asked whether the NCP would support union minister Nitin Gadkari, who hails from Maharashtra, as prime minister if the BJP-led alliance retains power, Pawar said, "I would not support anybody from the BJP".

He also said leaders like H D Deve Gowda and Inder Kumar Gujral became prime ministers by "accident" and that he did not want to be part of "accidents".

Asked whether any failure by the opposition parties to have a national-level alliance was a disadvantage, the former union minister said, "there will not be much of a disadvantage".

"We should accept the dominance of Chandrababu Naidu in Andhra Pradesh, Mamata Banerjee in West Bengal... After polls, the picture of who will lead the alliance will be clear from those who get maximum seats," he said.

He also ruled out merging his party with the Congress.

Asked about Modi government's performance, Pawar said people's expectations from the present dispensation were not fulfilled.

"What was promised in 2014 is not seen on the ground after four years. (former prime minister) Manmohan Singh tried his best to give a good government, intentions were best. That is not the situation today.

"If the present government was effective, there would not have been bribery charges at the highest level in the CBI....He(the prime minister) should act," he said.

Pawar said Modi was a strong leader for the Bharatiya Janata Party (BJP), but not for the country.

On demands to bring a law for construction of Ram temple in Ayodhya, Pawar, in a veiled attack on the Centre said, "The issue has come up since the development agenda has failed".

Pawar also attacked the Centre over the Rafale jet contract and demanded a probe into the deal with France by a joint parliamentary committee.

"There is room for suspicion. So there should be a joint parliamentary committee (JPC) probe. If the BJP stalled Parliament for three weeks for a JPC probe in (the) Bofors (case), why should the BJP, now in power, oppose a JPC?," he said.

Asked if he felt there was corruption in the Rafale deal as alleged by Rahul Gandhi, Pawar said he had no information about it.

"I only know the aircraft is good. Rahul Gandhi may have more information than me about corruption," he said.