Pancheshwar Dam, the kingpin of the river linking project, will come up on disaster prone Himalayas with little chances of it being economically viable 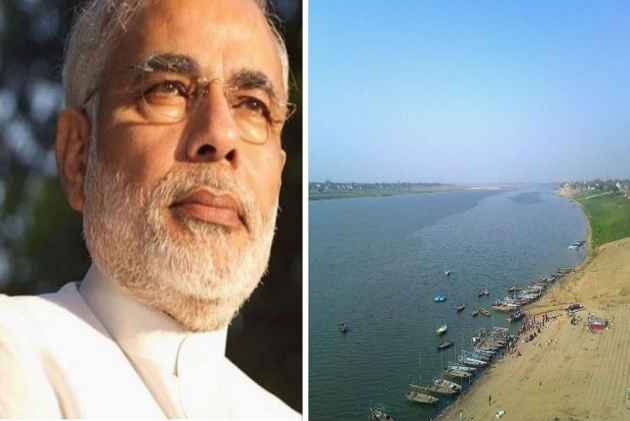 "Bolo Jai Jai Baba Bhole,” is one of the favourite slogans of the Prime Minister Narendra Modi while in Uttarakhand. The massive, controversial Pancheshwar Dam, to be the tallest in the world, is kingpin of the Sharda-Yamuna River Link Project, proposed as a solution for Yamuna’s water problems, among others. It is a pet project of Modi that will also submerge the Pancheshwar Mahadev Temple.

Unprecedented scale of the project

The Pancheshwar Dam Project (PDP) is proposed on Mahakali river, about 2.5 km downstream of confluence of Saryu with Mahakali along the India-Nepal Border. The 315m high dam, full 10m higher than current tallest completed dam of the world and full 54.5 m taller than Tehri Dam, India’s current tallest dam at 260.5 m. Pancheshwar is proposed to be a Rock fill dam with clay core. The tallest existing dam of this type in the world is of 169 m height (Ataturk Dam in Turkey), the PDP will have almost double that height. The PDP will have reservoir storage capacity of 11.35 Billion Cubic Meters (BCM) with reservoir area of 11600 ha. It will be the largest reservoir in Himalayas. Just shows how unprecedented this venture is.

PDP is proposed to have installed hydropower capacity of 5040 MW, several times higher than installed capacity of any existing hydropower project in India. The largest capacity under-construction hydropower project in India is the 2000 MW Lower Subansiri Project, which has been stalled since December 2011 due to agitation in Assam. Among many reasons why Lower Subansiri project remains stalled is the shoddy Environment Impact Assessment, including non-existing downstream impact assessment or disaster impact assessment and violations in public consultation process and shockingly poor environment appraisal. All these also feature very prominently in case of PP.

Project Authorities cannot even get the map right?

The map hosted by the official site of the PDP shows that Saryu flows SouthWest from Bageshwar, running through Almora District, before running east along the border of Almora and Nainital Districts, which is totally incorrect. If the project authorities cannot get even their maps right, what hope is there for a complex, risky project?

PDP is to come up in one of the most seismically active areas of India. In fact, there has been no major earthquake in this area for so long now that the seismologists are afraid that next one to hit this area could be really big one with magnitude above 8.5. The April-May 2015 Gorkha earthquake of Nepal did not help release the accumulated seismic energy of the area, since almost all the aftershocks of the Gorkha earthquake occurred to the east of the epicenter, with almost none to the west, where PDP site is located.

Besides the inherent seismicity of the area, the massive reservoir could also have what scientists call Reservoir Induced Seismicity (RIS). Koyna is the best known example of dams that caused RIS. The reservoir area of Koyna dam is comparable to that of Pancheshwar dam, but the storage capacity of Pancheshwar being over four times that of Koyna, the impact of Pancheshwar Dam on the geology of the area could be much higher. Add to it the fact that Pancheshwar is proposed in an area known to be seismically VERY active, unlike the Koyna dam area, where seismic activity was almost unknown till the Koyna dam came up.

Seismicity and RIS are not the only hazards that the Pancheshwar Dam faces. The Himalayas are known to face a number of other high vulnerabilities, including floods (including flash floods), landslides, erosion, landslide dams, glacial lake outburst floods, among others.

The project was initiated through the Indo-Nepal 1996 Mahakali Treaty, but the treaty has become outdated as many provisions of the treaty stand violated. Within Nepal, there has been debate about constitutional validity of the treaty. Considering the prevailing atmosphere of mistrust between India and Nepal, which has become worse in recent years following blockade during Madhesi agitation in Nepal, and also considering the history of stalled Indo-Nepal Projects, not many are convinced that this project will go forward.

The Environmental Impact Assessment of PDP states that hydropower generation is the basic objective of the Project. India is currently power surplus and has become net power exporter & is likely to remain so for many years, as India’s Power Minister has repeatedly said on the floor of Parliament. Every unit of power from PP will cost over Rs 6-8, at conservative estimates.  However, these days there are no takers in Indian power exchanges for any power costing over Rs 3 per unit. Nepal actually hopes to sell most of the power generated at PDP to India. Who will buy this expensive power in a surplus market? Even in terms of pure economics, the PDP is totally unviable.

India’s basic objective may be water and not power, but for harnessing water from this basin, there are better options, as there are in Yamuna basin, considering that groundwater is India’s water lifeline.

Mahadev is also called Bhole (innocent). But can Baba Bhole be fooled so easily in the name of development?

Himanshu Thakkar is an engineer from IIT Mumbai and is currently coordinator of South Asia Network on Dams, Rivers & People and editor of "Dams, Rivers & People" magazine. He has been associated with water and environment sector for more than 2.5 decades and in the past associated with the work of World Commission on Dams, Narmada Bachao Andolan and Centre for Science and Environment