Former power and environment minister Suresh Prabhu is back with a bang having been appointed as a personal emissary of Prime Minister Narendra Modi to represent the country at the crucial G20 Sherpa meeting. 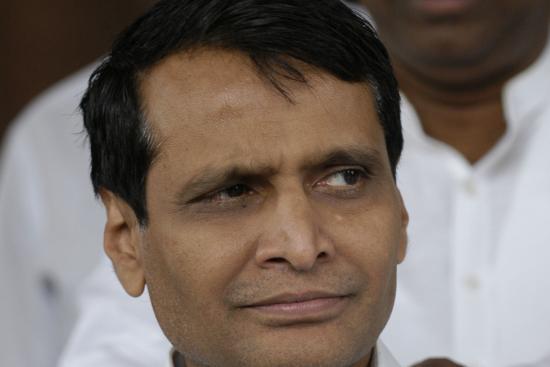 Former power and environment minister Suresh Prabhu, who was forced to step down when his party’s then supremo Bal Thackeray fell out with Atal Behari Vajpayee led NDA government, is back with a bang having been appointed as a Sherpa or a personal emissary of Prime Minister Narendra Modi to represent the country at the crucial G20 Sherpa meeting.

Each G20 leader has a Sherpa who is a senior official responsible for preparing the agenda for leaders to consider at the annual summit— to be held this year on November 15 and 16 at the Brisbane Convention and Exhibition Centre in Queensland, the most significant meeting of world leaders Australia will be hosting at the end of its G20 presidency.

One of the names considered to head the new proposed institution that will replace the planning commission, which has been disbanded by Modi with no clear plans in sight, Prabhu, a Chartered Accountant by training,
is highly regarded for his understanding of global issues from energy to climate change, infrastructure demands to those pertaining to the financial sector.

As chairperson of the Council on Energy, Environment and Water (CEEW), and a member of the Global Advisory Council of the World Economic Forum, Prabhu has been pursuing and championing the cause of environment and need to balance it in pursuit of development. He has long been associated with the river inter-linking project pursued by the NDA during its earlier avatar.

The role as a Sherpa will see Prabhu wield considerable influence as the emissary of one of the major developing economies. In general, sherpas are quite influential, as the deliberations and negotiations done at sherpa level meetings form the crux of the policy making at the head of states meeting.

So far this year, two Sherpa level meetings have been held in March and in June. During the UPA tenure, former Planning Commission deputy chairman Montek Singh Ahluwalia was the prime minister’s special emissary at the Sherpa meetings. Ahead of the two-day sherpas’ meeting in Canberra on September 30-October 1, Prabhu has reportedly had informal discussions with Ahluwalia on the issues of concern to India and the varied country stance.

To operate out of the PMO, Prabhu is expected to hold discussions with several ministries including the external affairs and finance in preparation for the Canberra meet where India is expected to once more clarify concerns on food security issues.

While the sherpas are generally quite influential, they lack the authority to independently make the final decision about any given agreement.

The sherpas’ meeting at Canberra follows the G20 Finance Ministers’ meeting in Cairns last week, which was preceded by the ministerial meeting on employment and labour. Ahead of the G20 Leaders’ Summit on November 15-16, another round of finance ministers' meeting will be held beginning November 13 as countries work to recreate a cleaner global financial architecture.