"There is a big pay gap in Hollywood, because of gender discrimination, and my life time earnings are 40 % less than what I should have earned, had there been pay equality in the industry." 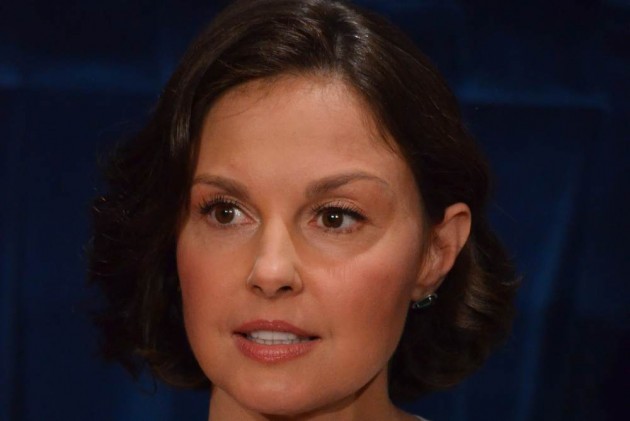 Hollywood actor and activist Ashley Judd stunned her Delhi audience when she revealed that she too has been a victim of sexual harassment. Judd who was in the Capital as a part of the World Congress Against Sexual Exploitation of Women and Girls initiative, said that she had been molested at the age of seven, raped at the age of 14 and then again in 1998.
"I was molested when I was 7 years old. I was raped at 14, and then I was raped in 1998. It’s a miracle that I wasn’t trafficked," she said. The 48-year-old has been in India for the last one week as a part of the initiative, reported Hindustan Times.
She also talked about gender inequality and pay disparity in Hollywood. In a scathing remark, she said that she makes 40% less than her male co-stars. "There is a big pay gap in Hollywood, because of gender discrimination, and my life time earnings are 40 % less than what I should have earned, had there been pay equality in the industry," she was quotes saying by ANI.

I was molested for the first time at the age of seven, experienced rapes at the age of 14 & in 1998: Hollywood actor Ashley Judd pic.twitter.com/L2DD9PYThi

Reality is my lifetime earnings are 40 % less, simply because I am a female: Hollywood actor Ashley Judd pic.twitter.com/7qnZrInXp3

When I struggle with what to say,I read 'Paid For' by Rachel Moran: Ashley Judd at World Congress against sexual exploitation of women&Girls pic.twitter.com/f1qb5RrIfs

Majority of victims of human trafficking in United States are Americans&average age of entry into prostitution in US is 12 to14: Ashley Judd

In 2015, she told Mirror  that when she was filming Kiss The Girls in the executive - one of Hollywood's top bosses - summoned her to his hotel room and asked her to watch him shower.
"I was sexually harassed by one of our industry's most famous, admired-slash-reviled bosses. He was very stealth and expert about it. He groomed me, which is a technical term - 'Oh, come meet at the hotel for something to eat'. It went on in these stages. It was so disgusting," Ms Judd said.
Judd, along with industry stalwarts like Meryl Streep, has been very vocal in criticising American President Donald Trump.