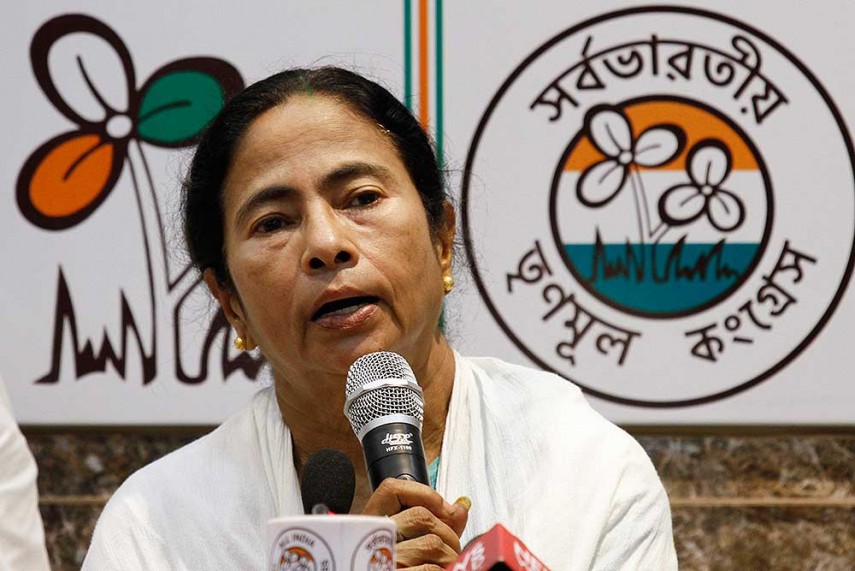 "Financial Emergency" is how West Bengal chief minister Mamata Banerjee described the move by the Central government to demonetize the Indian currency's five hundred and one thousand rupee notes. Since the announcement was made by the Narendra Modi government, she has launched a scathing verbal and written attack on the Center. Calling it a "draconian" act, she said it has thrown people's daily lives out of gear. "From fish markets to petrol pumps, people are being turned away because no one is accepting these currencies," she said. She even expressed concern about hospitals not accepting these currencies. She told reporters, " I hear that even patients who have been released were not being able to go home because they only had five hundred and one thousand rupee notes to pay with."

Mamata's criticism of the Modi government is being interpreted by a section of Calcutta’s political commentators as one of the first indicators that she is giving out signals to Opposition parties across the country to unite. She has been talking about the formation of a "Third Federal Front" comprising non-BJP and non-Congress parties both national and regional even before the general elections of 2014. It will be remembered that that was a time when the nation, after nearly two and half decades of coalition governments, had still not expected a landslide victory for any single party. The possibility that any of the high profile leaders of the different regional parties could become Prime Minister in case of a hung Parliament was being debated with the names of Mamata, Mayawati, Mulayam Singh Yadav, Jayalalithaa and others regularly coming up in political discussions. So much so that, in Bengal it became a topic of news debates with celebrated author, the late Mahasweta Devi directly endorsing Didi as her choice of candidate for the Prime Ministerial position. However, the regional parties were slow to respond to her offer, especially since her arch enemies, the Left, was considering a similar formation. Then CPIM general secretary Prakash Karat had even met the leaders of different regional political parties and understood to have discussed the matter. Though eventually this too did not materialize, what really derailed any such plan was the BJP’s spectacular victory.

For Mamata Banerjee the initial days after the formation of the Modi government was not smooth sailing. She had led an acrimonious anti-BJP campaign and refused to even congratulate him after his win, far less visit him as did others such as Jayalalithaa. After the CBI’s crackdown on the state's Trinamool leaders who were suspected to be involved in the activities of fraudulent chit fund companies - which many in her party had called a vengeful 'witch hunt', she finally met him and is understood to have discussed a quid pro quo. If the CBI could go easy, she would extend to him the much-needed support in Rajya Sabha, where the BJP did not have a majority.

However, after Mamata's own landslide victory in the Assembly elections held earlier this year, the "Dilli chalo" theme has returned to her political speeches and the strained Center-state relationship seems to have reared its ugly head again. She realizes that the sheer strength of her numbers both in the West Bengal assembly and in Parliament gives her an edge and if she is able to draw the other parties towards her, she can revive her movement to capture power in the Center.

The interesting twist in the tale is that this time around is that she may even garner the support of the Congress in forming this Front. After the Congress' disastrous showing in the Assembly elections in West Bengal – in which it had united with the Left to fight Didi but failed miserably – Rahul Gandhi had allegedly been looking for an opportunity to make amends. This presented itself when he called her up to enquire after the health of her nephew Abhishek Banerjee who was recouping in a hospital after a serious car accident. The two are understood to have discussed the possibility of a political tie-up before the next Parliamentary elections.

Mamata has not been mincing her words against the Modi government. She even took to twitter with the following message: (sic) "Please save people from this disaster. Roads are closed, markets shut, patients not being admitted to private hospitals, millions affected. Chaos everywhere.

"This is like an all-India unannounced strike. Those who hoard large amounts of black money will be protected. The poorest of the poor and middle class are crying.

"I once more appeal to the Govt to withdraw this hasty decision. First do a plan of action and only then do proper implementation. This is a complete disaster."

May I once again humbly request the govt. to prepare a proper action plan. The implementation of this will help the common citizens...1/3

... And the poor who need protection. I am from the grassroots. I have met people all day, heard their stories and felt their pain...2/3

... Black money hoarders and the corrupt need to be punished, but why put the burden on commoners and the poor. 3/3