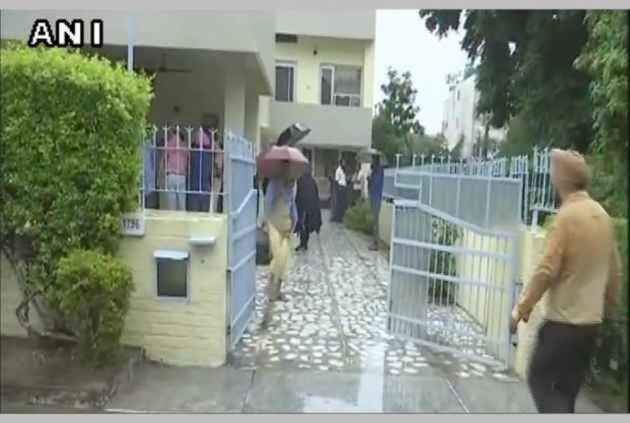 Almost a month after the killing of a senior journalist and his mother here, Punjab police today released photographs of five suspects who carried out a recce of the victims' house.

The photographs, procured from CCTV camera footage, showed five suspects -- of whom three were turbaned -- roaming around the house of the victims on the evening of September 22, police said.

Senior journalist K J Singh and his bed-ridden 92-year- old mother were found dead at their Phase 3B2 residence here on the afternoon of September 23.

According to the post-mortem report, 64-year-old Singh had received around 17 stab injuries while his mother was strangulated to death. Police had said Singh's throat was slit.

"We have released photographs of five suspects. They appear to be young," H S Atwal, the Mohali SP and member of the special investigation team set up to probe the case, said here today.

Police investigation has revealed that these suspects were making a video of the journalist's house on the evening of September 22.

The victims' relatives and other people have already been questioned in connection with the killings. The victims' car which had been missing since the killings was also yet to be traced. (PTI)