More Than 300,000 Workers To Be Employed In Solar, Wind Energy Sectors In India: Report 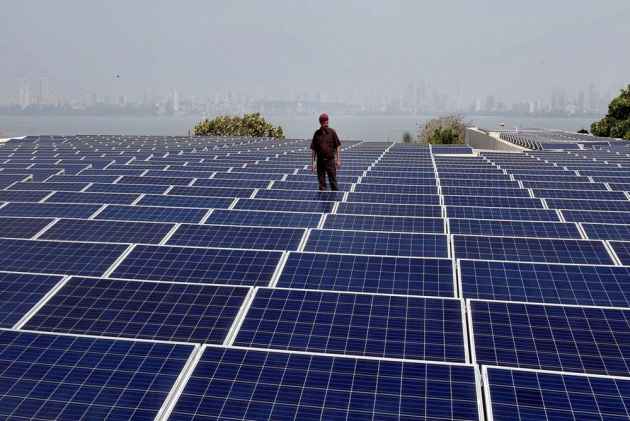 More than 300,000 workers will be employed in the solar and wind energy sectors in India to meet the country's target of generating 175 gigawatts of electricity from renewable sources by 2022, the International Labour Organisation (ILO) has estimated in a report.

The ILO said in its annual flagship report on the state of the global job market that action to combat climate change could create millions of new job opportunities and "more than" offset losses in traditional industries.

The UN labour agency said that 24 million new posts "will be created globally by 2030", but added that "the right policies to promote a greener economy" must also be in place for this to happen, along with better social safety nets for workers.

The report 'World Employment and Social Outlook 2018: Greening with jobs' said India has set itself the goal of generating 175 gigawatts of electricity from renewable sources by 2022, which corresponds to around half of its total electricity production.

The report cited estimates by The Council on Energy, Environment and Water (CEEW) and the Natural Resources Defence Council (NRDC) that say that based on surveys of solar and wind companies, developers and manufacturers, over 300,000 workers will be employed in the solar and wind energy sectors in India to meet the 2022 target.

"To meet the target, the number of workers required by ground-mounted solar, rooftop solar and wind power projects, will need to increase… The potential for employment creation is conditional on the domestic capacity of solar module manufacturing and the establishment of vocational training programmes and certification schemes," the report addd.

It said that in countries such as Denmark, Estonia, France and Germany, as well as in India, South Korea, the Philippines and South Africa, a number of environmental policies and national development strategies make reference to skills development for the green transition.

The report noted that India has made environmental sustainability a central objective of its development strategy in its twelfth Five-Year Plan (2012–17) and set up a comprehensive framework for skills development for green transition at the national level, targeting key sectors and institutions like the Skills Council for Green Jobs was set up for the purpose in 2015.

It said that based on the identification of skills needs in these sectors, 26 new Technical and Vocational Education and Training (TVET) courses have been developed for occupations ranging from water treatment plant helper to solar project manager and improved cooking stove installer.

India is rapidly increasing its share of renewable energy sources but still relies on coal, oil and natural gas and the related carbon emissions for 80 per cent of its electricity.

The ILO report predicts that the transition to a green economy will also lead to the loss of six million jobs in industries that are heavily reliant on carbon-based production.

Two sectors, namely petroleum extraction and refining, are set to see job losses of one million or more.

In line with the historic Paris Agreement on climate change accord of December 2015, UN Member States pledged to respond to destructive climate change, by keeping temperature rises to below two degrees Celsius, above pre-industrial levels. This should lead to more new jobs in the sustainable energy sector through public policy shifts - as well as private sector development - ranging from the promotion of electric cars to energy-efficient buildings, according to the ILO report.

It indicates that the regional winners from investment in energy use and production will be Asia and the Pacific, with 14 million jobs created, the Americas (three million) and Europe (two million).

In contrast, negative job growth is forecast in the Middle East (minus 0.48 per cent) and Africa (minus 0.04 per cent) if the reliance of these regions continues, respectively, on fossil fuels and mining.