More Than Just Another Wakeup Call

This is not the time for political mudslinging. It is time for holistic reflection and action. 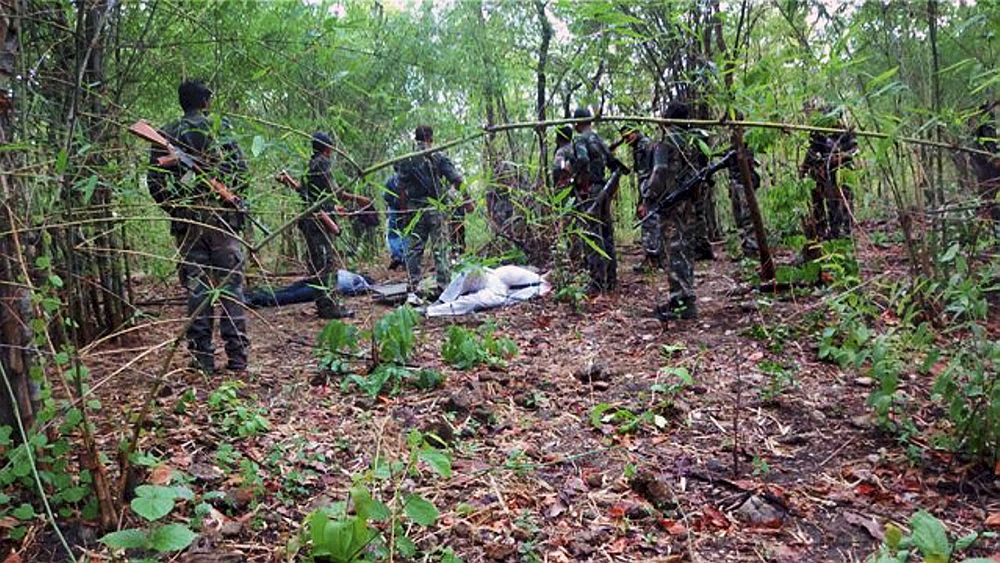 The Maoist ambush of the convoy of Congressmen in Chhattisgarh on May 25 is being described as a wakeup call in view of the forthcoming elections, with the term of the present state government coming to an end in January 2014. The logic portrayed is that the Maoists are re-asserting themselves because of their dwindling numbers. There are some calls to also bring them onto to the discussion table. There is a furore because this time it is the politicians who have been targeted instead of the usual security forces who, ironically, had many more killed in individual encounters without similar commotion, one example being the Dantewada massacre of April 2010 in which 76 CRPF personnel were killed. Those in the game of drawing political mileage at any opportunity are calling for imposition of President’s rule, as if that is the panacea for dealing with the Maoists insurgency.

Whether targeted killing of politicians will indeed goad the government to get its act together is a matter of conjecture, though many cynics in the civvy street feel that had the terrorists actually got inside the Parliament during the 2001 Parliament attack and targeted some politicians perhaps the government would have geared up better for counter-terrorism including enacting appropriate anti-terror laws and ensured speedy justice.

Despite the Prime Minister repeating over the past six years that the Maoist insurgency is the biggest threat to internal security, we really do not have a cohesive counter policy in place. When Alex Paul Menon, Sukma District Collector was kidnapped and held hostage in April 2012, we were groping around for a hostage rescue policy, which axiomatically has not yet been announced. The systemic constitutional flaw of dealing with the Maoist insurgency under ‘Law and Order’, and that being a ‘state subject’, has not been rectified despite the spread of this menace over 16 states. Why a simple constitutional amendment for bringing insurgencies and terrorism under the centre cannot be enacted remains a mystery. As a result, the response has been shoddy in simply raising more and more CAPF (Central Armed Police Force) battalions and dishing them out to states. Even in the instant case, the Prime Minister has said he is prepared to give more such security forces.

A major flaw remains in that the politico-socio-economic aspects of the problem remain un-addressed and any amount of ‘Operation Green Hunts’ by themselves amount to a peripheral response. Despite much publicity, issues like that of land and forest rights (including share of produce and minerals) have not been resolved. The government’s poverty alleviation schemes reach the intended beneficiaries in miniscule form or not at all because of rampant corruption. Same is the case of development, where despite publicizing large financial allocations, even basic amenities like drinking water, roads, electricity, healthcare, nutrition and education are not being provided albeit much of it is in place on paper. Little wonder that inside the Dandkaranya Forest, the Maoists are only permitting schools to be run by the Ramakrishna Mission. The government’s ‘Food Security Bill’ is considered another avenue for massive scams considering funds to help farmers facing famines are diverted elsewhere and the hapless farmers continue to resort to suicides.

Tall promises and the façade of ameliorating problems of the poor close to elections is unlikely to work in the current age, as transparency of governance, or lack of it, will continue to be on the rise through information technology, media -- or even by word of mouth, from those who have access to these to those deprived. The game of suggesting that Maoists should be brought to the discussion table only because of elections in near future after years of neglect can be seen through, and unlikely to work. Mohan Murti, former Europe Director CII (Confederation of Indian Industries) had this to say post attending a seminar in Europe: “Europeans believe that Indian leaders in politics and business are so blissfully blinded by the new, sometimes ill-gotten, wealth and deceit that they are living in defiance, insolence and denial to comprehend that the day will come, sooner than later, when the have-nots would hit the streets. In a way, it seems to have already started with the monstrous and grotesque acts of the Maoists. And, when that rot occurs, not one political turncoat will escape being lynched.” The government would do well to take this seriously. The Maoists have already stated last year that they intend to infiltrate into the personal security of political leaders at the state and centre level and they along with organizations like the PFI (Popular Front of India) have already made their presence felt in urban areas including Delhi and NCR.

There can be no shortcut but to make a holistic appraisal and evolve a central policy addressing the politico-socio-economic aspects of the problem without neglecting the ‘secessionist’ angle. A military solution is not the key and the centre of gravity is and will always remain the people. It is important to launch simultaneous, synergised operations on the socio, political, economic, moral and physical planes rallying local population against Maoists organization and activities, destroying insurgents and blending development and education to ensure legitimate government rule. The Maoist insurgency must be handled centrally with a 24 x 7 operations room in the ministry of home affairs. An all party meeting must fine- tune the policy and accelerate establishment of the NATGRID and NCTC. The latter is an emergent requirement though, considering the allegations of misuse of CBI, the government will need to build safeguards for not misusing it and convince the states. The States must simultaneously establish STCTs connected to the NCTC for two way flow of real time intelligence. Unified HQ (UHQ) must be established at state and district levels combining command and intelligence functions, integrating CAPF and police units plus government and civil entities trained, dedicated and resourced to establish security, development and rule of law.

Most importantly, it will be naïve to get carried away by the ‘dwindling numbers’ theory of Maoists being propagated. They have collusive support of China and Pakistan who are arming and supporting them. The LeT (proxy arm of ISI) has been attending Maoists meetings. China has provided sophisticated arms and arms manufacturing capabilities to Maoists already. Despite close political, economic and military relations with Myanmar, China has been supplying the United Was State Army (headquartered in Shan Province and the most potent insurgent organization controlling the drug trade in Myanmar) assault rifles, machine guns, rocket launchers, anti-tank weapons, shoulder fired air defence missiles, armoured troop carrying, and, more significantly in February-March this year, two Mi-17 medium transport helicopters armed with TY-90 air-to-air missiles with three more to follow. We need to be prepared for more mayhem including abduction and killings of politicians, and perhaps shooting down of aircraft and mini weapons of mass destruction like Uranium IEDs or radiological threats. This is not the time for political mudslinging. It is time for holistic reflection and action.