MoS Ajay Mishra Should Be Sacked If BJP Has Any Morality Left: Akhilesh Yadav

"The government is filling the coffers of the rich by targeting the poor," he alleged and accused the BJP governments at the Centre and in the state of being anti-poor and anti-farmers. 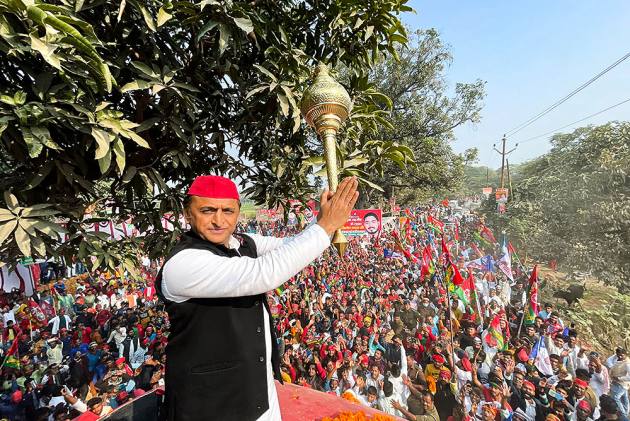 On Wednesday Samajwadi Party chief Akhilesh Yadav said that the Union Minister of State for Home Ajay Mishra should be immediately sacked If there is any morality left in the BJP.

"The BJP cannot save itself from the responsibility of murder of farmers in Lakhimpur. BJP men conspired and deliberately crushed farmers. The truth has come out," Yadav, who is taking out Samajwadi Vijay Yatra to woo voters for the assembly polls,  was quoted as saying in a party statement.

The SP and other opposition parties have stepped up demand for Mishra's removal after a court on Tuesday allowed the SIT probing the Lakhimpur Kheri violence to replace lesser charges in the case like causing death by negligence with an attempt to murder charge as the inquiry team said it was a "pre-planned conspiracy".

Mishra's son is among those arrested in connection with the death of four farmers after a car ploughed into a group of protesters in UP's Lakhimpur Kheri on October 3. "The SIT report has proved that farmers in Lakhimpur were killed as part of a conspiracy. The MoS home was involved in the conspiracy and he has no right to remain in his position," Yadav alleged.

''If it (BJP) has any morality left, it should immediately sack the MOS,'' the SP chief  said. Yadav claimed that as the assembly elections draw near, the "frustration and anger of the BJP" will increase. "Fearing defeat, BJP leaders from other states will also come to Uttar Pradesh," he said.

The party also staged a protest outside the UP Assembly on the opening of the Winter Session to press for Mishra's resignation and raise issues of price rise and farmers' problems. "As the government needs a budget, it has summoned the session. It has nothing to do with the matter of people's interest. The BJP is misleading the people, " he said. He said that SP would deal with the problem of "bull and bulldozer" in Uttar Pradesh.

"The government is filling the coffers of the rich by targeting the poor," he alleged and accused the BJP governments at the Centre and in the state of being anti-poor and anti-farmers.  "The people of Uttar Pradesh now want change. People stand with Samajwadis and this time the BJP will taste a historic defeat in 2022," he claimed.