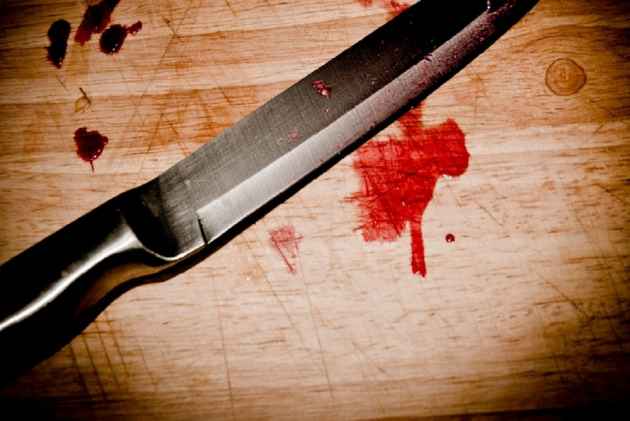 A woman and her lover allegedly slit the throat of her minor daughter after she found out about their affair and threatened to inform her father in east Delhi's Ghazipur area, police said today.

The police were informed around 10 pm yesterday about a six-and-a-half-year-old girl, a class 1 student in a government school, going missing from her house, they said.

After a few hours, the girl's body was found with her throat slit on the terrace of the building where she stayed, the police said.

During investigation, it emerged that the girl's mother, in her 30s, was having an extra-marital affair, they said.

Yesterday, the girl's father, a cart-seller, had gone out for drinks while her mother was alone at home. The woman's paramour came to meet her, the police said.

Before he came, the woman had already sent her daughter downstairs on the pretext of buying something. The girl returned only to find the couple in a "compromising position", they said.

She threatened to call her father and inform him. Enraged, her mother and her paramour, in his 20s, first allegedly rendered her unconscious, the police said.

The autopsy report will clear whether they held her by the neck or gave her some sedative, they added.

They took her to a terrace where they allegedly slit her throat. After they returned, the woman went downstairs and pretended to look for her daughter. She took her younger son to a nearby temple and adjacent lanes to search for the girl, the police said.

Meanwhile, her partner disposed off the blood-stained clothes and hid the knife in the woman's house, they said.

The girl's father informed the police. Later, some residents of the building saw the girl's body on the terrace and alerted the police, they said.

The police questioned the residents of the building and also scanned the call details of the victim's family, the police said.

They developed a suspicion about the girl's mother after they found that she used to speak to a man at odd hours, they said.

The accused, a labourer, was called for questioning and subsequently revealed about his involvement, the police said, adding that the duo have been detained.