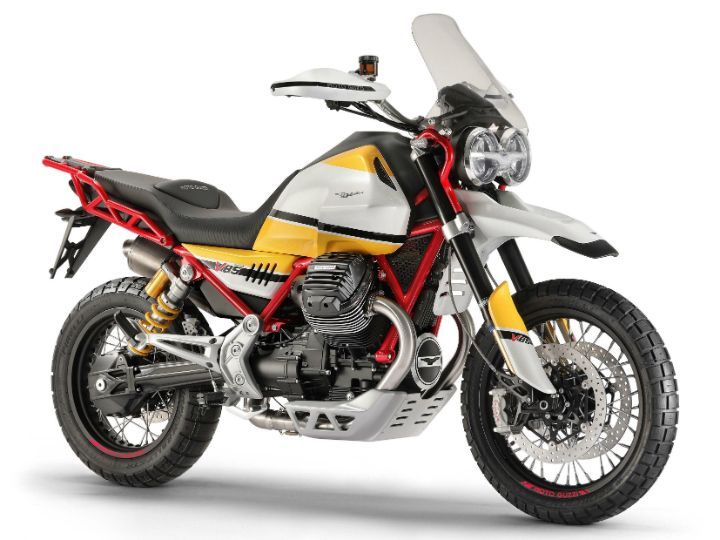 We first got a glimpse of Moto Guzzi’s upcoming adventure tourer at EICMA last year when they pulled the wraps off the V85 TT concept bike. The V85 moniker pays homage to the V65 and V75 bikes which were converted into enduro bikes and raced at the Paris-Dakar rally in the eighties. The TT stands for Tutti Terreno, which is Italian for ‘all-terrain.’ 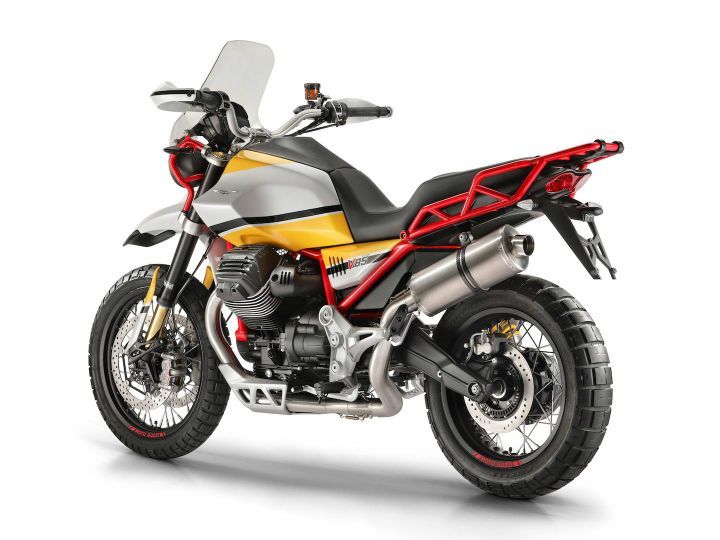 In true Italian style, the V85 TT combines retro design flair with the ruggedness required for adventure riding. The overall design resonates with enduro bikes from the eighties but is large enough to qualify as a full-size ADV. There are a lot of special design elements around the bike. Like the twin headlamps connected by an LED DRL shaped like a flying eagle, a minimalist representation of the Moto Guzzi Logo. The paint scheme too seems inspired by the livery of the Moto Guzzi bikes that raced at Dakar. We personally love the exposed tubular frame painted in red. It also gets a full digital instrument console. 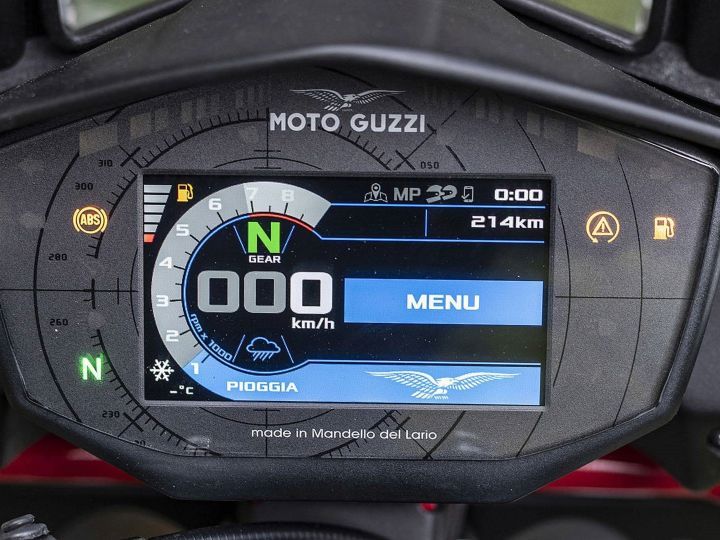 Power comes from an air-cooled 90-degree longitudinally mounted V-twin. The 850cc motor is derived from the powerplant used in the V9 series but make a lot more power -- expected to hover around 80PS. The concept bike came with adjustable long-travel Ohlins forks and adjustable side-mounted rear Ohlins shock absorber though it is unclear whether these will make it to production. Other than that the concept had a new rear aluminium swingarm that Moto Guzzi claimed reduces the lateral movement associated with longitudinally mounted motors. The 19-inch front and 17-inch rear spoke wheels houses tubeless 110/80 R19 front and 150/70 R17 Pirelli Scorpion Rally STR dual-purpose tyres. Braking is courtesy Brembo twin discs with radially mounted calipers and a rear disc brake. 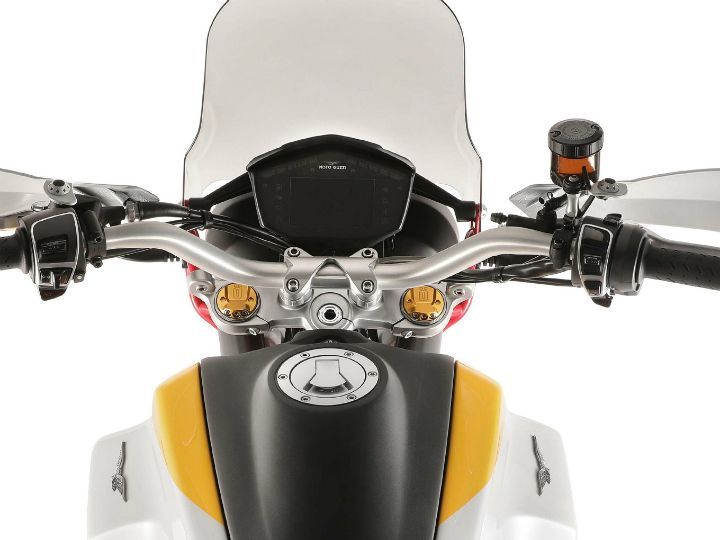 We can expect Moto Guzzi to launch the bike at this year’s EICMA motorcycle show with hopefully an India launch next year. When launched, the bike will take on the Triumph Tiger 800 XCx and BMW F850GS.