Cal Crutchlow and LCR Honda won the 2018 Argentinian MotoGP race after a hard fought battle with Jack Miller, Johann Zarco and Alex Rins, but his win was overshadowed by an incident between Marc Marquez and Valentino Rossi, two laps from the finish, when Marquez made contact with the Yamaha rider, pushing him off the track. Is this the start of another all out war between the two megastars of MotoGP? Our race report covers all the action and the post-race reactions to this crazy race weekend. 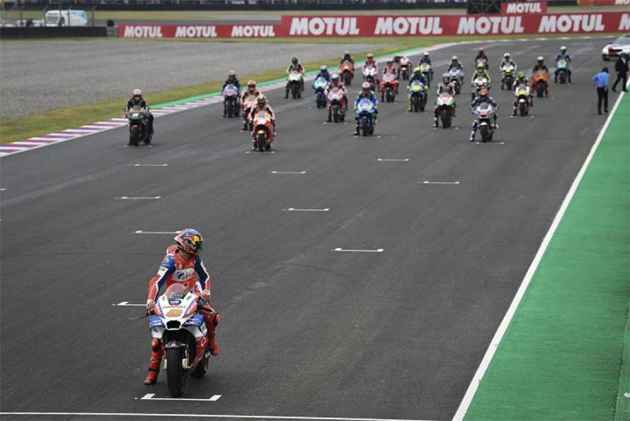 The start
No matter what plays out in the latest chapter in the Rossi vs Marquez saga, the 2018 Argentina MotoGP race is going to remain famous for one of the craziest starts in MotoGP history. Just the way the grid was formed looks like it came from an April Fool’s meme rather than reality, and if you tuned in late it would have been hard to figure out what exactly was happening. And quite honestly, not many people knew what was going on, including the commentators and the team bosses. 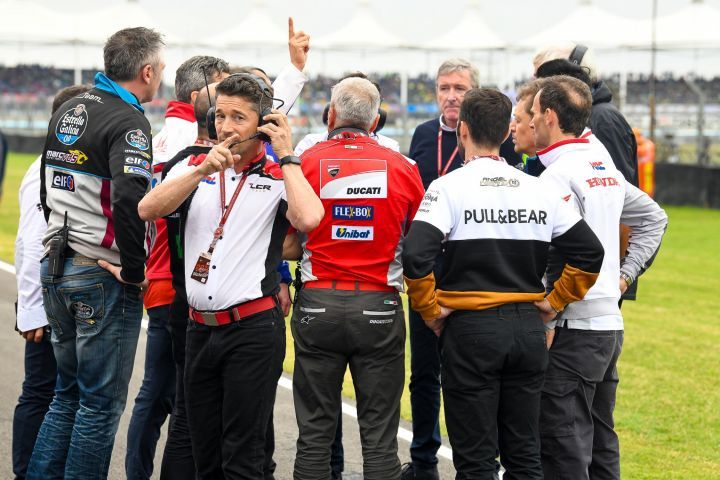 Jack Miller, the pole sitter, had taken a gamble to start with slicks while the rest of the grid went out on wet tyres and setups. All of a sudden, just before the warm-up lap, a rapid migration of riders and machines to the pit lane began as one by one, riders made the decision to change to dry-weather motorcycles. Finally only Jack, on the Pramac Ducati, was left sitting on the grid. In a normal scenario, when a rider decides on a last-minute change or is faced with a technical snag after the bikes have taken up their grid positions, that rider has to start from the pit lane. But when faced with the prospect of 23 bikes starting from the pit lane, officials decided, in the interest of safety, to re-form all the offending riders on the grid but with a three-row penalty, resulting in the incredible scene at the start of the race. 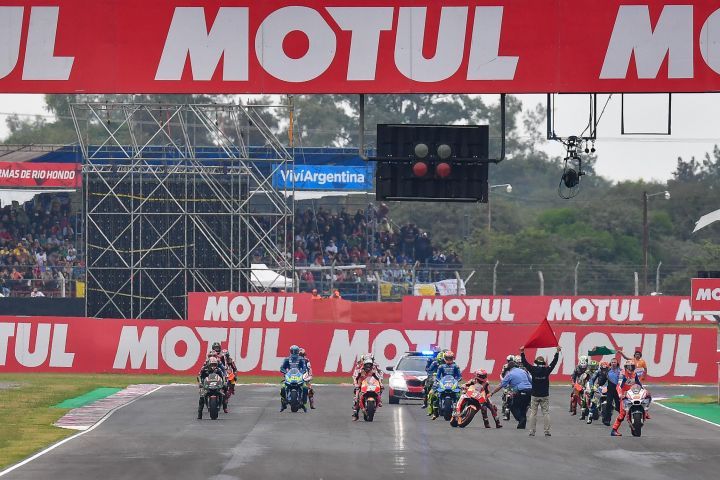 While Jack Miller made the correct decision, his advantage of having at least a 10-second lead over the rest of the field (had all the riders started from the pit lane) was cut short to just a few meters. There was more drama after the warm-up lap, when Marquez stalled his Repsol Honda and had to bump start it himself. He then proceeded to line up on the grid for the race start after a few seconds of conversation with race officials. 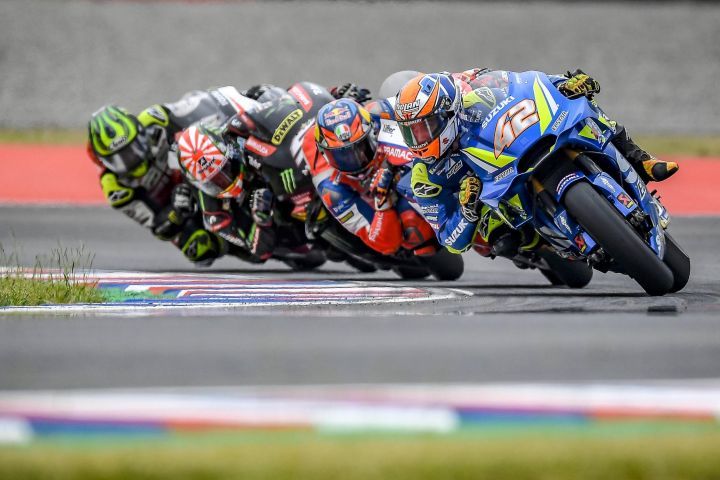 With a still damp Termas de Rio Hondo circuit and the whole field riding on slicks, the race was always going to be exciting. Jack led the way but was soon caught by a charging Marquez. Marquez then received a ride-through penalty for not starting from the pit lane as instructed by the race officials and for dangerously riding in the wrong direction (to get back to his grid position after bump-starting his Honda) on the race track. This dropped him down to 19th position and out of contention for the win. The battle for first then switched back to Jack Miller, Cal Crutchlow, Johann Zarco and Alex Rins, who had been trying to keep up with Marquez’s blistering pace. 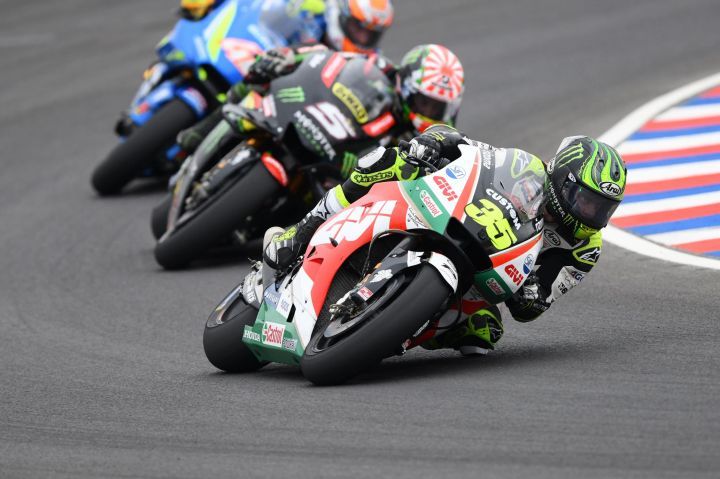 The lead changed hands many times, with Rins, Miller and Zarco leading at different points before Cal managed to hit the front and up the pace of the battle. This was too much for Jack Miller, who slid wide on one corner and was never able to get back in touch with the leading trio and had to settle for 4th position. Cal again managed to raise his pace on the last lap to keep ahead of a determined Johann Zarco on the Tech3 Yamaha for the win. Alex Rins, in 3rd, registered his first podium with a great ride on the factory Suzuki. Andrea Dovizioso had a terrible weekend but will be happy after finishing in 6th position behind Maveric Vinales, with the 10 points seeing him drop only to second in the championship. 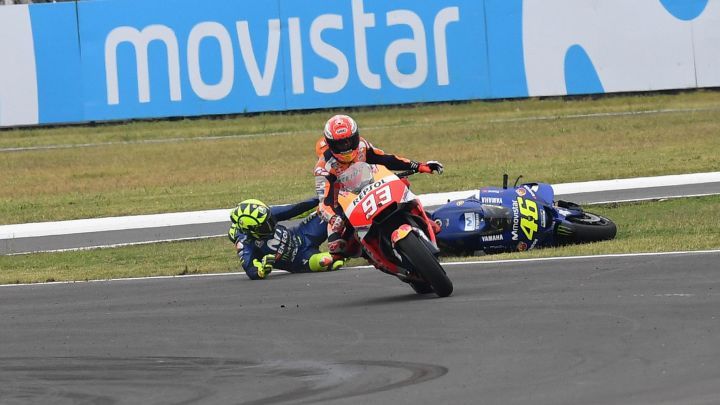 After Marquez’s ride-through penalty the Spaniard dropped to a lowly 19th position, but with his superior pace on the tricky damp surface he was carving through the field at a ruthless pace. On lap 9 he put an aggressive pass on Alex Espargaro, making contact and sending his fellow Spaniard off the track to take 18th place. He was then directed to drop back one place as a penalty for the rash move, and after doing so he went back to his blistering pace, setting a slew of fastest laps in the process. His blitzed the rest of the field over the next 10 laps, working his way up to 7th. In 6th position was Valentino Rossi who was chasing Vinales in 5th, the factory Yamaha duo also making their way back up the field after a bad start. At this point of time Marquez was over a second a lap faster than the Yamaha riders with 5 laps to go, but still decided to dive down the inside of Rossi at turn 13 for a gap that just wasn’t there. The contact forced Rossi wide and onto the grass where he fell. Rossi remounted post the fall and managed to finish while Marquez pushed on to cross the line in 5th just ahead of Maverick Vinales. He was given a second ride-through or 30-second penalty on the last lap and so was reclassified as finishing 18th and out of the points. 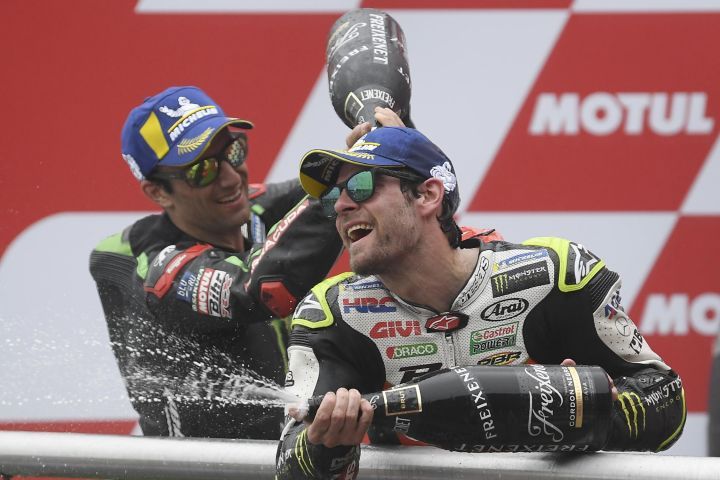 Cal Crutchlow: Was delighted for his win but was also fuming that most of the journalists had not turned up for the post-race press conference and called their behaviour disrespectful. He spoke about the improved pace that he had on the Honda and said he was confident from the start that he could win and at the very least come second if Marc Marquez had not received penalties. 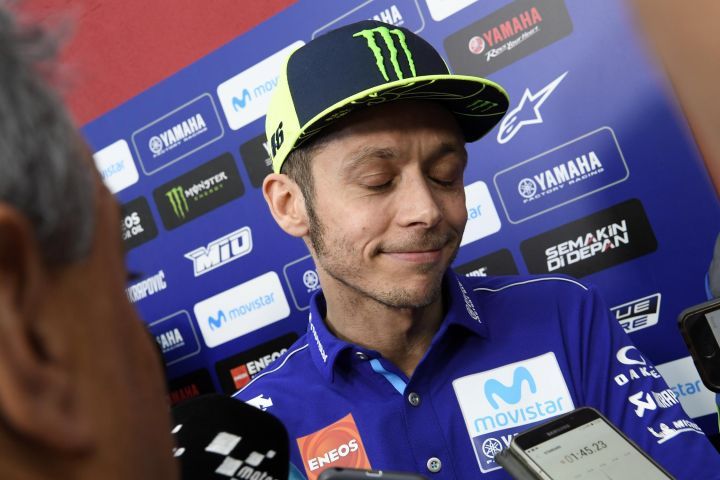 Valentino Rossi: Understandably angered over the incident, Rossi has said that he no longer feels safe riding alongside Marc Marquez. He further went on to say that Marquez deliberately makes contact hoping that you will crash. Rossi acknowledged that while people can make mistakes in braking and make contact with other racers occasionally, there were similar instances between Marquez and Vinales, Dovizioso and himself over the course of this weekend itself which were unsafe, and five incidents in one week indicates intent.

Lin Jarvis: Yamaha team boss Lin Jarvis has spoken to Race Direction to provide their take on the incident and have stated that Marquez’s actions show that he has no respect for other riders. Recalling the incident at the start where Marc was asked to leave the grid but chose to ignore those requests and ride in the opposite direction to reform on the grid shows that he needs some kind of penalty to ensure that this kind of behaviour does not occur again. 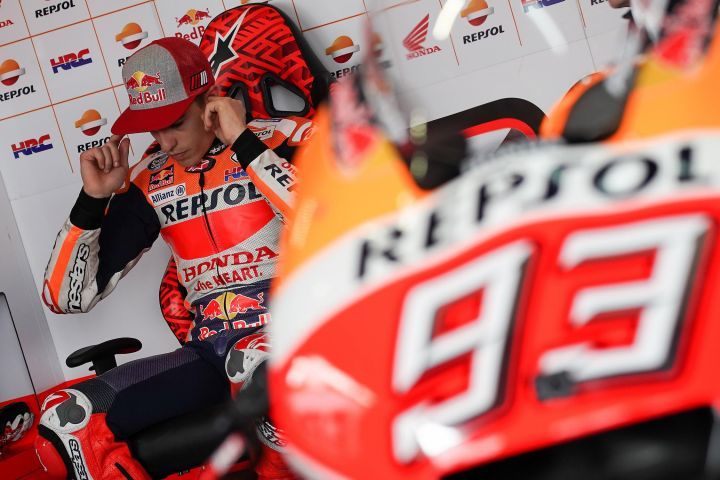 Marc Marquez: Marc was apologetic for his move on Aleix Espargaro but for the rest of the weekends shenanigans he took no responsibility. Speaking about the start he said that in the heat of the moment he understood one of the marshals giving him the OK to reform on the grid, while for the incident with Valentino he felt that he did nothing “crazy.” He said he hit a wet patch on the track while trying to overtake and had to release the front brake and then happened to make contact with Rossi, and so it was not intentional.

The 2018 season ahead
The MotoGP paddock now moves to Austin, USA, to a track where Marquez has won every single race. While the drama that unfolded at the Termas de Rio Hondo circuit is something that is sure to continue through the season we as fans can hope that the racing continues to be exciting, close and fair. 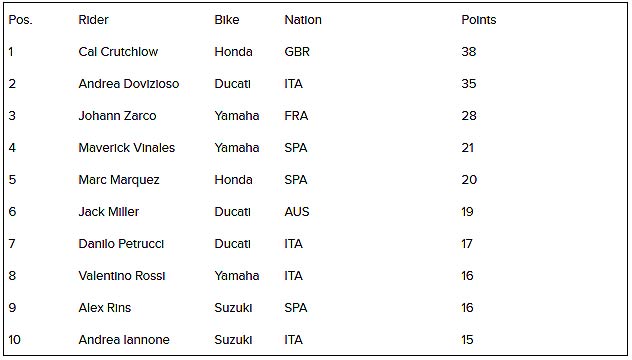