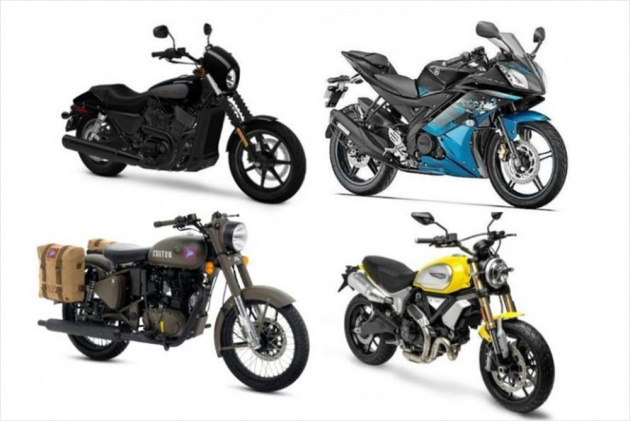 Last week the motorcycle universe saw more nail-biting action than in a Game Of Thrones episode. And like the franchise, there were bikes being killed off and resurrected as well. The week that was had enough content and twists and turns to make George R. R. Martin proud. For the sake of brevity, we shall condense the weeks' happenings into six episodes. 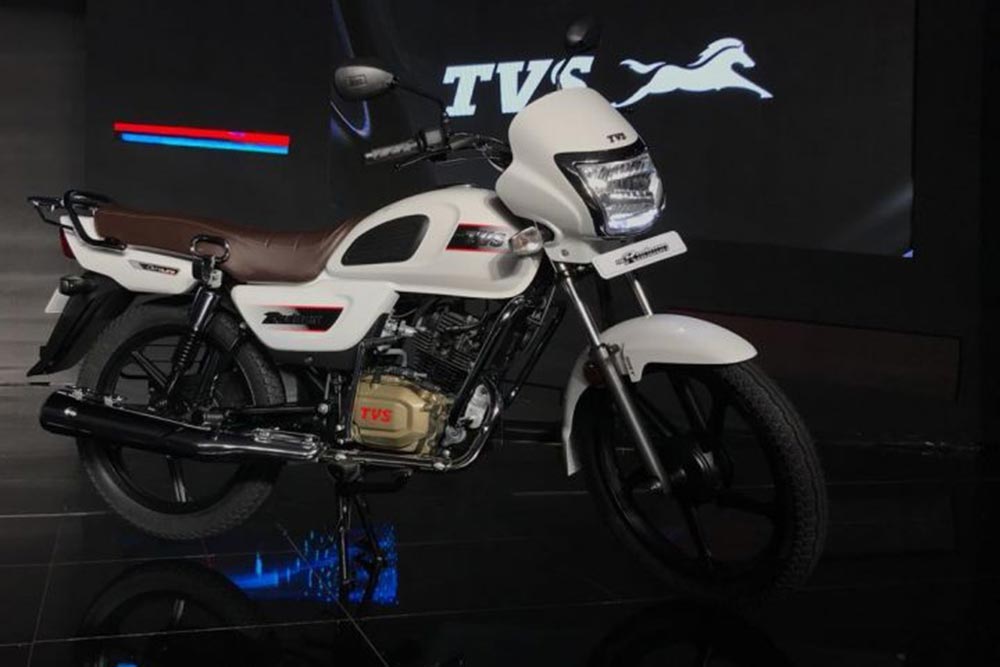 We had to say it. The new TVS Radeon looks a lot like the omnipresent Hero Splendor and you don't even have to squint to see the resemblance. Launched at Rs 48,000 (ex,Delhi), the Radeon sits between the TVS Star City plus and Victor. TVS says it is targeted towards the ‘millenials of middle India’. Here, ‘middle India’ is not a Lord Of The Rings term but a reference to Tier II and Tier III cities. 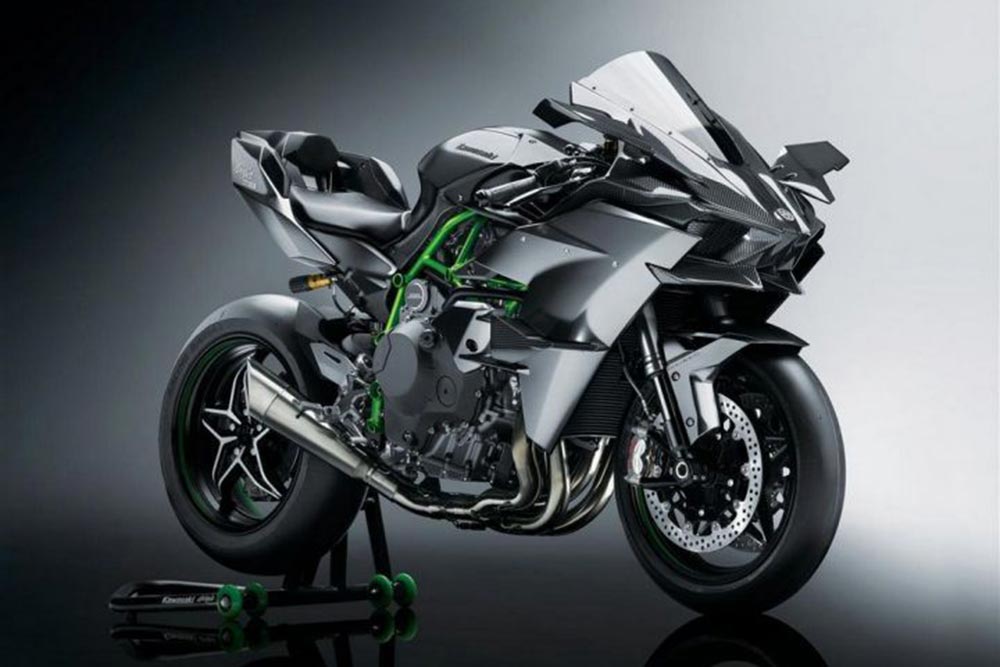 2019 Kawasaki Ninja H2 range: The supercharger Kawasaki H2 range gets more mental. For starters, the standard H2 and H2 Carbon make more power. 231PS and 141.7Nm instead of the previous 205PS and 133.5Nm. That's power figures without ram air assist. With ram air, power is up from 215PS to an insane 243PS. Power outputs aside, it gets features like a smartphone-compatible TFT screen taken from the H2 SX, an all-LED lighting system and a self-healing paint. The new 2019 range consists of the standard H2, H2 Carbon and H2R. 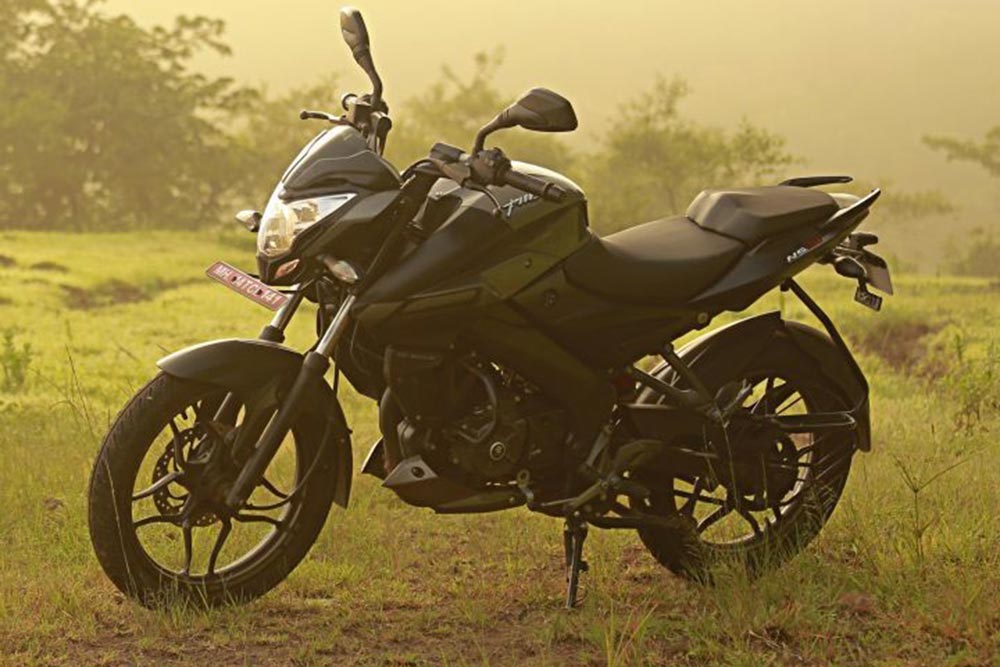 Pulsar NS160 with rear disc: Bajaj Auto has a penchant to discreetly update their bikes, a courtesy they extend to the KTM lineup as well. The latest Bajaj bike to be upgraded is the NS160 and it now comes with a rear disc. This new variant will sell alongside the rear drum variant and will command a Rs 2,106 premium (ex-showroom price at Pune dealerships). Rest of the bike remains unchanged. While the introduction of a rear disc is a good move, we hope to see an ABS soon. 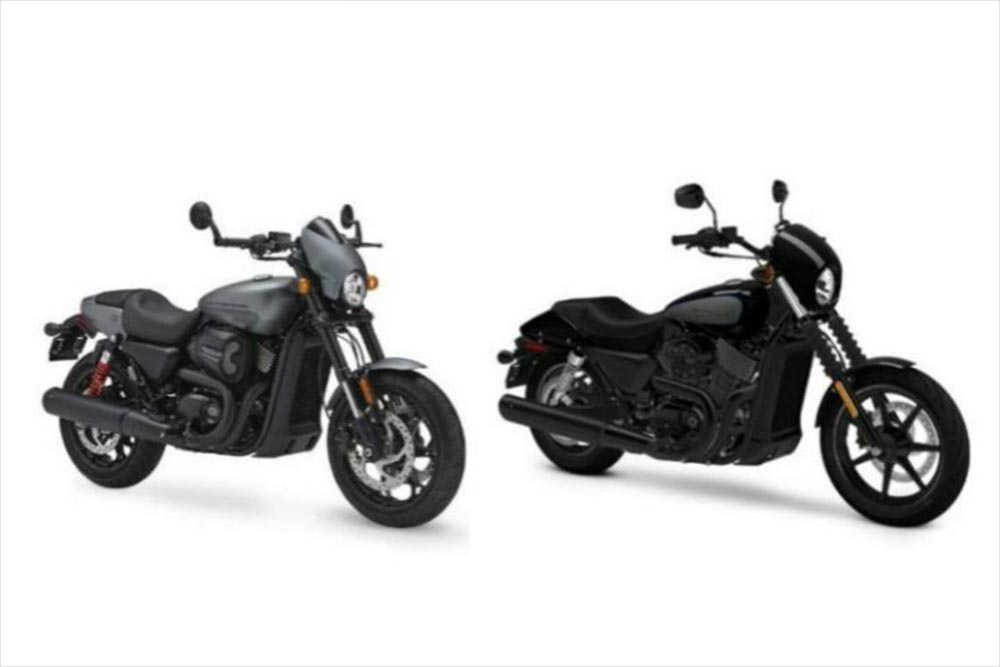 Harley Davidson 100 percent buyback: This one is applicable to one-year-old Street 750 and Street Rod only. If you own one of these and are thinking of upgrading to one of Harley’s new 2018 Softail lineup, HD will offer a hundred percent buyback for your year old bike. If your bike is more than a year old, fret not. If the motorcycle is less than two years old, Harley will offer upto 75 percent of the retail price of the bike. Of course, you will not receive the cash. The amount will be deducted from the price of the Softail model in exchange for a bike. A sweet deal indeed for ones who fit the criteria and are thinking of upgrading. 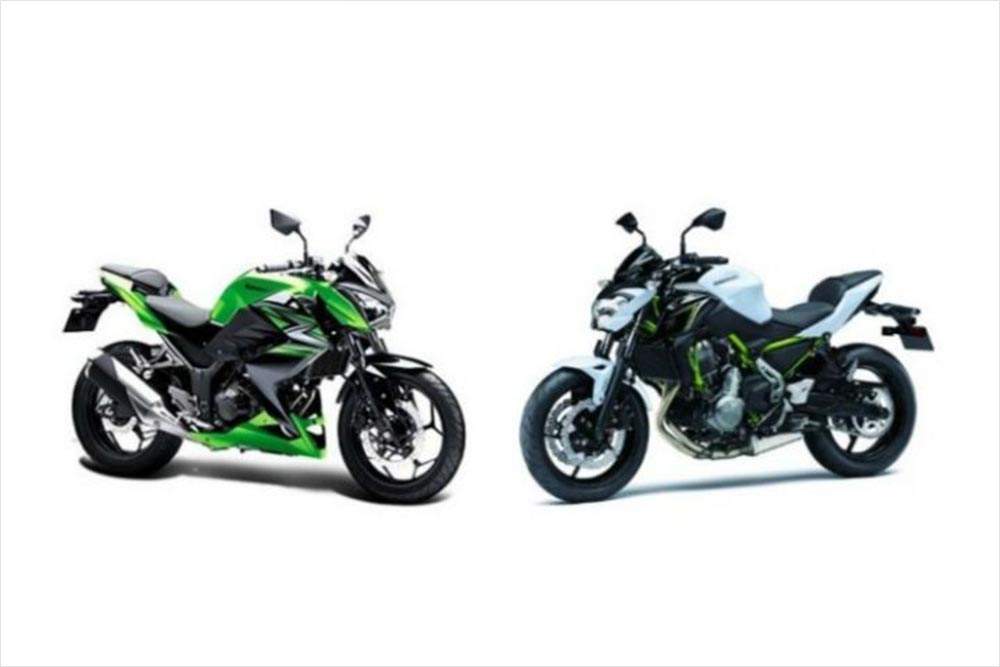 Kawasaki Z250, Z650 gets free accessories, cashback Kawasaki is offering accessories like tank bag and visors for the Z250 and Z650 naked bikes. If you aren't interested in the accessories, you can instead opt for cashback of upto Rs 9000 instead. 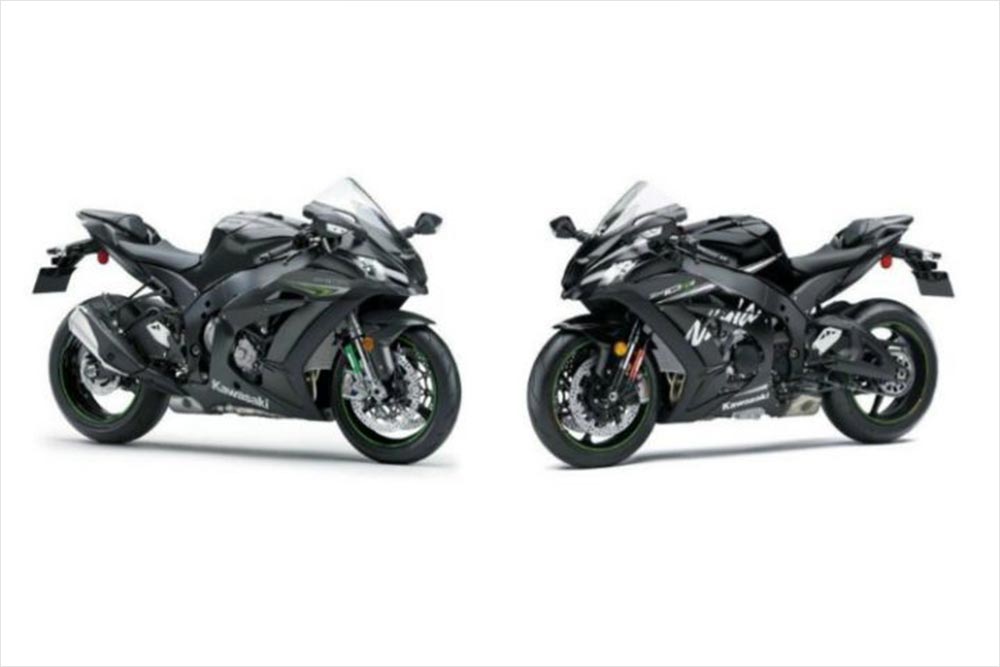 On the other end, Kawasaki hiked the prices of its track-ready Kawasaki ZX-10RR superbike. The Japanese bikemaker had started assembling the ZX-10R and ZX-10RR leading to a huge price cut for a limited time. With those stock sold out, Kawasaki has revised the prices for the ZX-10RR. It now costs Rs 16.98 lakh (ex-showroom), a hike of Rs 88,000. At this price, it still remains the most affordable track-ready superbike in the country. 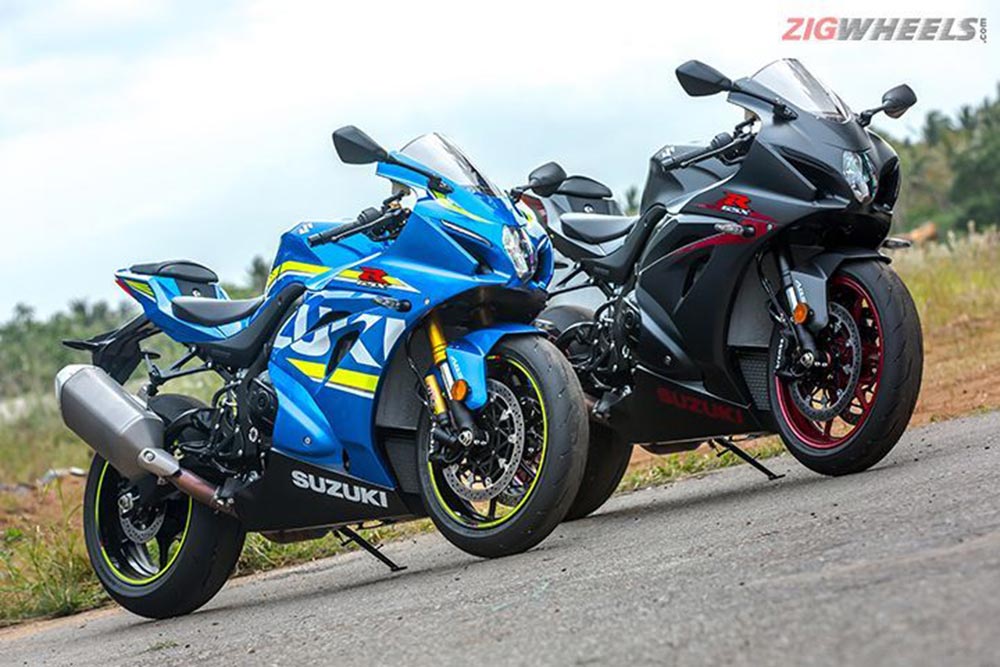 Suzuki GSX-R1000R price cut: Suzuki’s track spec litre class bike receives a massive price cut. The Suzuki website lists the GSX-R1000R's retail price at Rs 19.81 lakh (ex-Delhi), a Rs 2.19 lakh drop over the previous Rs 22 lakh price tag. The standard GSX-R1000 meanwhile has been removed from the Suzuki India website though it will be available on a made-to-order basis. 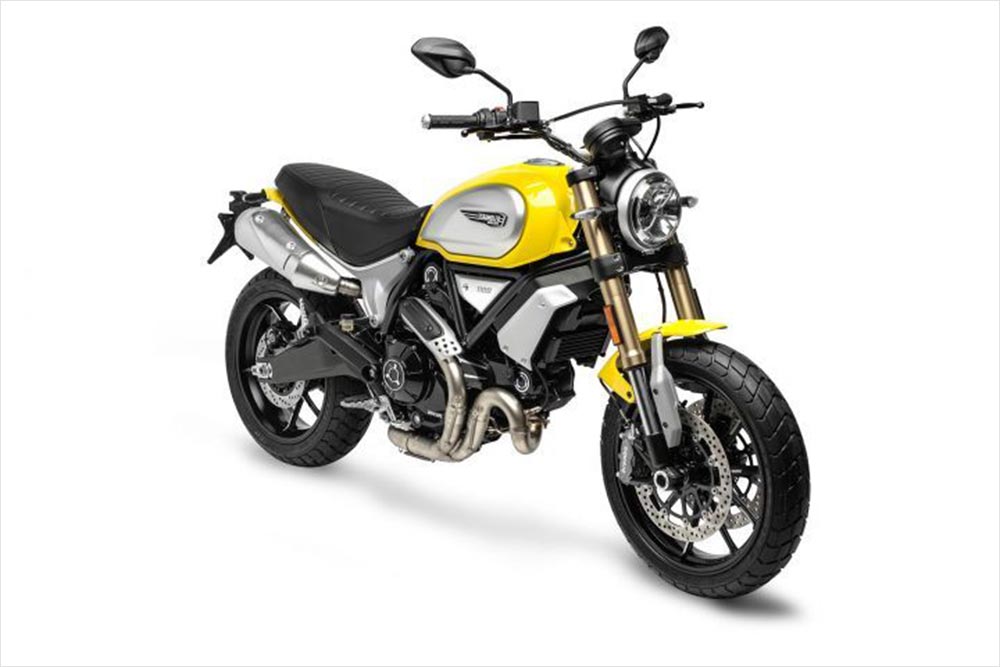 Ducati Scrambler 1100 to launch on August 27

If you loved the idea of the Ducati Scrambler Icon but were looking for more er.. Insanity, we present the Ducati Scrambler 1100. Power comes from a torquey 1079cc air-cooled L-twin motor that also powered the Monster 110 EVO. To keep the insanity in check, it gets electronic aids like ABS, traction control and rider modes. For handling the bike gets adjustable Kayaba suspension while the top variant comes with Ohlins unit. Three models of the Scrambler 1100 are available overseas - Std, Special and Sport. We expect the Std version to be launched first at a price of around Rs 11 lakh (ex-showroom). 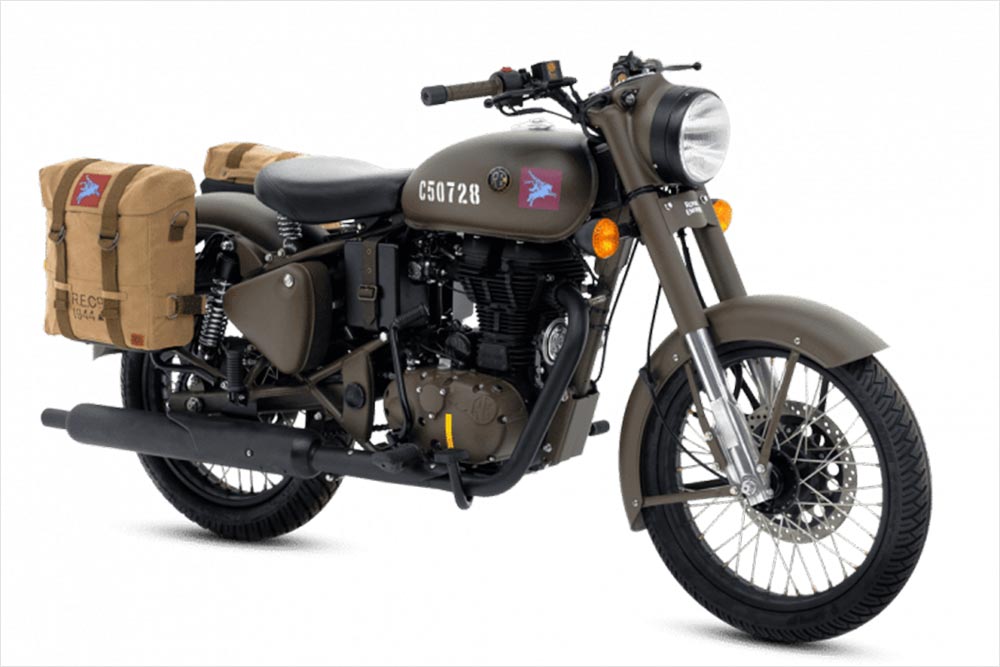 Royal Enfield Classic ABS: The retro bike maker has sent out an invite for a new motorcycle launch. One it says will pay tribute to the Indian Army Corps of Signals. Now the Classic range of bikes have spawned most of these limited edition tributes, it is safe to say that this one will be a Classic 350 as well. The bike will be offered in two matte-finished colours - brown and blue - and each bike will also feature a unique serial code. That's the cosmetic bit. While mechanically the bike remains unchanged, it will feature ABS, a first for the Royal Enfield Classic 350. Expect to pay a premium of Rs 20,000 over the standard version of the Classic 350. 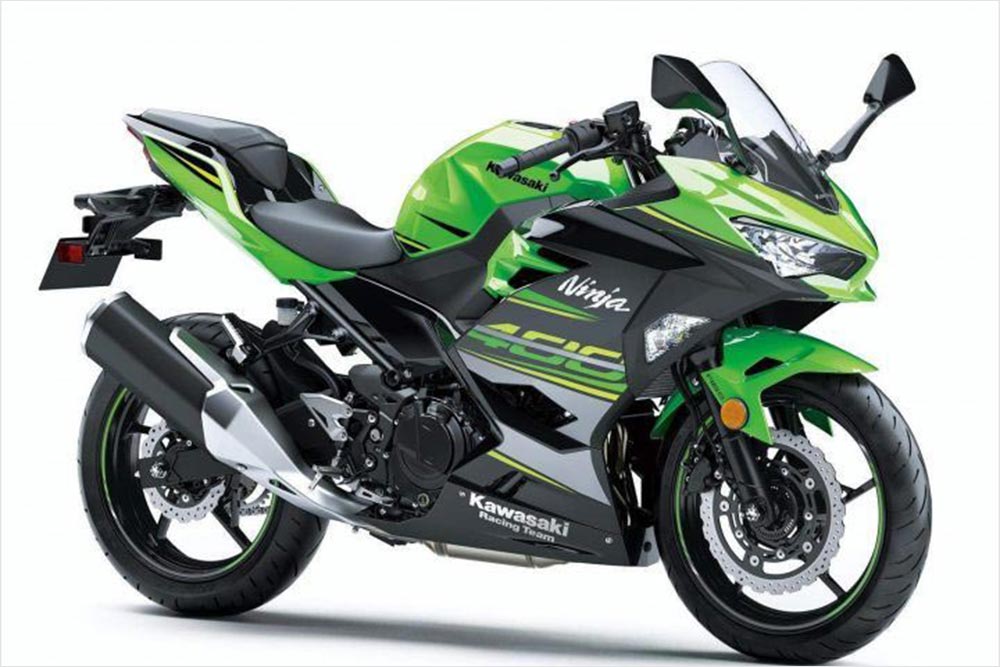 Kawasaki Z400: Interestingly, its not the naked version of Kawasaki’s latest Ninja 400 that has been spied. Rather proof of its existence. Documents submitted to the California emissions board, alongside the Ninja 400 nabe another bike codenamed ER 400 DK. Kawasaki fanboys might recognize the “ER” acronym as ones used on several Kawasaki naked bikes before the ‘Z’ nomenclature became common across the lineup. Now a naked Z400 will be an interesting addition to the Kawasaki lineup as it will have enough firepower to go up against the KTM 390 Duke. Click here to know why we think it will come to India and will be more affordable than you think. 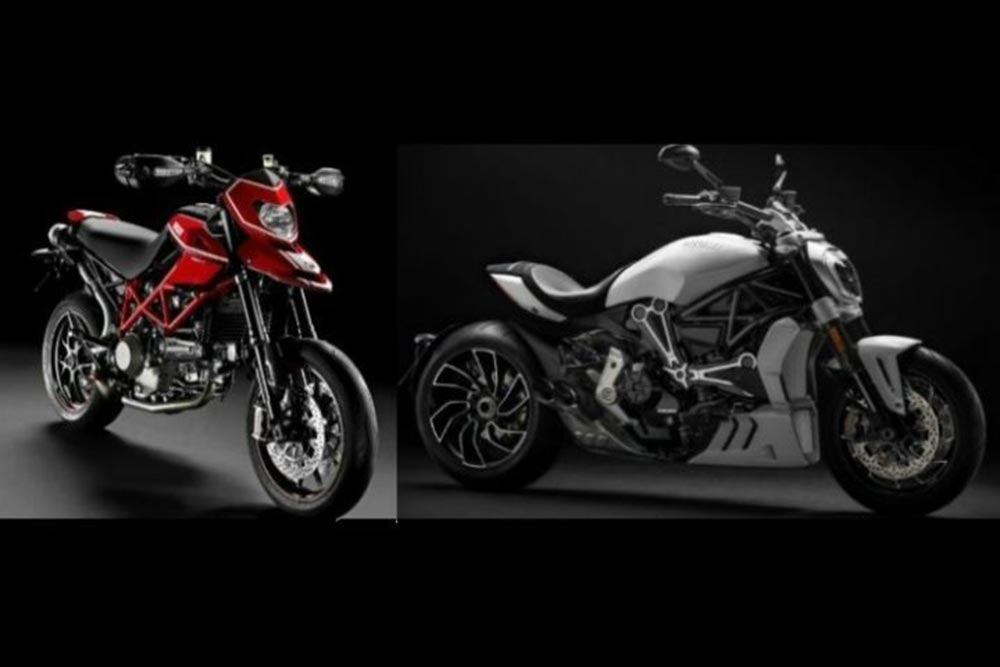 2019 Ducati Diavel and Hypermotard: Ducati has a penchant to unveil its entire lineup a few days before the EICMA and 2018 will be no different. While the Italian bikemaker has remained tight-lipped about its new lineup, we now know that the Diavel and Hypermotard are set to receive an upgrade. Apart from cosmetic updates, the Diavel might get a larger motor, most likely the 1260cc L-twin seen on the Multistrada 1260 but retuned of course. The Hypermotard meanwhile will sport a twin underseat exhaust setup like the original Hypermotard 1100. We expect the current Hypermotard’s 937cc motor to be carried over but with changes for more power, hence the larger radiator to keep things cool. 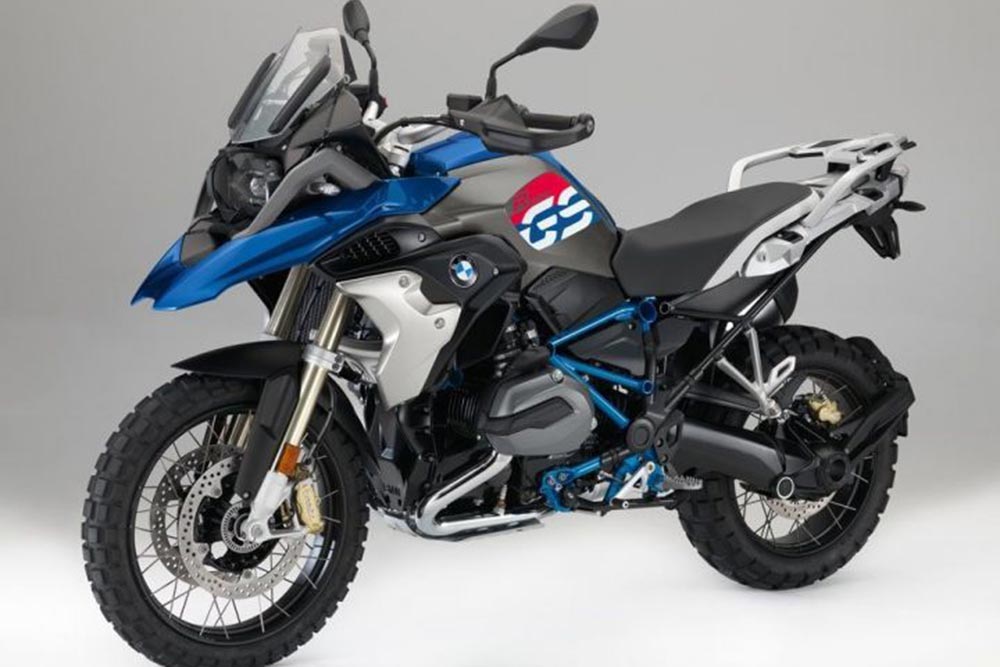 BMW R 1250 GS: Yes, you read that right. The ‘1250’ nomenclature denotes an upgrade to a larger 1254cc boxer twin. The move also bumps up 11PS of power, from 124.7PS to 135.8PS. There are changes to the new engine in the form of variable valve timing and a quieter exhaust package. Expect the new BMW flagship adventure range to debut at the 2018 INTERMOT in Cologne, Germany this year. 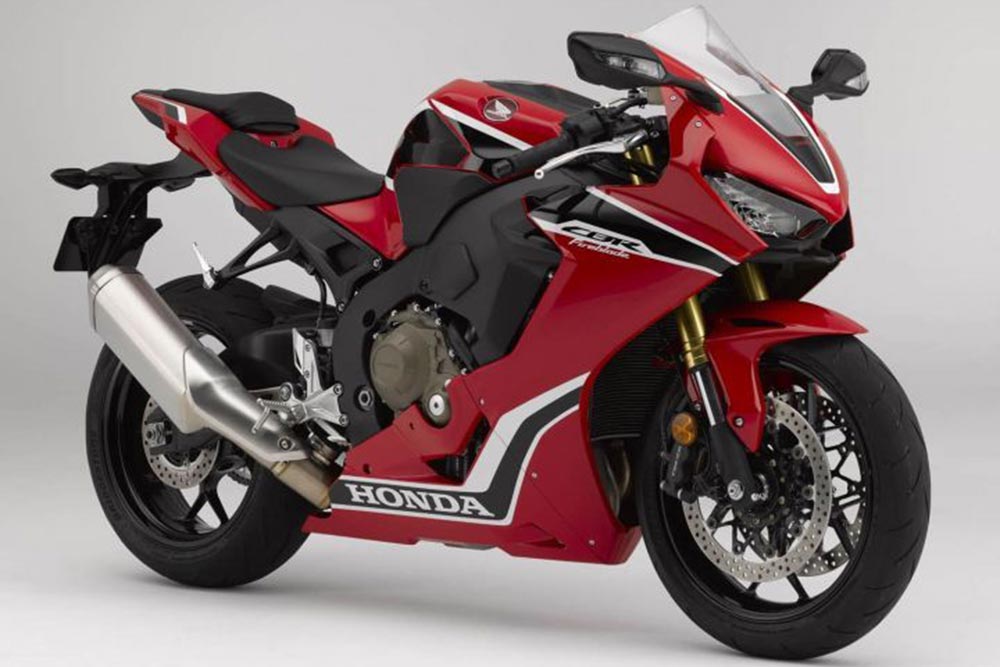 2019 Honda CBR1000RR: Honda had been receiving a lot of flak for the current CBR1000RR by factory racing teams who struggled to eke out more performance from the bike’s relatively modest performance figures. The upcoming one though is expected to receive a 10PS boost in power along with aerodynamic updates on the front fairing. The higher spec Fireblade SP2 will get a carbon fibre fairing to bring the weight down to around 185kg. 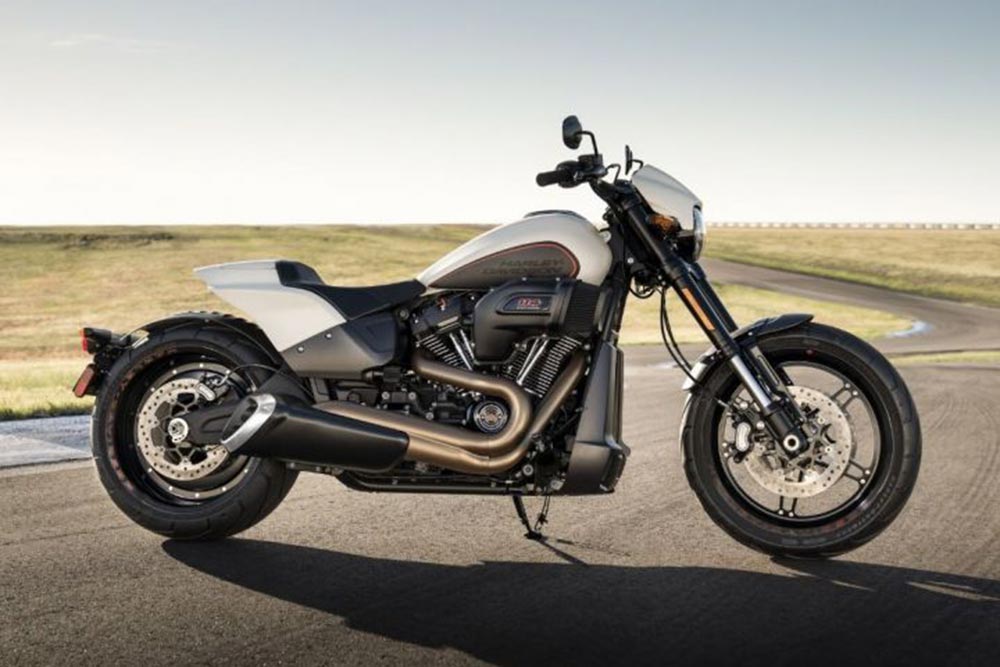 Harley-Davidson FXDR 114: Think of the FXDR 114 as the modern Harley Night Rod. It features the larger 1,868cc Milwaukee-Eight 114 V-twin motor that breathes through a new air intake that draws inspiration from the Screamin’ Eagle drag bikes. The burly motor is enclosed in the new Softail chassis so despite the 303kg weight, it should be able to go around corners. 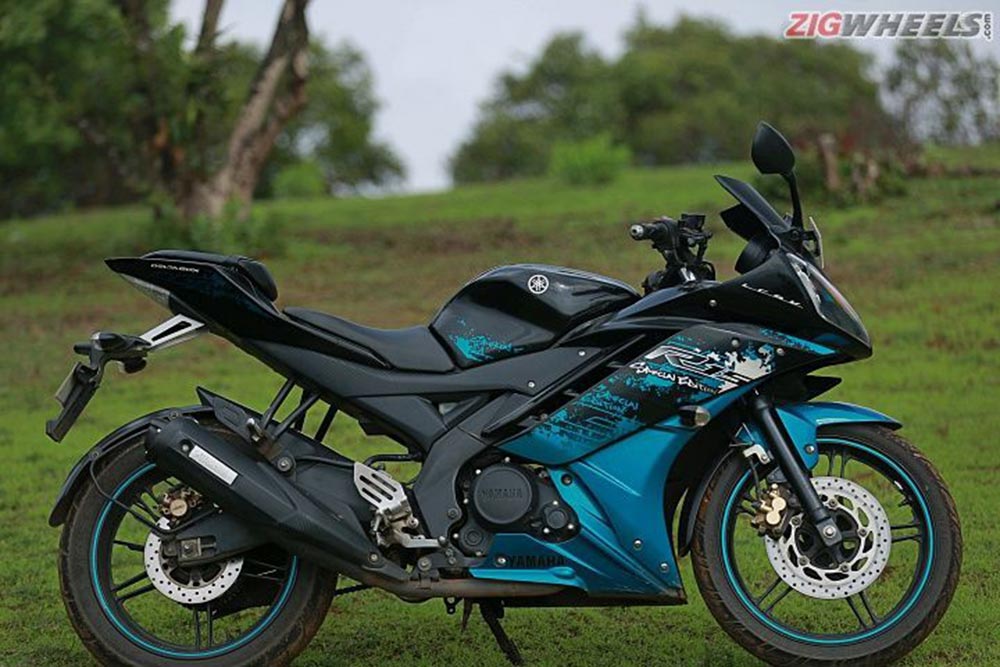 Yamaha R15 v2.0: Between the resurrected R15 S and new and more powerful R15 v3.0, the R15 v2.0 did not have a lot going for it. Hence Yamaha decided to silently discontinue it and take it off their website.