Move Over Saree, Rinani-Clad Tribal Woman Is The New Bharat Mata For BJP

The BJP plans to bring out such tribe-specific images of Bharat Mata for all North-Eastern tribes. 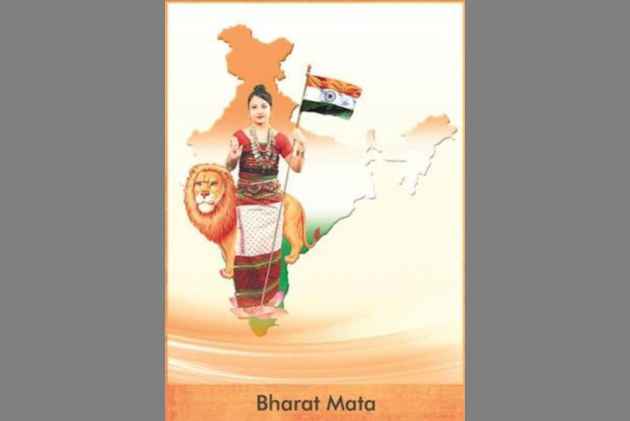 To cash in on the 'sense of alienation' in Tripura tribals, the state BJP, eyeing upcoming elections, has come up with Bharat Mata in a 'tribal avatar'.

Bharat Mata, who is generally seen wearing a saree with red borders, is here replaced by a Bharat Mata in the traditional attire of the four major tribal communities in the state. The Indian Express reported that, out of respect for these tribal communities, the party plans to bring out such tribe-specific images of Bharat Mata for all North-Eastern tribes.

The party will now use tribal depictions of Bharat Mata, along with the one in which Bharat Mata is seen wearing a sari, because Tripura also has a large population of Bengalis, state BJP leader was quoted as saying to the paper.

"Usually, at every BJP programme we have photographs of Bharat Mata, our founder Pandit Deendayal Upadhyaya and Syama Prasad Mookerjee. Now, we will be using these tribal depictions of Bharat Mata," state BJP leader was quoted as saying.

The first look is all set to woo four major tribal communities in the state-- Debbarma, Tripuri/Tripura, Reand and Chakma-- that together constitutes 77.8 percent of total tribal population in Tripura.

The state politics in Tripura has been dominated largely by the Communist Party of India (Marxist) and the Indian National Congress.The Left ruled state has had the same chief minister-- CPIM's Manik Sarkar since 1998.

BJP, after gaining control over North-Eastern states of Assam and Manipur, is now not leaving any stone unturned to give the Left a tough fight in Tripura where elections are expected to take place before March, 2018.