Patakha Review: When The Jokes Are On The Family

The film is about sisters—Badki alias Champa Kumari (Radhika Madan) and Chutki alias Genda Kumari (Sanya Malhotra); two young and vibrant women whose singular ambitions keep getting in the way of each other. 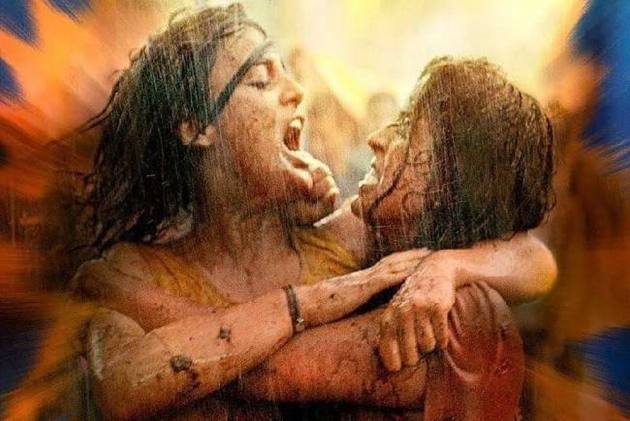 Vishal Bharadwaj’s Patakha is an adaptation of Do Behenein (Two Sisters), written by Charan Singh Pathik. The film too is about sisters—Badki alias Champa Kumari (Radhika Madan) and Chutki alias Genda Kumari (Sanya Malhotra); two young and vibrant women whose singular ambitions keep getting in the way of each other. Growing up in a small village in Rajasthan, they are at each other’s throats at the smallest provocation. Dealing with the outcomes of their conflict is a hassled father (Vijay Raz) and their out of depth husbands (Namit Das and Abhishek Duhan). And like every sibling rivalry, at the heart of Patakha are two angry individuals pushing back against over-determination with might, marbles and a dubious ally (Sunil Grover as ‘Dipper’).

Radhika and Sanya do entertain with their zealous depiction of the irreverence that only the most intimate can wield against each other. We somehow think bickering, scratching and yelling are OK for kids only. Adulthood and peaceful coexistence take the edge off; we quietly grind our teeth and do our passive aggressive best. Patakha takes the stop out of the coiled up bitterness. It alternates between episodes of spectacular female rage and benevolent repression; between freedom and the father; between life and a diminished existence. Bharadwaj quickly sets the pattern; a period of calm when the sisters romance their respective male lovers, get makeovers, work on their dreams and ignore each other; until of course they can’t and, at which point, they explode into punches, slaps, hair-pulling, clawing, verbal abuses. Only father can compel them into peace. 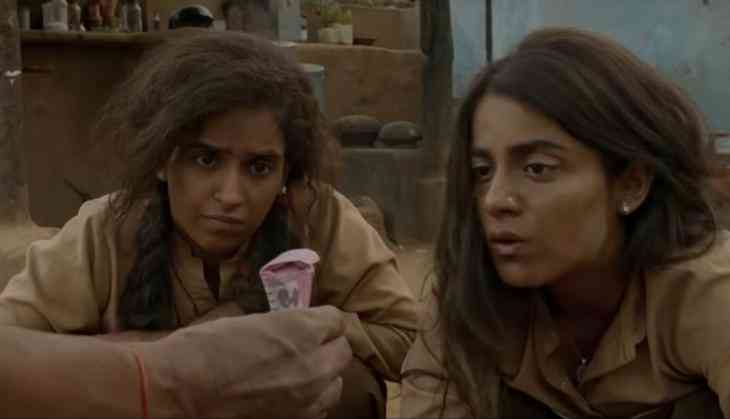 Given their circumstances, or the will of their father, only one can have what she wants and neither is going to give up without a bitter fight. That’s the thing when rural, lower-class women have dreams but with debt-ridden fathers who can afford only so much. At any given time, either Champa can have her dairy or Genda can become a school teacher. To make matters worse is tharki Patel (Sadanand Varma), annoying as only the toothless can be.

Vishal Bharadwaj’s film is really about what women can do to the repressive force of families; manipulate them, run away when the time comes and damage them beyond recognition if that’s what it takes. Remember the TV vamps who cause the good brothers to fall apart? That’s who the two sisters are. And that’s where it’s a win for Patakha, turning an age-old story of female villainy into one of emancipation.

Their fraught sisterhood is a good premise for laughter. But it also speaks of the nature of love, differences and equal relationships. Bollywood is used to performing togetherness as if it’s seamless, even when it is irreconcilable, and then it glosses over the ‘self’ for the atrociousness of families. But there are tensions in the oldest of loves; that can be visceral and stressful. Sometimes, space between is needed for people to live their own lives, to air out the toxins of too much intimacy. To be able to love across that distance and not just consume the other is something to think of. Maybe Bharadwaj recognises the limits of togetherness that families force on us. And so you have two distinct women—enemies and friends—with anger that parents fear, more so as they age and grow ever conscious of
their old and fragile hearts. 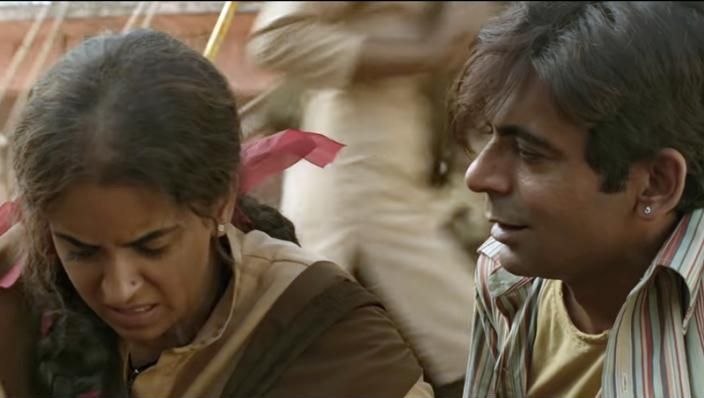 One, however, wonders why Patakha needs to keep reminding us that certain sibling rivalries are akin to the bloody wars between Israel and Palestine; India and Pakistan. Frankly, it feels a little unnecessary. It humours the unaffected and those afar. Telling a story of nations warring across their borders but tied to each other by some inherent bond (but not the other story of one nation trying to completely annihilate the other) is an avoidable cliché by now. Not everything in neighbourly or familial intimacy can be romanticised or laughed over, not so in the times of lynchings and occupations, army rapes and genocides. Nations inflict as much within as elsewhere. Needless to say, siblings (metaphorically or otherwise) are perfectly capable of traumatising each other. Sometimes, as Patakha shows, because we want what the other has, and a lot of the times because we want what we want.

But do watch these girls weaponise their ‘hysteria’, setting themselves free from each other and the bonds that keep them together. They build worlds of their own with men who support and rejoice in their victories. Nations however, are not like that. Within the last month, both Patakha and Nandita Das’ Manto have addressed India-Pakistan relationships, and in very different ways. The first wants to celebrate the poetic sentimentality of late former PM Mr. Vajpayee who told us about Pakistan that “we may choose our relatives, but never our relationships”. That’s rich coming from someone who is known to history for polarising people and communities. But a jaded metaphor cannot really describe the glorious performance of female excesses in Patakha. Manto, however, was about people being forced out of their ‘chosen’ destinies and those who mourned that ‘freedom’ till the end. There is a lot more to the politics of warring nations than the comedy of incompatible siblings, but where forth are the jokes if not in the misrepresentations.

(The writer is pursuing her Phd in film studies from the English and Foreign Languages University, Hyderabad)