The Hindu outfit was also given special training in shooting, karate, climbing the tree with rope or towel, high jumping etc in this 24-hour camp. 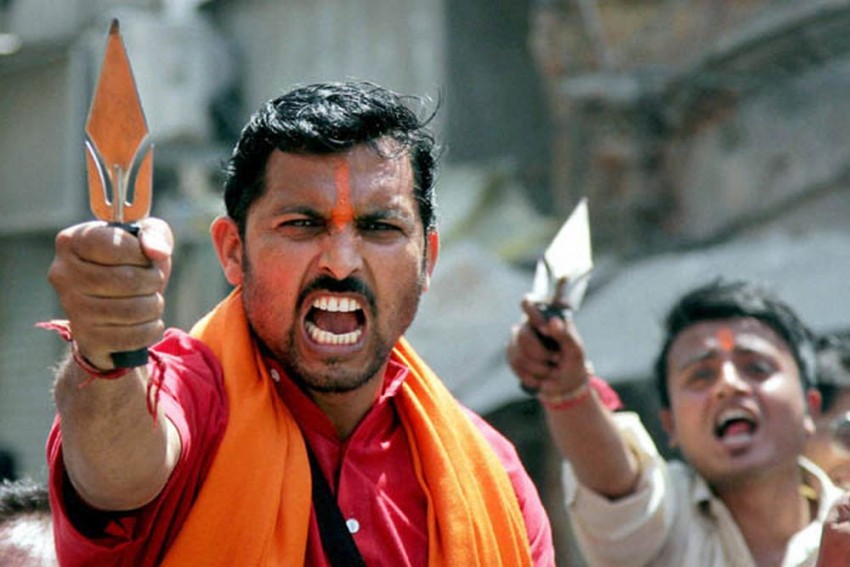 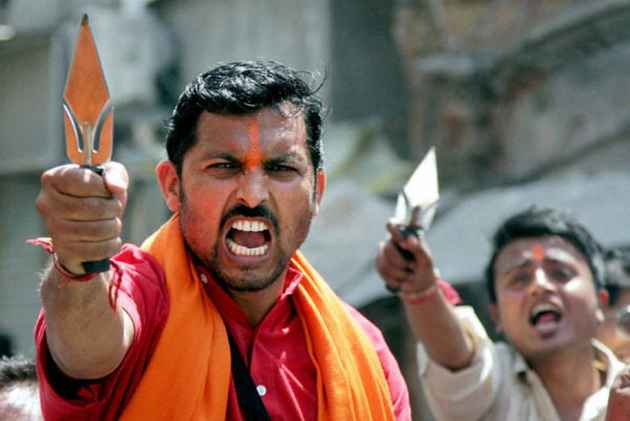 The Bajrang Dal organised an arms training camp this month, in Bawara of Rajgarh district of Madhya Pradesh where its workers were secretly trained to use arms and other weapons in the name of protecting Hindus.

Apparently, the camp was organised from May 3 to May 11, where the selected members from 32 districts were given the training to use rifles, swords, and lathis to 'tackle anti-national, love jihad elements.'

The Hindu outfit was also given special training in shooting, karate, climbing the tree with rope or towel, high jumping etc in this 24-hour camp.

Once admitted, the Bajrangis were not allowed to go out in any situation. All their facilities were taken care of, from 4 in the morning till 11 pm.

The disclosure of the case came when the photograph of the training session came out.

Speaking to ANI, Bajrang Dal district convenor, Devi Singh Sondhia said," This is a routine camp which we organise annually to tackle anti-national, love jihad elements. It started in the year 1984."

Meanwhile, the Bharatiya Janata Party (BJP) said that no one will be allowed to take law in their hand.

Madhya Pradesh BJP spokesman Rajneesh Agrawal said, "There is a rule of law and constitution in the country and in this case, no one will be allowed to take over the law. Appropriate action will be taken by the government."

The Congress also rebuffed the training camp while asking the government to take immediate action against it.

Congress spokesman Pankaj Chaturvedi said, "Such a law should not be allowed to be taken in hand. Do the people taking this training not have belief in our armed forces? The Government should take immediate action against it."