The two-day meeting of the BJP's state unit begins here from Wednesday where one-to-one interaction with party MLAs will be held to discuss the feedback on the Centre and state's schemes. The meeting will be chaired by the national joint general secretary (organisation) Shiv Prakash and the state in-charge Murlidhar Rao. The state BJP president V.D. Sharma will also be present in the meeting. 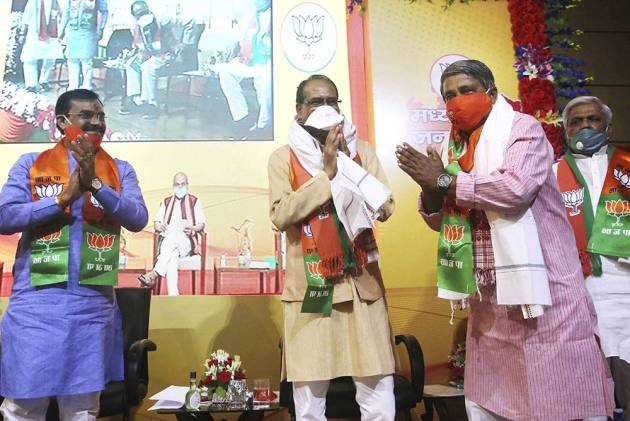 As per sources in the party, both Prakash and Rao will hold a one-to-one meeting with each BJP MLA to review their work reports and will be given instructions for further steps to be taken.

It would be the first time when the national joint general secretary (organisation) Shiv Prakash will hold one-to-one interaction with the BJP MLAs in Madhya Pradesh. Though the agenda of the meeting has not been revealed officially, sources told IANS that Rao and Prakash will take feedback on the Centre and state government schemes in their respective Assembly constituencies.

Sources also said that after the two-day one-to-one meeting with the BJP MLAs, the party in-charge will also hold a meeting with the party's state working committee on November 26. Also, this would be the first time when the BJP national and state leaders will hold a physical meeting after a span of two years due to the Covid pandemic.