Mrunal will take the place of Ramya Krishnan, who played queen Sivagami in the magnum opus ‘Baahubali: The Beginning" and "Baahubali: The Conclusion’ 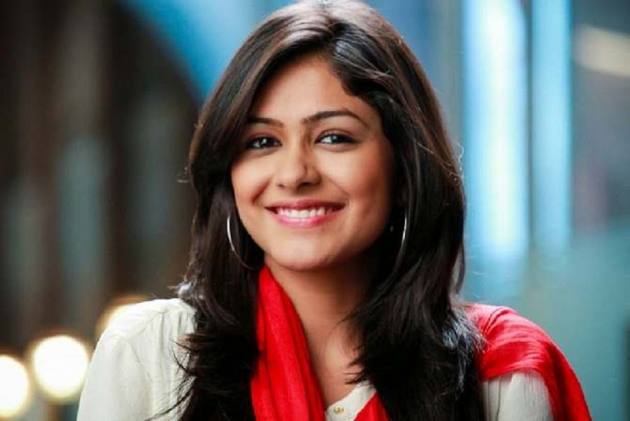 The 26-year-old actress, Mrunal Thakur of ‘Bullbul’ fame said the process of portraying a queen was not easy for her. "The process wasn't easy as well. It was a little difficult but somewhere down the line in my head, I knew I was going to be Sivagami because she is a strong character who rules the entire Mahishmati.

Known as Bullbul from the TV show "Kumkum Bhagya", actress Mrunal Thakur, who has been roped in to play young Sivagami in "Baahubali: Before the Beginning", says that through the Netflix's live-action series she is living her dream.

"She's got the sense of motherhood but at the same time she has got the sense of what is right and what is wrong. She treats everybody equal no matter who it is. Through this project I'm living my dream," Mrunal said at a session during the See What's Next: Asia event here.

For Mrunal, matching up to Ramya was challenging. "It's a big treat to work with this team. When I got to know that it was a Netflix project, I was even more excited. I was really very fascinated with the dialogue 'Mera Vachan, Mera Shasan' (My word is my governance). That really attracted me," she added.

She also said that her favourite moment was to rehearse with filmmaker S.S. Rajamouli. "For me, he (Rajamouli) is like the director to work with and start my career and to work with him was a delight." The series, co-directed by Deva Katta and Praveen Sataru, is based on Anand Neelakantan's book, and also features Rahul Bose, Atul Kulkarni, Vaquar Shaikh, Siddharth Arora and Anup Soni among others.

Deva Katta says the live-action series "backtracks about 50 years from the beginning of 'Baahubali' story. The movie was single emotion and singular conflict... now we are exploring a lot deeper into the characters and with a more epic way of storytelling within the Mahishmati world".

According to co-director Praveen Sataru the series will have a pan-India appeal. "I get to shoot in the most exotic places from god's own country Kerala to the wettest place in the world that is Cherrapunji. Couple of sequences in Thailand as well. So, we are covering the length and breadth of India. This is not just a south or north series. It's a pan-India series and you have characters from all across India," he said.