Ali​ was forceful, frightening and fearless​, a rebel with a cause​. 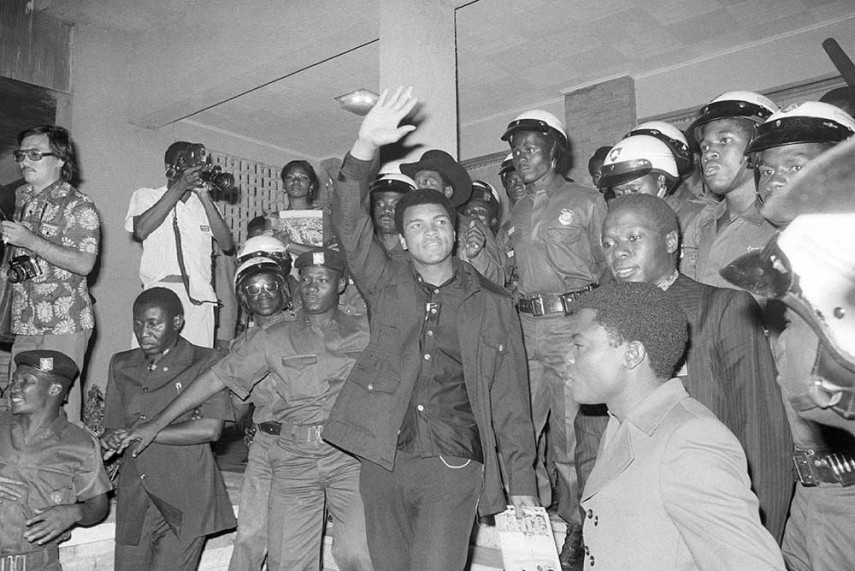 "I don't know of Sachin Tendulkar," said Russian tennis ace Maria Sharapova at the 2014 Wimbledon when the media asked her if she had heard of the Indian cricket star. It was not at all surprising. The willow game is played in a handful countries and Tendulkar has done or achieved nothing extraordinary beyond cricket to be a household name in every nook and cranny of the world. But it is unlikely that Sharapova would have answered in the negative if she had been asked about Muhammad Ali.

Unlike Tendulkar, or Don Bradman, or even the legendary Pele for that matter, there was more to Ali than just the sport he specialised in. He was different, and hence unique, in that his talent, exploits and achievements were not confined merely to the heavyweight boxing he personified. His bodacious charisma went far beyond the ring and compelled the world to take note of what he was, what he stood for as a human being and what the issues he raised and supported actually meant.

A black supremacist, the like of whom the world has not come across in a large number, Ali continues to fascinate intellectuals, not just sportswriters. Newspapers and magazines, and now websites of course, have never been tired of writing on Ali. An eternal rebel, Ali is bound to remain as powerful and influential, inspiring future generations, as he was when at the pinnacle of his prowess and also during his subsequent long battle with the Parkinson's he succumbed to on the night of June 3.

His death made front page news worldwide, even in countries like India and Pakistan, where cricket is the only sport most people follow. Unsurprisingly, acres of newsprint and webspace have been devoted to him in the past couple of days to highlight Ali the three-time heavyweight champion and Ali the crusader. It is possible that Ali's passing and the flow of tributes may generate a new interest in boxing in cricket-dominated countries as well. And there cannot be a better boxer to inspire the aspiring pugilists.

Ali's genius, fame and impact transcended sports beyond imagination. He was one of a kind. Already there are many books written on him and movies and documentaries made about his life. Doubtless his saga of success, as well as struggle, will continue to provide ingredients to novelists and filmmakers alike. His was a classic rags-to-riches story. Ali, who spent his childhood in utter penury and had to suffer a lot, being a non-white, became the biggest name in all of sports. In fact, it will not be an exaggeration to say he became the most known man on earth.

There were millions who loved him. There were many others who loathed him. But no one could ignore him. Ali called himself The Greatest. No, it was not his nickname. It was the very definition of who he was, what he was and what he meant to his followers as a boxer and crusader. There was no one like Ali even among his fabled predecessors in various sports, there is no one like him today in any discipline and there may never be anyone like him in future.

"Float like a butterfly, sting like a bee. The hands can't hit what the eyes can't see." These were Ali's most-quoted words. They also aptly described his own style of felling his opponents in the ring.

There was beauty in his boxing and also that brute power. He was forceful, frightening and fearless. When he "floated like a butterfly", he appeared both majestic and poetic. But when he stung – no, not "like a bee" but like a cobra, he was dangerously savage. When at his best, he won boxing bouts and battles by merely being Muhammad Ali.

Cassius Marcellus Clay, to give him his original name before he converted, burst onto the international scene at the 1960 Rome Olympics, as a light heavyweight. He defeated the three-times European champion Zbigniew Pietrzykowski of Poland and won the gold medal, but the legend has it that he symbolically threw it away on his return to the black west end of segregated city of Louisville, Kentucky, where he was born on January 17, 1942, after being excluded from a hamburger joint. The same year he won his first professional fight on points.

With success came stardom and Ali began to become stronger in strength and status. Ali, a greenhorn and underdog, defeated the reigning heavyweight champion and presumably invincible Sonny Liston for the World Championship on February 25, 1964. "Dismantled brick by brick and tile by tile, Liston aged 10 years in less than 20 minutes and retired on his stool before the start of the seventh round," said Frank Keating.

The very next day Ali stunned the world by declaring that he had converted from Christianity to Islam, become a Black Muslim and renounced his "slave name". When he fought Ernie Terrell, who would not call him by his Muslim name and insisted on calling him Clay, he beat him severely for 15 rounds in 1967. "What's my name? What's my name?" he kept shouting and beating his adamant opponent and victim.

He subsequently refused call-up into the American army, using his Black Muslim religion to claim the status of a conscientious objector, saying he was not interested in joining the war in Vietnam in 1967. "No Vietcong ever called me a nigger," he thundered. The US boxing bodies suspended his license and stripped him of his titles. He was banned from boxing until 1970, which meant he was robbed of his pink years, between the age of 25 and 28, as a boxer.

"I remember the teachers at my high school didn't like Ali because he was so anti-establishment and he kind of thumbed his nose at authority and got away with it," said renowned American professional basketball player Kareem Abdul-Jabbar. "The fact that he was proud to be a black man and that he had so much talent … made some people think that he was dangerous. But for those very reasons I enjoyed him."

Ali was as ferocious as ever when he returned to the ring with a three-round stoppage of Jerry Quarry in October 1970. His battles with Joe Frazier in 1971, 1974 and 1975 were arguably the greatest heavyweight fighting trilogy ever. Of course, the crowning glory of Ali's career must remain his epic "rope-a-dope" eight-round victory over George Foreman in what was dubbed the "Rumble in the Jungle" in Kinshasa, Zaire, now the Democratic Republic of the Congo, in 1975.

With due respect to their talents, it is only fair to say that it is because of Ali that boxers like Liston, Frazier and Foreman, to name only three from a long list of those he vanquished, are also pretty well-known names across the world. In a way, he also made the former Zaire president, Mobutu Sese Seko, famous. In fact, all those associated with Ali, including his trainers and promoters, owe a sense of gratitude to the maestro for their days in the sun.

Ideally, Ali should have retired after 1975, but he went on boxing irrespective of losing to some pretenders unfit to tie his shoelaces in his prime and pomp. He had earned both fame and fortune. He was magnanimous with his money for all the causes he championed. Maybe it was his passion for boxing that drove him on and on. But injuries sustained from boxing were slowly but seriously affecting his health and in 1984, three years after he finally called it a day, he was diagnosed with the dreaded post-traumatic Parkinsonism.

Men like Muhammad Ali can neither be replaced nor forgotten. His legend will live on.