In the wake of emergence of the new Omicron variant of COVID-19, the Mumbai Police have prohibited New Year celebrations and gatherings in any closed or open space, including hotels and restaurants. The orders were issued on Wednesday under Criminal Procedure Code (CrPC) Section 144 by Deputy Commissioner of Police (operations) S Chaitanya. 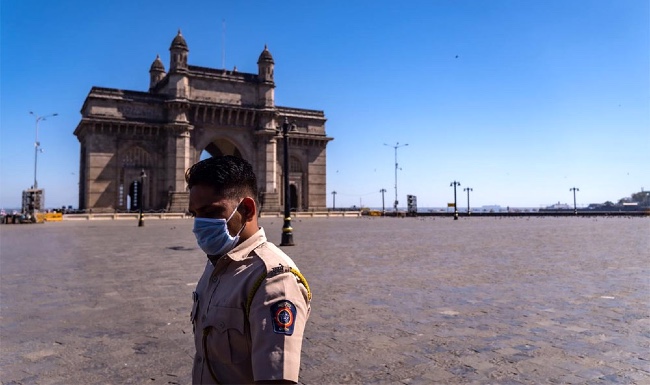 In the wake of intelligence inputs that Khalistani elements may carry out a terror attack in Mumbai on the eve of New Year, the city police have beefed up security at prominent railway stations and other public places, and also cancelled the weekly offs and holidays of its personnel so that its entire strength remains available for duty, officials said on Thursday.

"Police had received an input that Khalistani elements may carry out a terror attack in Mumbai on the eve of New Year," a police official said. Hence, in order to maintain law and order situation, police are on alert and will be keeping a strict vigil across the city on December 31. Considering the possibility of people gathering at prominent places like the Gateway of India and Marine Drive to ring in the New Year, a large number of personnel will be deployed in the city, he said.

"We have cancelled the weekly offs as well as holidays of the police personnel for 'bandobast' duty on Friday," he added. "Mumbai police have prohibited all the new year gatherings and parties in closed and open places, there is a possibility that people may gather in small groups of not more than four persons," the official said.

In addition to the city police, the Government Railway Police (GRP) have also stepped up security at prominent railway stations considering the threat and anti-sabotage measures have been taken, another official said.

In a tweet, Quaiser Khalid, Commissioner GRP Mumbai said, "In view of the covid 19 situation we advise people to adhere to government directions on the issue." "We @grpmumbai have deployed large manpower for checking, frisking & anti-sabotage measures at important Rly Stn. We will enforce laws firmly. We request people's cooperation," he added.