So what's wrong in making Mahalaxmi Race Course into a theme park?

Another Case for the CBI

Preeti Rathi from Delhi, who was on her way to becoming a lieutenant as a nurse at the navy hospital in Mumbai, finally succumbed to the acid attack injuries. Doctors said her condition deteriorated over time due to multiple infections and, in less than a month, after an unknown person threw acid on her face, she was gone. Her parents demonstrated in front of state home minister RR Patil’s house and demanded a CBI enquiry because the local police are yet to crack the case. They had also refused to cremate her body until the government assured them of an independent probe. The government agreed to hand over the probe and consequently, her last rites were performed in Delhi on Monday. With so many high profile cases to handle, will the agency be able to devote time for this one?

The lease of Mahalaxmi Race Course (designed after Melbourne Race Course) given by the Municipal Corporation of Greater Mumbai to the Royal Western India Turf Club Ltd. has expired. What may have been a formality to extend the lease is now a small but interesting controversy. Shiv Sena chief Uddhav Thackeray has proposed a theme park on that 200-plus-acre space, right in the centre of the city— which should be open to public. He repeatedly said that the issue should not be politicised and he clarified that he does not want a Bal Thackeray memorial on the space. However, NCP leader and state industries minister RR Patil immediately said it was not Uddhav’s decision to make and the state government would decide. Although Uddhav met the chief minister, every one is non-committal on the issue. It is unlikely that anything will be decided any time soon considering the last time lease came up for renewal few years ago it was lying in the cold storage for several years. Who will win this race? Bets anyone? Don’t’ you worry, it is legal on the race course! 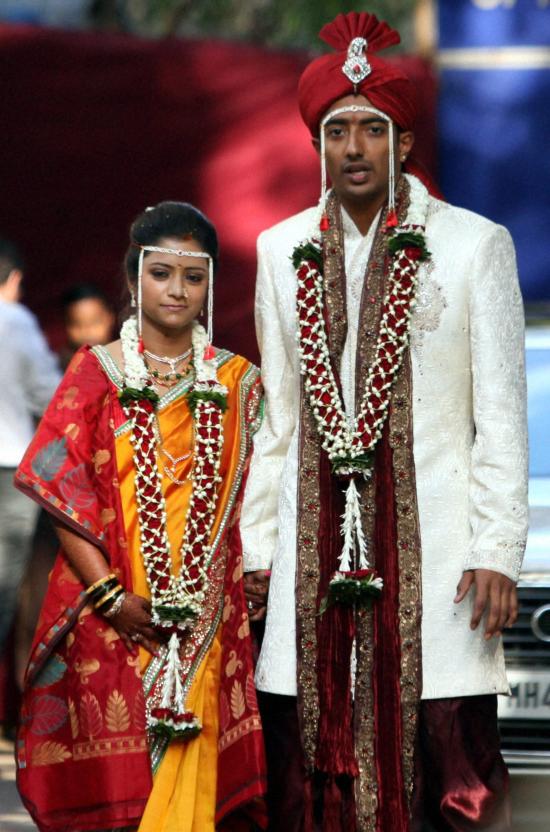 Former Rajasthan Royals bowler Ankeet, in custody for alleged spot-fixing, was given conditional bail for his wedding. It went as per plan on June 2 with about 400 guests— except for gate-crashing media. The couple also posed for a post-wedding picture. However, the journey doesn’t look so happy because the players have now been booked under the stringent Maharashtra Control of Organised Crime Act. On the other hand, Vindoo and Gurunath got bails in the betting cases in Mumbai.

The most popular Mumbai-Pune train, Deccan Queen, which boasts of daily passengers who live in Pune and work in Mumbai, turned 83. As a matter of annual routine, passengers and railway officials celebrated the ‘happy birthday’ on the train itself. With hundreds of passengers, who make it in time for office roster and dinner at home, the train is known for its speed, on-the-dot punctuality and its delicious pantry service. It was also one of the first trains to have a dedicated ‘ladies only’ compartment.

Two deaths have once again stunned the city— suicide of actor Jiah Khan that perhaps once again exposes the pressures, complexities and challenges of being part of the ruthless glamour industry and surviving in an often-unforgiving city. There will be different versions and accounts of who is to be blamed and how it happened but the lovely Jiah khan who romanced none other than Big B in Nishabd is gone forever.

The other death was of a teenager Nidhi Pandey, who died on the spot when a bus hit her as she crossed the road. Reports say she was listening to music and had her earphones on. Increasing number of cases where pedestrians or drivers are unable to spot a speeding vehicle or control the car while driving because of constant mobile usage is worrying the traffic cops and concerned citizens alike.

Not so Lucky Lottery

This used to be one of the most awaited events— like the Derby horse race for the rich or Filmfare awards for Bollywood, or IPL (ahem!) for cricketers. For a few thousand houses, Maharashtra Housing and Area Development Authority used to receive lakhs of applications— primarily because they were affordable. However, this year the prices were hiked by a cruel 30 to 40% compared to previous years. The number of applicants dropped and there were categories where applications were fewer than houses. The lottery venue, which used to be packed and more, resembled a matinee show of a bad film on a weekday. They may have another lottery by November 2013 but the attraction for houses that are not really the best-constructed houses in the city will continue to dip if prices remain high and comparable to market rates.

Finally, the rain gods have obliged and Mumbaikars had a good weekend. Officially, the monsoon is yet to arrive as it is just around the corner in Karnataka- Goa belt. However, rain-filled breeze replaced the worry lines with broad smiles on faces of people, who are now fed up of panting, puffing and sweating in this high-humidity, high-temperature, polluted and globally- warmed city. The municipal corporation has already issued emergency numbers etc on their website. Never mind wading through half-repaired roads, pot holes, waterlogged streets and flooded narrow lanes, train delays and traffic jams, Mumbaikars will soon throng the sea fronts starting at Marine Drive, Worli sea face, Band Stand, Carter Road, Juhu and onwards to enjoy the splash of super high waves and tides. It’s time for bhutta and Bambai ki barish!