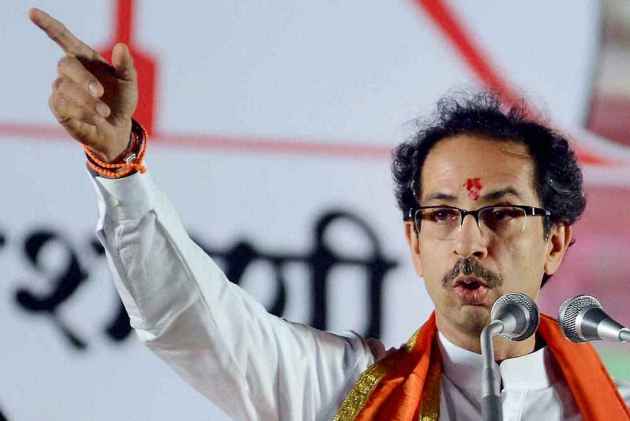 After the Wave, the Brewing Storms

After the Modi wave, swearing in, cabinet announcements and so on, the state BJP and Shiv Sena leaders are still basking in reflected glory. They are more than confident of winning the upcoming Assembly elections. Reports of bringing Modi’s campaign strategy star Amit Shah are doing the rounds. However, along with the happy, almost giggly meetings, slowly the seat-sharing issues are creeping in. Sometimes egged by the media, sometimes by party workers, leaders from the grand alliance are speaking of aspirations to become chief minister, ministers and getting more seats. Shiv Sena chief Uddhav Thackeray, who has conclusively trounced his bête noir Raj Thackeray in the Lok Sabha elections, said it was his party workers who wanted him to be the next chief minister. He is, of course, happy to oblige. We still don’t know if BJP’s Gopinath Munde too harbours the same ambition and will want to come back to the state in time for swearing in. Marathi papers have also spoken of a new slogan, “Delhi mein Narendra, Mumbai mein Devendra (Fadnavis)” indicating that the state unit chief may just get a bigger role (meaning CM?) to play in the elections.

Few months ago, everything seemed just fine with Raj Thackeray and Maharashtra Navnirman Sena. He had visited Gujarat, met and appreciated Narendra Modi. He followed up with much-publicised toll agitation. He continued to speak about how he wants development for all as long as they swore allegiance to Maharashtra. Sharad Pawar too praised him. Comparisons between milder Uddhav and aggressive Raj would not stop. Reports were rife about the grand alliance of BJP-Sena to include MNS. None other than BJP’s Nitin Gadkari met him and requested to not contest Lok Sabha. If these were not good signs, what could be?

However, something snapped and things deteriorated so fast that on May 16 MNS ended up being the ninth party in terms of vote share in Maharashtra and all 10 candidates lost their deposits failing to get a minimum of 1/6th of vote share. From playing the spoiler in 2009, when the Marathi votes were indeed divided between the Shiv Sena and MNS, it ranked below the fledgling and faltering Aam Aadmi Party in 2014 (remember he had earlier boasted that MNS is Aap Ka Baap) In Mumbai the Sena-BJP combine won all six seats from the Congress-NCP, which had benefited from MNS vote share in 2009.

But Raj has now done the unthinkable by Thackeray standards. On Saturday he announced that he would be contesting elections and will be his party’s CM candidate. If he does he will be the first Thackeray to contest polls and seek a mandate. If reports are to be believed, he is also planning to have a blueprint of development (about which he has been speaking for many years) as part of his campaign strategy. It may sound similar to Narendra Modi’s campaign but MNS leaders deny any copying. And yes, it is all quiet on the Congress-NCP front.

In the past there have been many reports about doctors working with Tuberculosis patients contracting the deadly disease themselves. The para-medical staff is just as vulnerable, if not more, and last week one more succumbed to Multiple Drug Resistant TB at the Sewree TB Hospital. Hasmukh Solanki, a 30-year-old sweeper died after being on treatment for several months. Experts are cautioning that people are directly contracting multiple drug resistant TB, much harder to treat and suffer. The union of workers claims that more than 30 staffers have died because of TB at the hospital in the past few years and another 25 or so are undergoing treatment. The civic body and hospital authorities had started a scheme wherein they provide nutrition supplements such as eggs. Doctors say that patients do not follow the medication regime and end up getting worse forms of resistant TB. However, the union claims it is not enough and blames the authorities for not having adequate facilities at the hospital. As if all this was not bad enough, a patient, who had tried to commit suicide last week, succumbed to TB just two days after he slashed his throat. After undergoing treatment for few months and not having any family member, the young man was extremely depressed and was also suffering as both his lungs were damaged. That is just an indication of how difficult and complex this killer disease is, that seems to spare no one.

While it all seems grim on TB, there is a glimmer of hope on the cancer front. For over a year Maharashtra has managed to continue the ban on gutkha and pan masala, both a major cause of oral cancer in India. And the efforts have not gone unnoticed. Mahesh Zagade, the no-nonsense FDA Commissioner received international recognition for his anti-tobacco crusade along with five others for the south East Asia region. The World Health Organisation awarded him on the occasion of World No Tobacco Day observed on May 31. He has taken on many powerful and connected businessmen to ban tobacco and gutkha in Maharashtra. The FDA has destroyed gutkha worth crores after seizing from various shops and store houses. Apart from tobacco related initiatives, he has also tried to tackle over-use of antibiotics by making doctors’ prescriptions compulsory and keeping a track of abortion-related medicines to check on female foeticide. Mumbai is surely proud of the soft spoken but tough task master.

This week marks the beginning of the end of two very different entities. Moving of INS Vikrant to ship breaking yard surely causes much heartache for defence or conservation enthusiasts. But May 31 was also the deadline for Campa Cola Society case, where the civic body is now expected to pull down 35 illegal floors spread over several buildings in the compound.

Shiv Sena chief Uddhav Thackeray is planning to take up the issue with new defence minister Arun Jaitley and request the centre to intervene in the matter and save the warship and convert/conserve it into the naval museum that it was. The Public Interest Litigation to salvage the ship is pending before the Supreme Court. Ironically, the Apex court has agreed to hear the Campa Cola petition too. While both seem unsustainable and untenable propositions, the city gets ready to lose some history and perhaps some questionable real estate practices too.

Last one week was very special for Salim Ghouse and his team of Shakespearewallah (not to be confused with the 1965 Merchant Ivory production Shakespeare Wallah). They performed their ode to the Bard at Stratford Upon Avon Arts Festival in the UK. The play is in the format of a play within a play where an actor-clown reminisces about life and art at the dusk of his career. As the play unfolds characters from Shakespeare’s work enter and exit, offering more questions than answers. The 10-day long festival has music, visual arts, film and animation and theatre of course.