As the new academic year begins in schools and colleges, authorities try to find ways of accommodating another one of BJP government's gentle diktats... 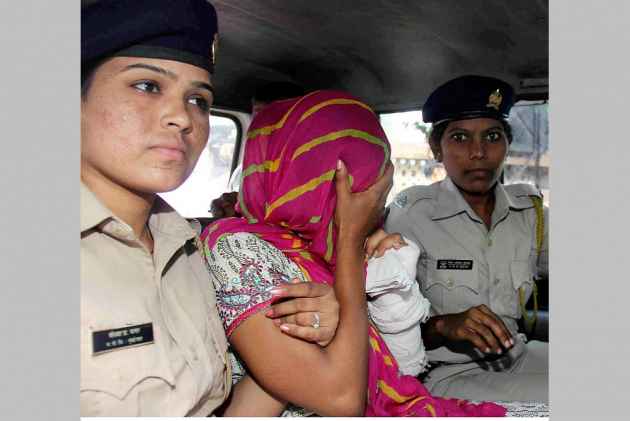 Yet another gruesome case of drunk driving. This time the accused is a top corporate lawyer, Janhavi Gadkar, working with the Reliance Industries, driving an Audi, after downing two to six pegs of whiskey (depending on different reports), on the wrong side of the Eastern Express Freeway. The victims — a cab driver and a father of a son who had just passed his Class X exams. The two were killed instantly while remaining family seated in the back had to watch the horror but escaped with injuries.

Reports also indicate the 35-year-old lawyer tried to bribe her way out. She has also given a statement admitting that she was inebriated. The victim's family had stepped out to celebrate their son's success and were on their way back from a Dhaba outing. Janhavi was returning after celebrating at Marine Plaza on Marine Drive for a new contract for her office. All I am wondering is if you can afford to party at Marine Plaza, drive an Audi, are above average in intelligence and achievements — why can't you or your friend have the sense to call a driver to drive you home?

Will this be one of those cases where the accused — whether convicted or not — like a super star we know — remain out of jail and carry on as if nothing happened? Now the police plans Nakabandis all days of the week. 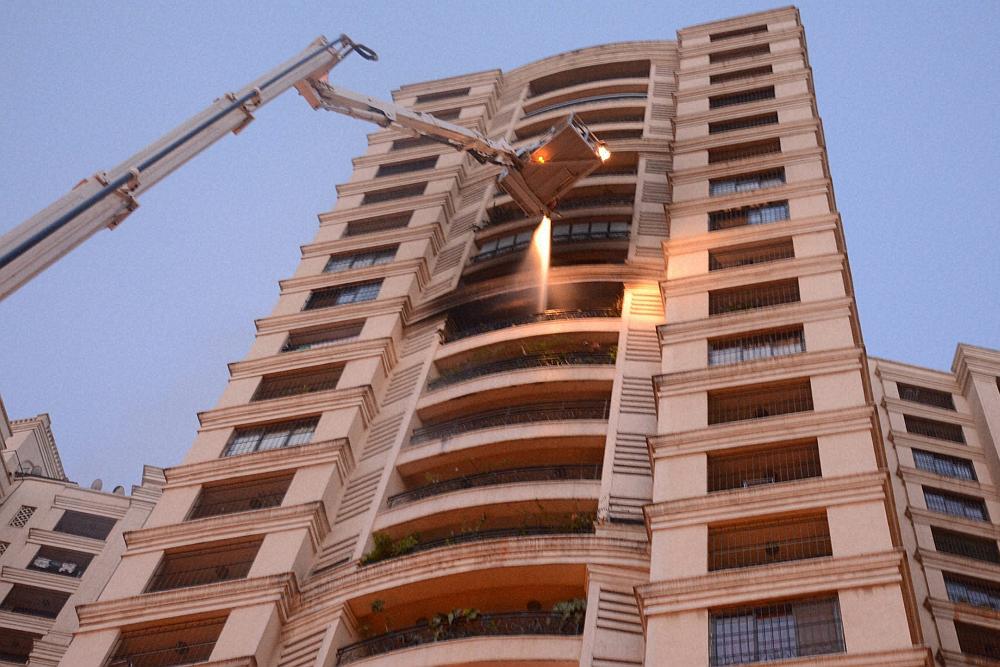 No respite in accidents and tragic incidents. In less than a month after the Fire Department lost its top officers, another blaze in an upmarket tower in Powai killed seven residents and injured more than 20. The fire, believed to have started in the air conditioner on the 14th floor of Lake Home Society, spread to 15th and 16th floor. Five of the deceased, instead of taking fire escape routes through staircase, tried to escape through the lift and died of suffocation. Other two were found in the passageway. Allegations about cars parked in the passage way obstructing the fire engines and about open ducts which may have helped the fire to travel, have been made.

However, while the department gets modern equipment and high rise ladders etc, how about conducting fire drills. Would that have helped?

Breathe in breathe out

Even as we welcome the monsoon and the reopening of the new academic year in schools and colleges, authorities are already trying to find ways of accommodating another one of BJP government's gentle diktats. The Education and Culture Minister Vinod Tawde declared that schools in Maharashtra need to observe World Yoga Day on June 21, which incidentally falls on a Sunday. While some Muslim groups protested the compulsion to do Surya Namaskar, which is against their religious sentiments, some school authorities pointed out that they cannot organise programmes on holidays. Remember the previous experiments of Mann Ki Baat broadcast on Teachers' Day, Good Governance Day on Christmas Day. Tawde quickly clarified saying it is not compulsory and schools can observe it on the following day as well. He said they were also mulling over including Yoga in curriculum.

By the way isn't June 21 also the longest day in northern hemisphere because of Earth's tilted axis position? Just a stretching coincidence.

Ye re ye re pawsa

Chief Minister Devendra Fadnavis, while juggling several foreign trips to urge foreign investors to make in Maharashtra, which may or may not work, has also managed to make a rollercoaster trip to  Marathwada covering Akola, Washim, Beed and Osmanabad districts along with Pankaja Munde, Gopinath Munde's daughter. Prior to that they observed Munde's first death anniversary. Mr Fadnavis paid a visit to a family where a farmer had recently committed suicide. They handed a cheque to his family and also promised to build a well for the family. They also inspected several irrigation-related works such as cleaning of the river beds and concretisation of the canals. All welcome efforts. 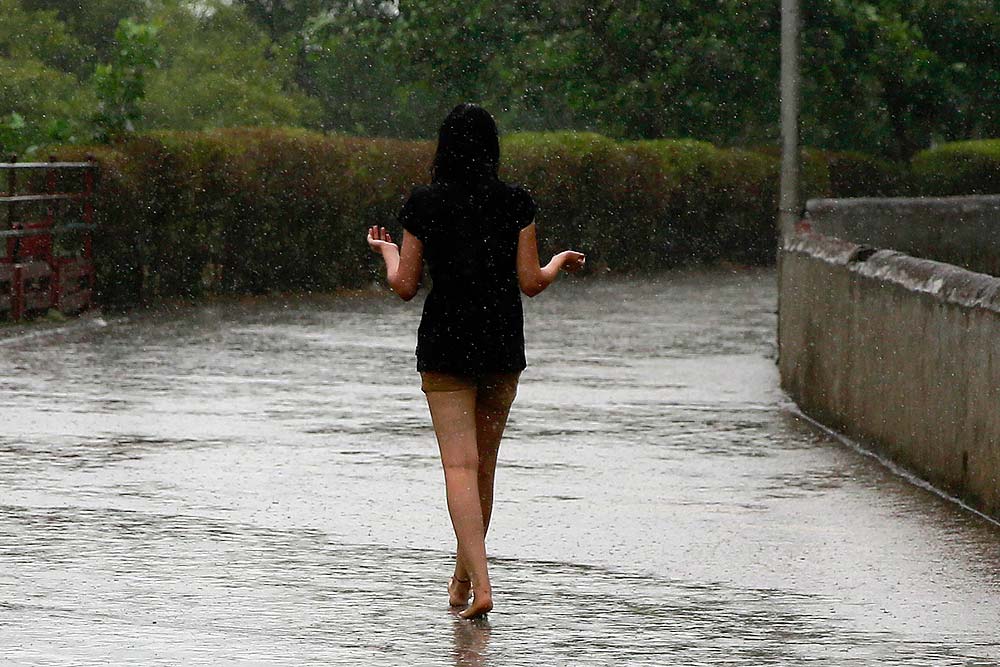 However, everyone is nervous and anxious about the monsoon (predicted to be below average this year), which has just arrived in the city. For now, everything is squeaky clean and the wet nip in the air is making all of us very happy and a little high. We will save the reports of pot holes, waterlogging and traffic jams for another time. Gorge on the kadak chai and pakodas for now.

Go Dutch with work and pleasure

In the meanwhile, some serious meetings regarding infrastructure and help in green technology also happened with the Dutch Prime Minister Mark Rutte and Chief Minister Devendra Fadnavis. Holland has agreed to help India for the controversial and much talked about projects — the coastal road and Metro-III line in Mumbai that ambitiously plans to connect north and south Mumbai. "It is well known that the Netherlands is the global expert in creating land and infrastructure in the sea. Nearly seventeen percent of the Netherlands' current land mass has been reclaimed from the sea and lakes. Mumbai and Netherlands are similar in that both are densely populated and that because of the shortage of land, it is necessary to create infrastructure in the sea," said the CM.

Why do I get the sense that is where the similarity would end? Must visit and see! But before that a visit to the Cruyff court, a type of football court, in Parel for public use, is perhaps more doable. They should have kept that cute-looking model windmill somewhere, with an endless supply of Heineken may be.

Time to start preparing for a long outing in November when city's best loved film festival, popularly called the MAMI fest is scheduled. Why so soon? Because in its new corporate, well-funded avatar (by Reliance Jio), last Friday Bollywood's prominent personalities got together for unveiling the logo. With an all-new logo and all-new plans, Kiran Rao, Anupama Chopra and Karan Johar spoke of their support to the festival and spoke of plans to have entries from all over India apart from best of world cinema. Although I may have missed the old world Shyam Benegal charm and simplicity of the previous editions, I am happy that the festival now has financial support that it needs and so richly deserves. However, hope the selection of the best of best isn't affected in efforts to make it more "popular."