And even as a busy, really busy, year wraps up, here are a few happenings that rattled and tickled us 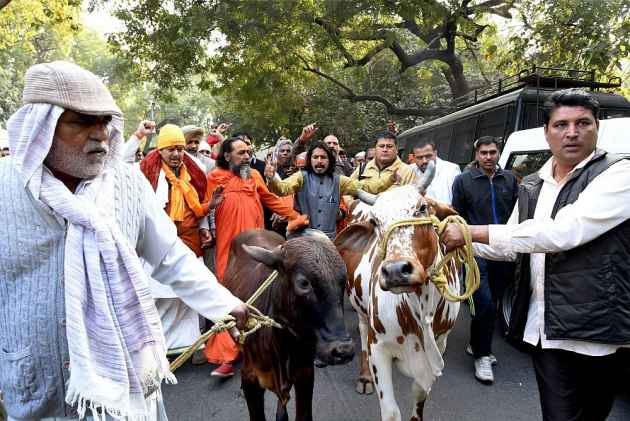 Even the right wingers in the state did not really see this coming, let alone those thousands of people, who are involved in the "beef" chain from farmers to hungry consumers. When the earlier ban on cow slaughter was extended to bulls and bullocks and made punishable with jail term and a fine, intense public debate followed. Arguments ranging from freedom to eat to need for the poor to consume affordable protein to farmers' inevitable choice of selling the old cattle that they can no longer feed and look after, have all fallen on deaf ears. Not just that, later there were attempts to ban meat during Jain Paryushan period, which was resisted by the BJP ally Shiv Sena itself. Also they are trying to set up cow shelters now.

While this seems like an annual feature of every year, this year was particularly bad for those in Marathwada, which sadly emerged as another suicide prone region in the state. In absence of sufficient rain, loan waiver is not an option, chief minister Devendra Fadnavis has clarified and has promised several projects for water conservation and irrigation. However, the congress has alleged that of the Rs 4000 crore that was promised for relief, not a rupee has yet reached the farmer and the actual requirement would go to the tune of Rs 25,000 crore. And even as orange orchard owners in Vidarbha are regretting a bumper crop that has caused price crash, the ever increasing price of Toor dal is driving the common man crazy. Minus beef and minus toor, we better not analyse the protein consumption of the poor. 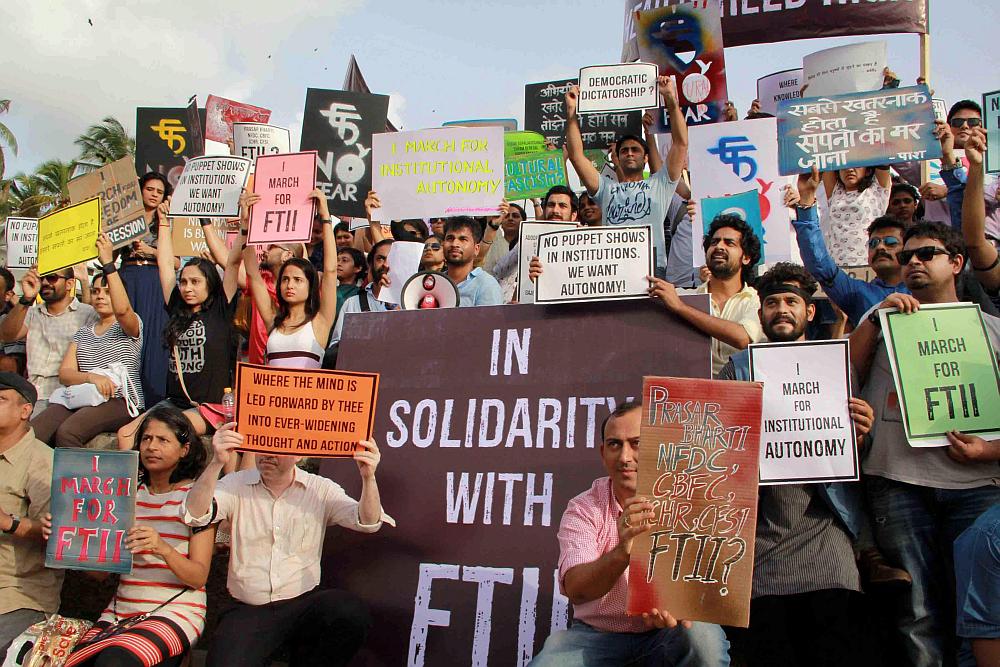 No one expected this small but fearless and composed bunch of students to last in front of a defiant government that appointed Gajendra Chouhan as the Chairman and four others with right wing links and not much to show for qualifications, to be members of the film society. The students finally called off their strike after a massive 139 days, which was marked by arrests and crackdowns, protests, so that students could get back to completion of courses. The students continued to protest, be it at the Goa film festival or refusing to budge on demands in meetings with the government officials. Chouhan is yet to take charge on campus.

Aise toh, Mumbaikars have stopped reacting to accidents on railway tracks long ago, but this one rattled one and all. A video of 21-year-old Bhavesh Nakate, holding on to his life on the outer side of a footboard on a packed train and falling off the train to his death, went viral and the systems – railway authorities, politicians, the Bombay High Court and the social media, all took cognizance of the sub-human lives led by a majority of working class Mumbaikars. New trains with more standing space and less seats have been introduced, the High Court has asked if office timings could be shifted and railways are urging people to not to board overcrowded trains.

Apart from the jokes such as "It was the car that was drunk", acquittal of Salman Khan from the Bombay High Court in a 13-year-old drunk driving case has evoked a sense of disillusionment because of the flip flops that occurred in the past year or so. Before he was convicted by the Sessions court, his driver Ashok Singh had sprung a surprise declaring that he was behind the wheel on that fateful night when Salman allegedly rammed his car on the pavement killing one labourer, who worked in the nearby bakery. It is another matter that Salman did not go to jail even for a day after his conviction because bail was secured from the High Court before one could finish watching Bajrangi Bhaijan. The state government has said it would appeal against his acquittal in the Supreme Court. Till then enjoy his upcoming films. 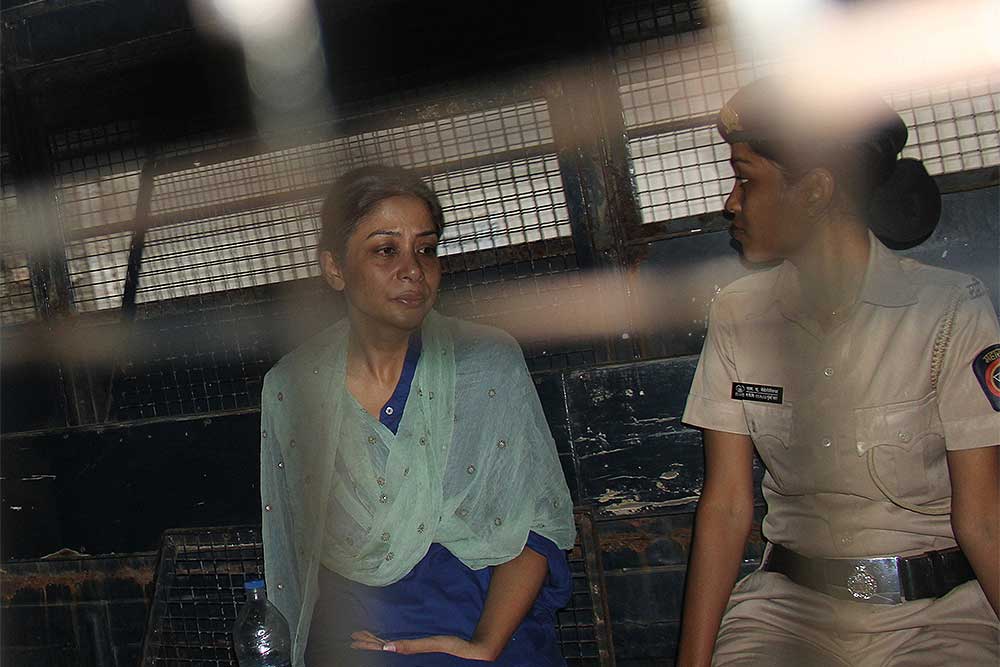 Mumbai high society has been in a state of mild shock for the past few months. First Indrani Mukerjea, media honcho and wife of Peter Mukerjea, was arrested for allegedly murdering her daughter Sheena Bora, earlier identified as her sister for years. Several conspiracy theories and ugly details about personal lives splashed all over media and then Peter Mukerjea too was arrested. In the meanwhile, her ex-husband Sanjeev Khanna had been arrested, Commissioner Rakesh Maria was shifted abruptly to DGP's level for reportedly being "too involved" with the probe and the police were caught on back foot for not having investigated the case when her body was found three years ago. Then before that dust could settle with a CBI inquiry and judicial processes, artist Chintan Updhyay has been arrested for allegedly plotting to kill his wife Hema and her lawyer Bambhani. Ye kya ho raha hai bhai.

Yakub Memon, the brother of Tiger Memon, convicted as the mastermind of the 1993 serial blasts, was hanged to death after a night long hearing in the Supreme Court on 31st July.

And though it all looks bleak, there were some rays of hope and some orange glow…

The state has become the first in the country to propose a law against the absolutely abhorrent practice of social boycott, usually on the basis of caste. With several incidents of atrocities against Dalits including killings of a boy and another family in Ahmednagar District, it seems as if the state is really plunging into the dark ages. However, 'Maharashtra Prohibition of Social Boycott Act, 2015' proposes severe action against caste panchayat that outcast and ostracize families, communities or persons on basis of their caste.

Despite Gujarat model that has been lauded in India and abroad, it emerged that Maharashtra has continued to be the most preferred destination for FDI. Also Make in Maharashtra campaign of CM Devendra Fadnavis has yielded great results with "assured investments" to the tune of Rs 72,000 crores expected in different projects in the state. It is a big number but one cannot tell what impact actually it will have on people's lives in terms of displacement, employment and purchasing power.

The Queen's Necklace that marked 100th anniversary (of its commissioning date December 18 1915, it was completed few years later) this month, has been in the news for having Yoga By the Bay, open air gymnasium, conceptualised and executed by Aditya Thackeray and Dino Morea and most importantly the decision of the civic body to put white LED lights on Marine Drive that completely robbed it of its lovely orange-yellow glow. The Bombay High Court stepped in taking note of resistance from citizens to heritage activists and said that the glow must be brought back. According to reports, the Queen's Necklace will ring in the New Year with its old charm, warm and yellow.

Despite the terrible twisting of historical facts and unbearable, unwanted additions of songs that made me think of the movie as a Bhansali version of Hum Aapke Hai Kaun, Bajirao Mastani is a film that belongs to Ranveer Singh. Though the Marathi Manoos in me felt good that a mainstream film has tried to capture Maratha history, I was sorely missing the sincerity with which Jodha Akbar seemed to have been made. It has been written and made so badly that I'd rather watch SRK doing Pinga with Kajol in Diwale, which released on the same day. If you can ignore all the lamps and sets and explosion of colours and everything that has a Bhansali mark on it, watch it for Ranveer, the actor and not much else.

And last but not the least, the biggest news in this part of the world is that we have recorded lowest temperatures in decades at 11.3 degrees Celsius just in time for Christmas parties and ushering of the New Year by officially partying till 5 am. Wish you a happy, truly happy, new year.