Pasbola argued that when Rane was questioned on December 24, the police had just begun their probe into the case. 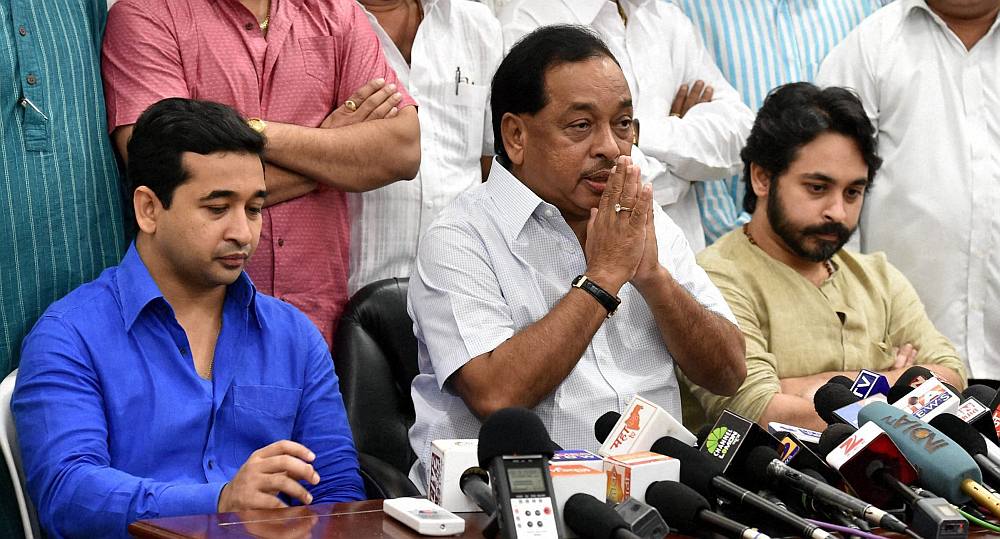 The Maharashtra Police on Tuesday assured the Bombay High Court that they would not take any coercive action against BJP MLA Nitesh Rane till January 7 in an attempt to murder case registered against him in the state's Sindhudurg district.

A single bench of C V Bhadang posted the anticipatory bail application filed by Rane for hearing on January 7 and directed the police to file their affidavit in response to the plea. Special public prosecutor Sudeep Pasbola told the court that a preliminary probe has revealed that Rane was allegedly the "mastermind" in the case and that he was evading interrogation.

Pasbola sought time to file an affidavit following which Rane's advocate Niteen Pradhan sought interim protection from arrest for the legislator. “He (Rane) is being prosecuted only for humiliation. He appeared at the police station concerned on December 24, 2021 and his statement was recorded. Later, he was intimated that he might be arrested following which he sought pre-arrest bail,” Pradhan told the court.

Pasbola argued that when Rane was questioned on December 24, the police had just begun their probe into the case. “However, on December 26, one of his (Rane) associates was arrested who revealed his role in the case. Our investigation has revealed that he (Rane) is the mastermind in the case,” Pasbola claimed. The high court then said it would hear both the applicant (Rane) and the police on January 7.

Pasbola then gave an oral assurance to the court that till the next date of hearing (January 7), the police would not take any coercive action against Rane. The court also directed the police to produce before it the case diary. Nitesh Rane, the son of Union minister Narayan Rane, in his plea claimed he was falsely implicated in the case and that he was being targeted due to political rivalry.

A sessions court in Sindhudurg had last week rejected Nitesh Rane's bail plea following which he moved the HC. In his plea, the MLA, who represents the Kankavali constituency in Sindhudurg, claimed the case against him was registered with the sole aim of preventing his participation in the Sindhudurg District Co-operative Bank elections that were held on December 30, 2021.

An FIR was registered against Nitesh Rane and others at the Kankavali police station last month under Indian Penal Code Sections 307 (attempt to murder), 120(b) (criminal conspiracy) and 34 (common intention). The case pertains to the alleged attack on local Shiv Sena activist Santosh Parab during the campaign of the bank elections. In a setback to the Shiv Sena, a panel led by Narayan Rane had won the Sindhudurg District Central Cooperative Bank elections.