Muslim College Principal Heckled For Hoisting Tricolour With Shoes On

When the principal was about to hoist the flag, a man objected and asked him to remove his shoes before unfurling the tricolour. 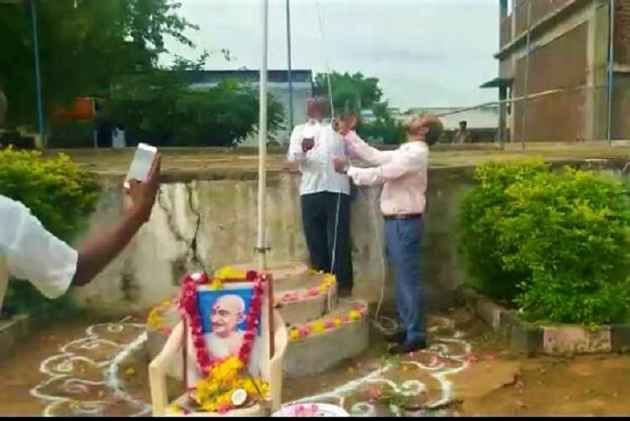 They demanded that the principal remove his shoes before unfurling the tricolour.

The arrested persons were later released. According to Armoor (rural) police inspector Narashimha Swamy, the group of men allegedly gheraoed and heckled Mohammed Yaqeenuddin, the principal of the Government Junior College in Ailapur village near Nizamabad, for hoisting the national flag with shoes on.

When the principal was about to hoist the flag, a man objected and asked him to remove his shoes before unfurling the tricolour.

However, the principal did not heed to his request and went ahead with the hoisting of the flag, which irked other people who then allegedly gheraoed and heckled him, he said.

"The principal on Thursday lodged a complaint with us. We registered a case against 16 persons. They were arrested and later released on bail," Swamy told PTI.

The Nizamabad police booked a case against the arrested persons under relevant IPC sections, including 290 (punishment for public nuisance), 332 (voluntarily causing hurt to deter public servant from his duty) and 153A (promoting enmity between different groups on grounds of religion, race, place of birth, residence, language).

Reacting to the incident, MIM chief Asaduddin Owaisi tweeted, "Every BJP chief Minister was wearing shoes, will they protest and assault them only because the principal is a Muslim they are cowards (sic).